We’ve written recently about student loans: Notably about how difficult they are to get out of and which kind of loan to choose. Well, we’ve got more news on student loans, and this time it’s not bad news. 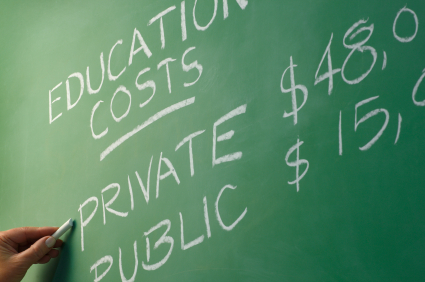 Be Sure To Read The Fine Print

The major exception to the federal repayment plan guidelines is that private student loans do not qualify.  Only loans backed by the federal government, which usually feature fixed or lower interest rates, can be repaid using the government’s plan. The plan mandates that the maximum percentage of income that can go towards re-paying loans is 15% per month. If contributing 15% of your income each year doesn’t repay the loan in 25 years, all remaining debt will be forgiven.

For those who work in the public sector, all remaining debt will be forgiven after 10 years of annual contributions. Starting in 2014, the program gets even sweeter for borrowers: All federal loans will be capped at a maximum of 10% of the borrower's discretionary income, and the repayment maximum will be lowered to 20 years for non-government employees. Government employees’ repayment plans will not change in 2014.

Details Of The Repayment Plan

If the total amount of your loans is equal to or greater than your annual salary, it's likely that you are eligible for the income-based repayment program. The amount you pay each month is based on your discretionary income.  If your income is under 150% of the poverty line for your family size, then you pay nothing each month.  If a single person makes $60,000 per year and owes $60,000 on their loans, then he or she would pay more than would someone supporting a family of four on the same income.

Allowances also exist for those borrowers whose income has changed dramatically since their most recent tax return. Currently, there is a marriage penalty that does not account for two student loan payments within the same household, but that should be repaired beginning in July.

How To Take The First Step Away From Debt

To apply for the repayment program, contact your lender.  Many consolidated loans are eligible, but borrowers who have defaulted on a loan must rehabilitate it before they can qualify for the repayment plan.  It's a good idea to keep diligent records of your employment so that in 10 or 20 years you will be able to produce the evidence you need to have your remaining debt forgiven.

Few borrowers currently use federal income-based repayment programs compared to other payment options such as deferment or forbearance, which suspend payments on federal loans while interest and fees continue to grow. The new legislation could prove to be highly beneficial for those incurring substantial debt by attending Ivy League schools or pursuing degrees in law or medicine.

One concern taxpayers might have about the federally subsidized loan repayment is that borrowers would be able to skip out on a large amount of student loan debt while tax dollars pay for the forgiven debt. Because the new plan would mean borrowers pay less per month and their debt is forgiven earlier, the government would absorb much more of financial blow than before.