Talking About Money is Something We All Need to Do

Start talking about money issues. The topic of money can be a touchy one and we jump straight in, so should you. 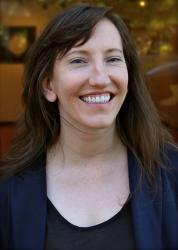 A year ago, my grandfather’s wife of forty years passed away. After building a life together and being suddenly torn apart, my family and I were there to help pick up the pieces. As you can imagine, after one passes, there are a lot of matters to attend to. One of the things we had to do is figure out what would happen with her assets.

As a personal finance blogger whose world revolves around money, I’m always shocked to find out that others don’t talk about money. But I have to remember that I’m the exception, not the rule.

However, not talking about money can lead to a variety of issues and, most importantly, leave you questioning what to do or where to go when faced with a money problem. By keeping money talks under wraps, you may find yourself lacking awareness about your money or spending habits. Or you may suddenly find yourself face-to-face with friction in your relationship over money issues.

At MyBankTracker, we want you to be an empowered consumer and the master of your money. To do that, it starts with a conversation. Here are three money issues we don’t talk about but should (and how to get the conversation started).

Money Issues We Don't Talk About - But Should

1. The State of Your Debt

I’m no stranger to debt. I borrowed a total of $81,000 in student loans. That shocking number has a happy ending, though. I paid off the last of my debt in December 2015. But it wasn’t until I opened up about the details of my debt that I started to take action and really make progress.

For years, I simply paid the minimum on my student loans. I didn’t talk about my student loan debt with anyone for fear they would judge me for how much I owed - or think I was ridiculous for getting into that much debt for an arts degree. I already felt full of shame and guilt about getting myself into so much debt and having trouble finding a job in my field on top of it. So I kept quiet and, in doing so, I remained in denial.

Once I faced the hard facts and started to tell friends and family my situation, I became serious about getting that monkey off my back. A series of powerful and eye-opening conversations led me to action.
“We need to talk about our debt. Most all of us have some. Maybe it was intentional and strategic, maybe it wasn't. But either way, we have it and that isn't something to be ashamed of,” says Jesse Mecham, CEO and Founder, You Need a Budget (YNAB).
Instead of ignoring debt and not talking about it, start the conversation with friends and family — and even yourself. Start by finding out:

“If you accept your debt and are able to speak about it, you'll find other folks in the same boat. You can be encouraged and supported and help each other toward new, healthier habits.” says Mecham. “The shame, that keeps us in the dark, serves no purpose but to keep us in debt.”

2. How Much You Make (And How to Build Wealth with It)

A few years ago, over dinner with friends, I spilled the beans on just how much I was earning — and my friends did, too. Finding out just how much everyone earned was enlightening because I realized I was selling myself short. This conversation blossomed into a deeper conversation about the art of negotiating and asking for more.

One of my friends had recently found out that a colleague - with the same job title and same work duties with similar work history - was making significantly more than her. I’m talking about tens of thousands of dollars more than her. Suffice it to say, my friend was irked.

Though we all lamented about our pay, coming clean about how much we earned and sharing stories about income and salary made me think differently about what I’m worth. For so long, I simply accepted any job that was given to me. As a millennial dealing with the aftermath of the Great Recession, I felt lucky to even have any job compared to my unemployed friends.

Once I realized that I was selling myself short, I thought of all the additional money I could have earned in my lifetime already if I had the gall to ask for more - or if I knew what others were making in similar positions.

Not only is it important to discuss how much you earn with your close friends and partner, it’s also important to talk about how to leverage that salary to build wealth.
“I find that most of my clients don't have a clear understanding of how simple it is to become wealthy,” says financial coach, Lindsey Stringer.
Wealth can seem out of reach, especially when it seems like the cards are stacked against you with student loans, credit card debt, and more.
“For many of my clients, wealth is a mystical concept and the path to achieving it is believed to be non-existent or something you only start working on later in life,” she adds.
But that’s not true! There is an easy solution and a path to build wealth - and it starts with your habits.
“In reality, wealth is built through one dollar less spent and one dollar more saved and invested, started early on and repeated multiple times. It's as simple as that,” says Stringer.
Casually start the conversation with friends and family about how much they earn. For example, you can ask something like, “What does a position like that typically pay?” without sounding too intrusive. You can also look at online resources like Payscale to get a picture of how much you could earn in your desired position.

Additionally, start chatting with friends and family who are working towards building wealth. Ask them what specific steps they are taking and learn from them.

3. What To Do with Your Money After You Die

Okay, no one likes to think of their own death. But, like it or not, we’re all headed to the same destination - and it’s important to talk about how you want your money to be allocated after you die. You may think it’s not that important, but as evidenced by the situation with my grandpa, not having a plan in place can cause stress and confusion for those around you.

Here are some important things to talk about with your loved ones:

To prepare for this conversation, create a will that explicitly states how you want your assets to be divided and clearly state the beneficiaries. You can create a folder with this information and include any important account information and passwords.

Last year, just to be safe, my mother handed me a folder just like this so I can take action quickly if anything happens to her, not be stuck wading through various paperwork while mourning.

Talking about money can seem awkward or even difficult, but it’s crucial to start the conversation if you want to master your money, pay off debt, and build wealth. Keeping to ourselves, not talking with others, and not asking questions can hold us in a place of ignorance rather than one of learning.

By starting the conversation around these three important money issues, you can start acknowledging your financial reality and start to making changes where necessary. Not only that, but you’ll realize that you’re not alone and may even pick up some tips from those around you. And finally, talking about money has the added bonus of making the subject feel a bit less intimidating...so you can start tackling those bigger financial issues one step at a time.

About the author Melanie Lockert
Melanie Lockert is a personal finance writer, event planner, and founder of the award-winning blog Dear Debt. She paid off a total of $81,000 in student loans. As a creative professional, Melanie runs on coffee, wine, music, and a good standing desk dance party.
Read more
Read less
Add a comment