Bank of the West CD Rates Review: Should You Invest in Them?

Find out whether you should open a certificate of deposit (CD) from Bank of the West based on interest rates and early withdrawal penalties. 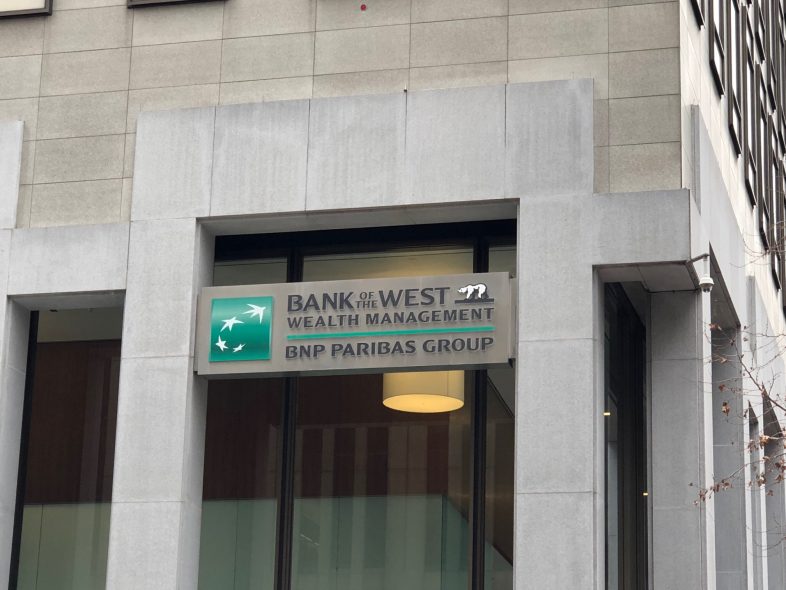 Bank of the West, a regional bank headquartered in San Francisco, California, operates more than 600 branches across the western United States. The bank offers a wide variety of banking services and deposit accounts.

Among the deposit accounts offered by Bank of the West are its certificates of deposit (CDs).

A CD is a special type of bank account. They give customers a place to keep their money safe and earn interest but come with a condition that sets them apart from other bank accounts.

When you open a CD, you have to make a commitment to the bank.

You promise not to make a withdrawal from the account until a specific amount of time has passed.

Because of this promise, the bank is able to better predict how much money it has to keep on hand to handle customer withdrawals. In exchange for your commitment, banks offer higher interest rates on CDs than on other accounts.

If you want to open a new CD, this review will cover everything you need to know about Bank of the West’s CDs.

CDs are able to offer a significantly higher interest rate than other deposit accounts can. They pay more interest than checking accounts, savings accounts, or money market accounts.

The interest that you can earn is the main reason you’d be looking to open a CD.

If you’re comparing two CDs, the main factor you’ll want to look at it is the interest rate.

Bank of the West is a regional, brick and mortar bank with more than 600 branches. This is good news because it means that you won’t have much trouble finding a branch to visit. It also means you can speak to someone face-to-face if you ever have questions about your account.

There is one significant downside to working with a brick and mortar bank.

They tend to offer lower interest rates than online banks do.

Running a brick and mortar bank is very expensive. They have to rent or purchase real estate to open branches. Then they have to pay for maintenance, utility bills, and hire people to staff the branches. They also have to operate a network of ATMs.

Online banks are far cheaper to run. They don’t need nearly as much real estate, instead centralizing their operations in just a few locations.

Bank of the West offers two main types of CD.

Both types of CDs offer a rate that is below average, even when compared to other brick and mortar banks.

If you want to earn a better rate, your best bet is to look to another bank, preferably an online bank.

Bank of the West does offer one way to earn a much better interest rate on your CD, but it can be difficult to qualify.

The bank’s Premium Money Market CDs offer 10 to 20 times the interest as the bank’s other CDs.

You have to commit a lot of money to earn the elevated rate.

You’ll need to deposit $25,000 to the account to earn the higher rate. Additionally, you’re more restricted when it comes to choosing the CD’s term.

They’re designed to be a place to store your extra cash if you won’t need it in the near future. Like savings accounts, they also pay interest on the money that you deposit.

There is a major difference between savings accounts and CDs that you have to remember.

When you open a CD, you make a commitment to keep your money in the account for a specific amount of time. This amount of time is called the CD’s term.

Bank of the West is very flexible when it comes to choosing your CD’s term. You can choose nearly any term between 32 days and 60 months. That makes it easy to make sure that your CD’s term ends when you need the money back.

Choosing your CD’s term is important because you will be penalized if you withdraw money from the account before the term ends.

These early withdrawal fees compensate the bank for your broken agreement.

Bank of the West bases the early withdrawal penalty on the CD’s original term. The size of the penalty is calculated differently for different CD terms.

Making an early withdrawal from a CD is the only way that you can lose money by making a deposit to a CD.

If the fee you have to pay is more than the amount of interest you’ve earned, you’ll lose some principal to cover the fee.

Many banks will not allow you to open a CD unless you can commit to depositing a certain amount of money.

Managing your CD isn’t free for the bank.

They have to pay the employees you interact with when opening and inquiring about the account. They also have to maintain the systems used to track your account. Unless you can deposit enough money, the bank will lose money on your CD.

The downside of these minimum deposit requirements is that it leaves many people unable to open CDs at all.

Instead, they have to open savings accounts which have lower minimum deposit requirements but lower interest rate.

Bank of the West has a somewhat higher than average minimum deposit requirement.

You have to have $1,000 to commit to be able to open one of the bank’s Flexible Term CDs.

If you want to open a Relationship CD you’ll need $2,500. If you’re unable to meet these requirements, you’ll need to look into opening a CD at another bank.

If you want to deposit more than the minimum, remember that CDs are insured by the Federal Deposit Insurance Corporation, but that the insurance has limits.

Individual Retirement Accounts offer tax benefits for people who use them to build their retirement nest egg.

Bank of the West gives you the option to open your CD account inside an IRA so you can take advantage of the benefits of both.

As a bonus, they reduce the minimum deposit requirement for IRA CDs to $100.

Traditional IRAs are a popular choice because they offer more immediate tax benefits.

When you contribute money to a traditional IRA, you can subtract that amount from our income on your tax return. That means you’ll have a smaller tax bill or get a larger refund.

When you later withdraw money from a traditional IRA, you’ll pay income tax as normal.

When you make contributions to a Roth IRA, you are not permitted to deduct the amount you contribute from your income for tax purposes.

However, you benefit in the future.

All withdrawals from a Roth IRA are tax-free. That means that you don’t have to pay taxes on the interest your money earns.

When a CD’s term ends, the CD is said to have matured. When a CD matures, you can make withdrawals without paying an early withdrawal fee.

Bank of the West gives CD holders a 10-day grace period to make changes to their CD after it matures.

If you don’t make changes during the grace period, your balance will be rolled into a new CD with the same term.

If you miss the grace period, you’ll have to pay an early withdrawal fee or wait until the new CD matures before you make changes.

Bank of the West requires large minimum deposits and doesn’t offer a high enough interest rate to justify the requirement.

You should shop around and consider other CDs, including online banks’ CDs.

Bank of the West’s CDs are not particularly exciting due to their high minimums and low rates.

Even the higher rates offered by the Money Market CDs are offset by the stratospheric $25,000 minimum deposit requirement.

You’re likely to be better off turning to an online bank to get a CD due to their high interest rates and low minimum deposit requirements.