Find out whether the certificate of deposit (CD) rates offered by HSBC Bank is worth investing in, after comparing to interest rates and fees from other CDs. 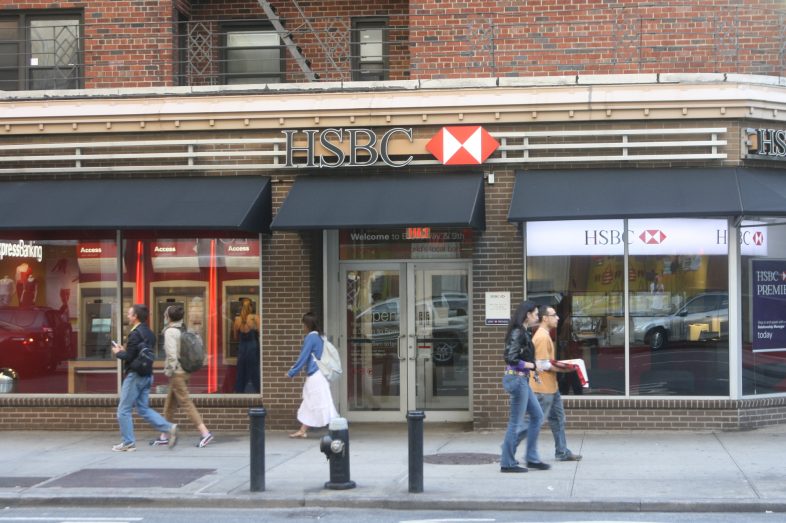 Put your money to better use if you don't need it for a while.

You know that's a smart move.

A certificate of deposit (CD) is just what you need to do the job.

As you come across HSBC, one of the biggest U.S. banks, its CDs may sound like something you'd consider.

But, first, learn more about the interest rates and fees. Then, compare them to other CDs.

Rates Do Not Impress

The number one reason you’d want to open a CD is the high rate of interest they offer, so you should always start by looking at the interest rates if you’re comparing CDs from different banks.

HSBC offers a different set of CD rates based on where you open the CD -- online or in-branch.

The HSBC online CDs offer a slightly higher rate than the CDs opened in a branch.

HSBC’s rates are closer to the rates that are offered by brick and mortar banks.

Many banks will offer interest rate tiers based on the amount of money that you’re able to deposit to a CD. People who deposit more money earn a higher rate.

HSBC doesn’t do this, offering the same rate to people regardless of whether you deposit the $1,000 minimum or $100,000.

CDs are a lot like savings accounts in that they’re supposed to be used for long-term storage of extra money.

However, there’s a major difference that you have to keep in mind.

When you open a CD, you make a promise that you’ll leave your money in the account for a set period of time. This period of time is known as the CD’s term.

As part of opening a CD, you agree not to withdraw money until the term has ended.

This is a good variety of terms, but some banks offer more customizability or terms as long as 5 to 7 years.

However, the CDs with terms other than 6, 12, or 24 months have incredibly low rates.

You may be tempted to open a CD with the longest available term, just so you can earn the highest rate.

If you cannot truly commit to leaving your money in the CD for the full term, resist that temptation.

If you withdraw money from your CD before its term ends, you’ll have to pay an early withdrawal fee to compensate the bank for the unexpected withdrawal.

HSBC bases its early withdrawal fees on the original length of your CD’s term. The fee structure is as follows:

Keep in mind that early withdrawal penalties are the only way that you can lose money by opening a CD.

Many banks won’t let you open a CD without having a sizable opening deposit.

Many CDs have high minimum deposits that block people from opening CDs.

If you’re not able to get enough money together to meet the minimum deposit, you’ll have to open a savings account, which pays a lower rate.

This is not an unusual minimum deposit, but many banks offer lower minimums.

Some brick and mortar banks have minimums as low as $500.

Online banks can have even lower minimums or no minimum deposit requirement at all.

Unfortunately, HSBC doesn’t offer IRA CDs, so you’ll need to work with another bank if you want that service.

Individual Retirement Accounts (IRAs) can give savers the opportunity to save money on taxes while they build their retirement nest egg.

When you make a contribution to a traditional IRA, you can deduct the amount of your contribution from your income when you file your tax return. This results in you having a lower tax bill or a higher refund.

In exchange, you have to pay income tax when you make a withdrawal from your traditional IRA.

When you contribute to a Roth IRA, you pay taxes as normal. When you make withdrawals from the account, you pay no tax, regardless of whether you’re withdrawing principal or earnings. That means your future tax bill is reduced.

When your CD’s term ends, your CD is said to have matured.

That is your opportunity to make changes to your CD or to withdraw money without paying a fee.

HSBC offers a ten-day grace period from the maturity date of your CD. You can make changes during this period fee-free.

If this period ends and you make no changes, your CD’s balance will be rolled into a new CD with the same term.

The new CD’s rate will be based on the current market rate.

Its offerings are even outshined by the CDs offered by other brick and mortar banks, especially for the CD terms that are only available in the branch.

If you’re shopping around for a new CD, you should consider working with a purely online bank. They tend to offer higher rates and lower minimum deposits.

HSBC’s CDs are nothing to write home about.

There’s nothing that really makes them stand out.

The only argument in favor of opening one would be if you’re an existing HSBC customer who wants to keep all of your accounts in one place.