Learn about the certificates of deposit (CDs) offered by SunTrust Bank and compare its interest rates and early withdrawal fees to other market-leading CDs. 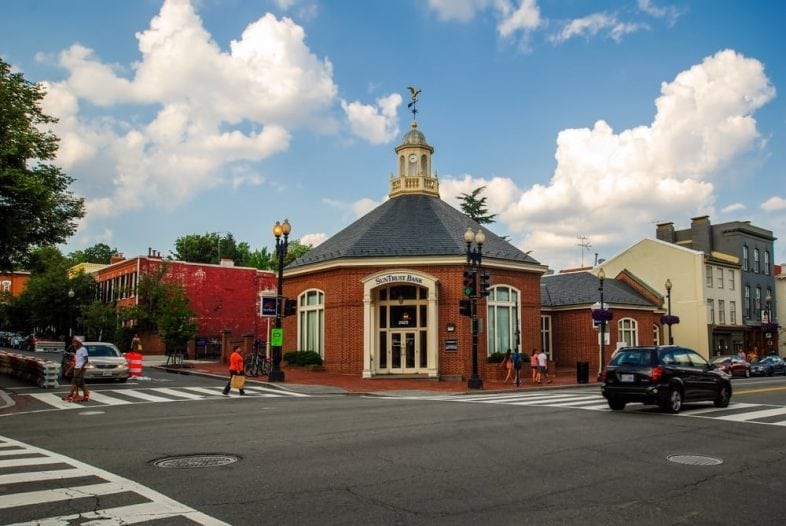 You don't want to keep money sitting around doing nothing when you know it won't be needed for a long time.

Going with a certificate of deposit (CD) is a great option to make your money grow.

On your search for a CD, you might come across SunTrust Bank.

Still, it is important that you compare them the CD rates offered by other banks, especially online banks.

In this Suntrust CD Account review, we'll compare rates, fees and services to other national and online banks.

Good Rates for a Big Bank

A CD is a special type of deposit account that pays more interest than savings, checking or money market accounts.

The interest that you can earn is the primary reason you would want to open a CD, making a CD’s interest rate its most important feature.

When you compare difference CDs, you should be looking at the interest rate before comparing its other features.

Choosing a CD with a lower rate is like passing up free money.

Typically, if you want the best interest rates available, you’ll have to work with an online bank. Physical banks have more operating costs, so they cannot pay as much interest.

If you already bank with SunTrust, the convenience of having your CD at the same bank is probably worth the slightly lower amount of interest you’ll earn.

As a bonus, SunTrust doesn’t change the interest rate based on the amount you deposit.

Some banks require huge balances before you’ll get the best available rate. So long as you can meet SunTrust’s minimum deposit, you’ll earn SunTrust’s highest rate.

The longer you plan to keep your money in the CD, the higher the interest rate will be.

Both CDs and savings accounts are designed for long-term storage of cash and to help your account’s balance grow through interest payments. However, there is one key difference between the two accounts. When you open a CD, you’re making a commitment to not withdraw any of the money you deposit until a specific amount of time has passed.

This is known as the CD’s term.

Note that the longest-term CD is not a full five years. Instead it is four years and ten months. Keeping this in mind is important when you want to make changes to your CD.

CDs with longer terms offer higher interest rates, but you don’t want to choose the longest term just to get the best rate possible. Remember that when you opened the CD, you promised to keep your money in the CD for a set amount of time. If you make a withdrawal before the CD’s term ends, you’ll have to pay a penalty.

At SunTrust, the penalty that you pay is based on the amount of time left I your CD’s term. This is unusual because most banks charge the fee based on the CD’s original term. What that means is that in some edge cases, it might make sense to open a longer-term CD even if you expect to make an early withdrawal. Whether it makes sense depends on when exactly you expect to make the withdrawal and the interest rates available on different terms.

The early withdrawal fees for SunTrust CDs are listed below.

Keep in mind that it is possible for an early withdrawal penalty to reduce your CD’s balance below the amount you deposited.

For example, if you opened a 58-month CD and withdraw your money after 12 months, you’ll be charged 24 months’ interest.

That means you’ll forfeit all of the interest you earned and pay twelve months’ interest out of the account’s principal.

This is the only way to lose money that you’ve deposited to a CD.

Most banks require that you deposit a certain, minimum amount of money when you want to open a CD.

High minimum deposits mean that many people struggle to open a CD.

If you can’t get enough money together to open a CD, you’ll have to settle for a savings account instead, which means you’ll earn less interest.

This is comparable to the minim deposit requirements of other brick and mortar banks.

If you don’t have enough to make the $2,000 minimum, you might have better luck with opening a CD at an online bank.

They tend to have lower minimum deposits.

Keep in mind that CDs are insured by the Federal Deposit Insurance Corporation, but that the insurance has limits.

Individual Retirement Accounts (IRAs) offer tax benefits to people who use them to save for retirement.

Traditional IRAs offer immediate tax savings. You can deduct the amount of money that you contribute from your income when you file your tax return. That means that you will pay less income tax in the year that you make contributions. For example, if you contribute $1,000 to your IRA, your tax bill could be reduced by $200, making the $1,000 contribution “cost” $800.

When you make a withdrawal from a traditional IRA, you pay taxes on the withdrawals.

Roth IRAs do not allow you to deduct contributions from your income. You have to pay the taxes up front. When you make withdrawals, you won’t pay any taxes on the money you withdraw, which means the interest you earn will be tax-free.

CDs’ safe, steady returns make them a popular choice for people who want to save for retirement, especially if they are close to retirement age.

Unfortunately, SunTrust does not offer IRA CDs. You’ll have to use another bank to open a CD in an IRA.

When a CD’s term ends, the CD is said to have matured. This is your opportunity to make changes to your CD without paying an early withdrawal fee.

SunTrust offers a 10-day grace period from the date that your CD matures.

You can make changes at any time during this grace period without paying a fee. If you miss the grace period, you’ll have to wait until the new CD matures or pay the early withdrawal fee.

Opening a CD is a long-term commitment and that you’re committed to every part of the CD: the amount you deposit, its interest rate, and its term.

When your CD matures, most banks will automatically roll it into a new CD with the same term.

The new CD’s rate will be based on the current market rate. Most banks will also notify you in advance of your CD’s maturity date so you can start planning any changes.

However, that doesn’t mean you shouldn’t be keeping track of your CDs’ maturity dates as well.

How Does It Compare?

SunTrust’s CDs offer much better rates than other brick and mortar banks, but you should still take the time to shop around and compare CDs from multiple banks.

First, compare the interest rate of each CD you’re considering. Always opt for the highest rate available assuming all else is equal.

Also, make sure that the bank you’re considering offers CDs with a term that works for you. Some banks specialize in long-term CDs of seven years or more. Others offer short-term CDs. Which is right for you will depend on your situation.

Don’t forget that interest rates change all the time. If you think rates will rise, you might want to opt for a short-term CD. If you think they might fall, a long-term CD may be better.

Finally, consider what will happen when your CD matures. Make sure the bank offers a grace period that gives you enough time to make any changes you need to.

SunTrust offers solid CDs that will work for most people.

If you really want to maximize the interest you can earn or need a lower minimum deposit, you might want to consider an online bank.