How to Prevent the Bank From Taking Your Money

Can banks take your money in the event one of your loans defaults? The answer is yes, and this has outraged one woman enough for her to sue her bank. 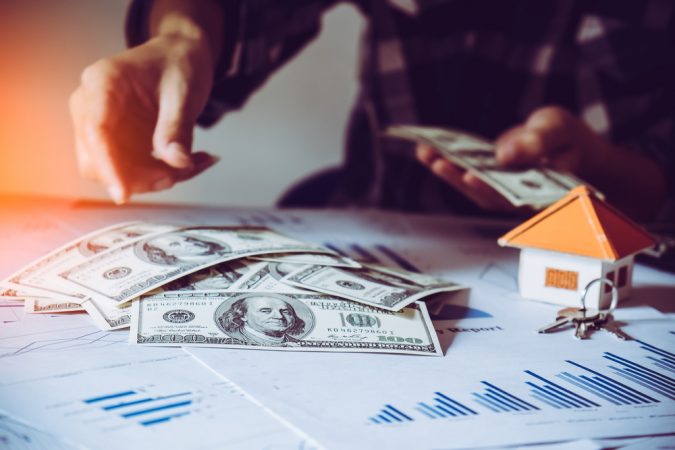 If you have a defaulted loan, is it fair for your bank to take funds from one account to cover that debt? It happened to one woman in Clearwater, CA who banks with Wells Fargo.

Margaret Zurro was shocked to see unavailable funds from her two certificates of deposits valued at $40,000 when she went to visit Wells Fargo. She then found out the bank took the money out due to her sister, Linda Pisantos, defaulting on a home loan. Pisantos' name was on the certificate of deposit, but only as the person to receive the money in the event of Zurro's death.

Now, Zurro is suing Wells Fargo and claims the bank had no right to take money out of her CD.

The truth is, banks have the right to take out money from one account to cover an unpaid balance or default from another account. This is only legal when a person possesses two or more different accounts with the same bank. So if you have two accounts with Wells Fargo, and one defaults, the bank has the right to take money out of another on of your accounts to cover the difference.

The power banks should possess when it comes to your money

For Zurro, it seemed unfair that the bank took money from her account since all she did was make her sister the beneficiary of the CD in the event of her death. While I do agree that banks have the right to take money from one account to pay for the balance of unpaid debt, I also feel there should be a limit. The limit to how much a bank can take should either be a fixed amount, or a percentage of the overall balance.

How to prevent a bank from taking your money

The easiest way to prevent something like this from happening to you is to simply avoid taking out a home loan where you have a checking, savings, CD, a retirement account, or investments. Calling your bank directly can work in your favor more than you think. By calling to discuss the status of your defaulted accounts, or negative balance, you can work out a solution with your bank to avoid causing this type of dilemma. As long as you make an effort to show banks you are willing to pay them back, they are less likely to take drastic actions like pulling money directly out of another account.

<p>My wife had an account at one bank and a car loan car was stolen insurance paid off vehicle this was in 2005 fast forward to last week they took 3000.00 from my account to pay off her vehicle that the insurance had already paid how is that possible they can't even provide proof of debt or anything else about the transaction because it was before electronic data storage but say they won't return my money</p>

<p>Is it legal for my bank to take my money from my checking to pay a car loan payment I also have with them because it was almost due but was not late and has never been late since getting the loan 4 years ago. It has never been defaulted or anything ever. I have also expressly made sure I did not and never have signed a automatic payment plan. I didn't give any consent to make the payment and have been for over a year maybe 2 paying the payment from a different account and before that I always made the payment in cash at the physical bank in person ?<br>Kathleen</p>

<p>How long can a Bank take to give you your money when they close your account?</p>

<p>Can a banking institution, that claims, you had a charge off, from another bank, they merger with, 5 years ago, with no letter, or notice, restrict your account, and take all your money?</p>

<p>Bank manager transfer my amount saving to pension account 2 times.Without my permission.<br>I have no loans from bank.<br>Is he right?<br>He also not give me any information about it.</p>

<p>Without prior information my salary account was blocked for transaction due to credit card payment pending.<br>I ma unable to withdraw money too. How can i solve it?</p>

<p>got a letter from a bank saying they will take money from my checking acct with another bank--can they do this??</p>