Things may have quieted down after threats of a government shutdown loomed over Capital Hill a few weeks back, but the silence will not last long. As Republican and Democrats gear up for the debate on what to do about the nations rising debt, there is already a picture forming of what to expect.

There is no doubt the nation is in some serious debt, but what to do with it is the subject of debate. The Obama administration must have a decision on how to handle the $14.3 trillion debt ceiling by early July.

Most of Congress agrees that the ceiling must undoubtably be lifted, but there are some members in the Tea Party that refuse to even consider borrowing. According to a story on The Hill, it will be nearly impossible for Senate Majority Leader Harry Reid (D-Nev.) to get the 'yes' votes needed to pass the  bill.

Here are 6 things to look out for in the Debt Debate of 2011, adapted from The Hill: 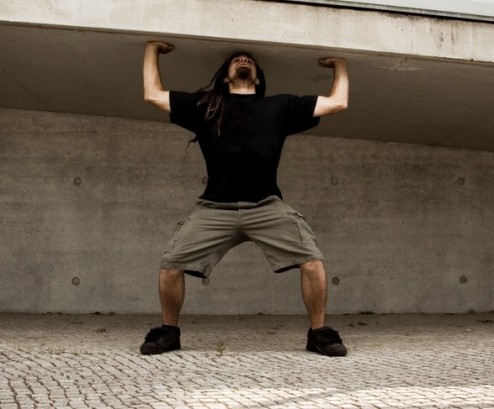 The Debate could potentially be short-lived if Sens. Kent Conrad, N.D., Dick Durbin, Ill., and Mark Warner, Va — the three Democrats and Sens. Tom Coburn, Okla., Saxby Chambliss, Ga., and Mike Crapo, Idaho — the three Republicans agree on a solution to the nation's debt problem. As leaders in their respective parties they group of 6 has a lot of power in the debate.

Without an agreement the debt ceiling discussion will reach full-blown debate mode.

The liberals in congress, a.k.a the Democrats are looking for a quick-n-easy solution in which there is a 'clean' extension of the debt ceiling. Although President Obama initially supported this, he has since moved away from a clean extension knowing that Republicans would never go for a ceiling hike with certain provisions first.

Congressional liberals main concern is that the group of 6 listed above will want to change-up Social Security to help with the growing debt—a subject avoided by both, Obama and House Budget Chairman Paul Ryan (R-Wis).

The Republicans in Congress have a whole different idea of what needs to be done when it comes to the nations overwhelming debt: cuts. They have come up with a long list of spending caps and budget cuts to help offset the debts.

Not all Republicans are fully supportive of these discussions. Karl Rove voiced his concern over the clear communication failures between the House and Senate Republican leaders.

The quickly approaching ceiling is getting higher and higher. President Obama has asked Congress to lift the debt ceiling by $2.2 trillion, to take place after the 2012 elections.

The House Republicans want a smaller increase and sooner, to be put in place until October of 2012. More extreme conservatives will try to push for multiple debit-limit increases to give Republicans an upper hand and allow for more spending cuts.

If the 6 leaders mentioned earlier are able to reach an agreement right off the bat, it is expected tax increases will be the settlement. Already the conservatives have begun to voice their disagreement with this move and some are threatening a filibuster which would make an agreement that much harder to reach.

Politicians who are currently amid reelections have a tough decision in front of them. It will not be as easy to decipher the motives behind their votes as they do all they can to get elected into office.

A lot of political advisors suggest to vote "safe" and vote 'no' on a bill such as this considering its unpopularity. The vote will not be as predictable considering the government is currently divided.

Raising the debt-ceiling is never a popular decision and with 2012 elections around the corner the Obama Administration will have to play its cards carefully. Currently, it is looking like there are a lot of ideas and no easy solution.