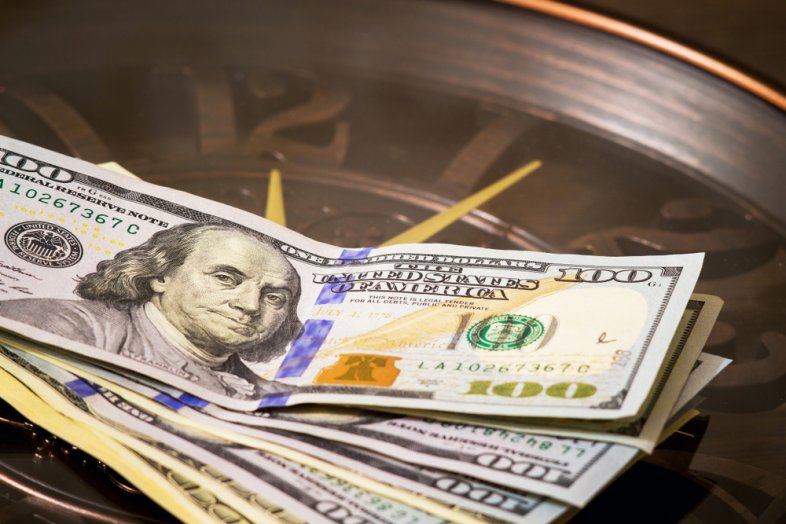 Online savings accounts offer some very high interest rates on your savings but, if you want to push the interest earnings even further, you might consider a certificate of deposit (CD).


The 1-year CD, in particular, is one of the most popular choices because of its short maturity term -- your money is locked in for years on end.

If you’re comfortable without access to these funds for just the next 12 months, a 1-year CD can offer a strong return, which can help you grow your savings just a bit faster.

We’ve surveyed more than 6,000 banks in the U.S. to identify the top 1-year CD rate available (note: these rates can change at any time without notice).

The best 1-year CD rates come from lesser-known banks but they are available to customers nationwide.

Many of them are online banks that allow you to open accounts from anywhere as long as you have a Social Security number and a U.S. mailing address.

Where to Find the Best 1-Year CD Rates

Generally, if a bank has a network of branches and ATMs, the CD rates will likely be extremely low.

Some brick-and-mortar bank may offer attractive 1-year CD rates occasionally as part of promotional offers in order to bring in deposits.

1-Year CD vs. a savings account: Pros and Cons

Generally, interest rates don’t fluctuate significantly over 12 months so the 1-year CD rate is likely to beat the APY on a savings account for the life of the CD.

Remember that a CD will lock in your deposit until it reaches the maturity term after one year.

During that time, you cannot withdraw the money -- unless you’re willing to pay the early withdrawal penalty.

Knowing that the money in a CD isn’t easily accessible, you’re less likely to use it impulsively on a frivolous purchase. Essentially, you’re probably going to just leave this money alone.

The first step to a CD ladder

If you’re trying to build a CD ladder, which is a strategy using multiple CDs to address the risk of changing interest rates, a 1-year CD is typically the first step on that ladder.

Not designed for withdrawal

A CD is designed to lock in your deposited funds in exchange for an APY that is higher than a savings account. And as noted earlier, most CDs have an early withdrawal penalty to discourage you from taking the money out.

For that reason, you wouldn’t want to put money in a CD if you think you’d need to access it at a moment’s notice.

The shorter term of a 1-year CD rate can be a positive because you’ll get access to the money sooner than a 5-year CD (obviously).

In some situations, people avoid locking in an APY on a CD because they fear that interest rates will rise drastically in the near future. Typically, this happens when the economy improved significantly in a short period of time (usually after the economy tanked a little bit, such as in a recession).

Compared to a 5-year CD, a 1-year CD terms has much less interest rate risk.

Most of the time, the longer the CD term, the higher the APY. So, a 1-year CD rate is going to be considerably lower than a 5-year CD rate.

Furthermore, the higher rate locks in for a long period of time, which really helps the power of compounding interest to grow savings even faster.

You can expect early withdrawal penalties to apply to 1-year CDs.

Typically, banks will impose a penalty that’s equal to the interest earned (or would have earned) over a certain period of time.

For a 1-year CD term, the early withdrawal penalty is typically around 90 days worth of interest.

Most importantly, be aware that you can actually end up losing money if you withdraw the money in the CD very soon faster opening it.

Note: There’s a grace period -- usually 7 to 10 days -- after the opening of a CD account that allows the customer to withdraw the funds with no penalty at all.

Otherwise, the early withdrawal penalty is waived under certain extreme circumstances, including incapacitation or death of the CD account owner.

When Does It Makes Sense to Open a 1-Year CD?

However, a 1-year CD can still have its place in your financial setup.

A 1-year CD makes sense if you:

Typically, the bank will renew a CD automatically for the same term but at the current APY.

So, if you have a 1-year CD and it reaches the maturity term, the funds will be used to open another 1-year CD automatically. If you do not want the CD to renew, you can stop the automatic renewal and just withdraw the money.

Like all deposits at FDIC-insured banks, the funds in a CD are going to be insured up to $250,000 per depositor per account ownership type at each bank.

If you are going to open a 1-year CD for exactly $250,000, you’ll earn interest and the balance will exceed the FDIC insurance coverage limit. If the bank fails, you could lose all of the interest earned.

Although it isn’t common that you’ll lose your money, you might consider splitting your money between multiple CDs at different banks to ensure that all of the money is protected by the FDIC.

<p>No bank is paying the interest rates mentioned in this article.</p>