Learn What is Compound Interest & How it Works

Compound growth is the most powerful way to accumulate wealth for the long-term. Find out how it can help you increase your savings. 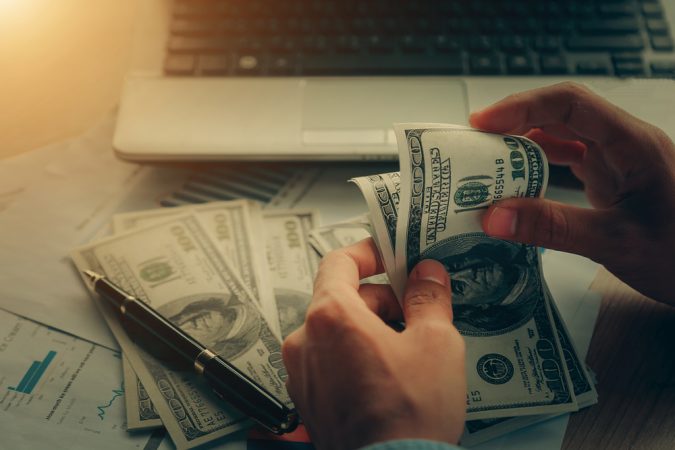 It's the most powerful way ever created to grow wealth over time. It's also commonly misunderstood. Here's what you need to know.

Albert Einstein said it’s “the eighth wonder of the world. He who understands it, earns it... he who doesn't... pays it." He also called it, “the greatest mathematical discovery of all time.”

If you choose to ignore, it, you might as well call it “the greatest financial mistake you’ll ever make.”

What is compound interest?

The law of compound interest is sometimes called the law of “compound growth.” By either name, the phenomenon is the same: your money earns interest, the interest is added to your money, the combined amount earns more interest, which keeps repeating again and again.

As a result, your earnings accelerate as the process keeps going. Picture a small snowball rolling down a hill, growing larger as it gathers more snow and gaining speed from the pull of gravity as it gets bigger and bigger. It’s basic physics.

The more frequently the interest earned is added to your account (it's "compounded") so it also can earn interest, the faster you make more money.

For example, if you deposit $1,000 and earn 5 percent interest compounded monthly, more interest will be added to your account every 30 days. After five years, you will have $1,283.

If, however, the interest only compounds annually, more interest will be added to your account only once a year. After five years, you will have $1,276, or $7 less.

Once you know the law of compound interest, taking advantage of it to accumulate wealth is just basic common sense.

You put some money in an interest-bearing account and let the interest earned also earn interest, every year for many years (such as, when you reach age 65 or 70). It’s a real-life example of easy money.

It starts with this question: Would you rather have $1 million right now or take a penny now and double the amount every day for 30 days?

These 2 simple steps maximize the power of compounding

Since no one actually earns double their money every day for 30 days straight, the way you accelerate the process of compound growth is to do these two very simple things:

The earlier you start, the more time you give to the power of compounding to work its magic for you.

By adding some of your own money to the pot on a regular basis, whether monthly, quarterly or annually, you increase the amount of interest earned --- which means there’s more interest to earn more interest.

Think of it as stoking the fire.

Starting early and saving consistently are the two most powerful factors in successful long-term investing.

Here’s an illustration of just how important these two simple steps, starting early and saving consistently, can have on your future wealth.

If, starting this month, you put away $1,000 a year for the next 40 years, earning 5 percent interest a year, this is how much money would be sitting and waiting for you to spend:

What if you procrastinate, and ignore the power of compound interest and wait 20 years before you begin putting away $1,000 a year? As you can see from the table below, by playing the waiting game, you’d lose out on almost $100,000 of easy money.

The easy way to create generations of wealth

Imagine the financial independence you could give your family for generations, from your kids to your grandkids to their kids.

Try out different scenarios for yourself with this compound interest calculator.

Compound interest can hurt you, too

Remember: Einstein said, “He who understands it, earns it… he who doesn’t… pays it.” Bankers understand this very well, and their hope is that you fail to understand it so they can make a lot of easy money off of you.

Consider the difference in the compounding method when you lend money to a bank (i.e., put money in a savings account or CD) and when the bank lends money to you.

When banks lend you money on a credit card, you agree to let them compound the interest daily.

In other words, they charge you interest, add the interest they earned to the amount you owe, then charge interest on the new total amount.

They do this every single day, so every day you’re being charged interest on interest on more interest.

By the time the bank sends your credit card statement, about 30 days have gone by when the interest you owe kept compounding.

No wonder you can owe more than double what you borrowed if you only repay a little at a time.

When you lend banks money and they pay you interest on the money in a savings account, you might agree to let them compound the interest monthly, or even annually.

This means the interest you earn only gets added to your money 12 times a year or just once a year.

Since the compounding occurs less frequently than when you’re the borrower, the amount you earn grows more slowly.

Sit back and do nothing

Now that you know about the power of compound interest (aka compound growth), you will never be able to plead ignorance about it again.

If you procrastinate, you will be consciously avoiding the easiest thing you can do to help make your life more financially secure in the future.

About the author Marc Robinson
Marc is a freelance writer for MyBankTracker.com who specializes in investing and retirement planning. He is an expert in asset allocation and portfolio management.
Add a comment