Find out which banks offer certificates of deposit with the best 5-year CD rates that will help you grow your savings the fastest with the lowest risk. 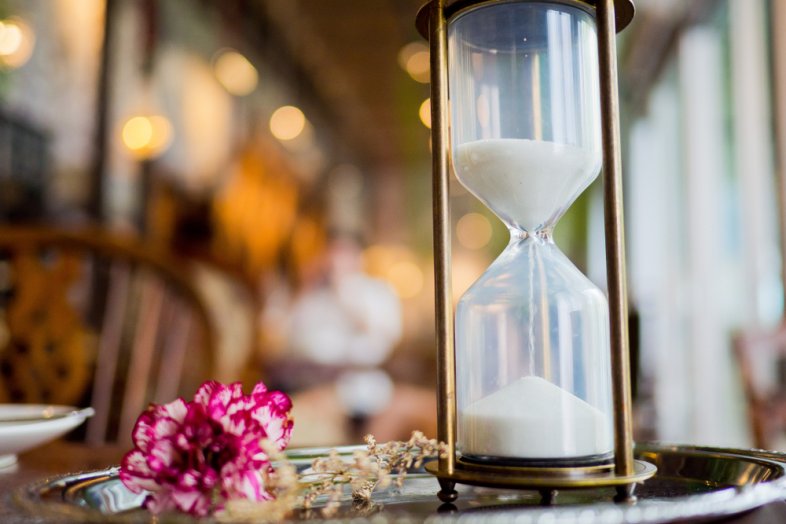 One of the safest ways to grow your savings with a strong return is a long-term certificate of deposit (CD). Arguably the most popular long-term CD term is 5 years because 5-year CD rates are among the highest possible from a deposit account.

You get to lock in that rate for the entire 5 years -- ensuring that your money is earning plenty of interest.

With that said, that’s a long time for someone to not have access to a large chunk of money. So, it’s important that you lock in the highest 5-year CD rate.

Where to Find the Best 5-Year CD Rates

Certificates of deposit can be found at most banks but the maturity terms offered can vary greatly from bank to bank.

A 5-year CD is actually rather common but the interest rates (again) vary so much from bank to bank. The 5-year maturity term is often the longest CD term offered by a bank.

However, to find the highest 5-year CD rates, you should consider the online banks.

They don’t have the operating expenses of running a branch. Online banks pass their "savings" onto customer through higher CD rates.

Generally, banks rewards customers with higher CD rates when you opt to lock your money in for a longer period of time.

For 5-year CDs, interest rates are likely to be among the highest possible from a low-risk deposit account -- allowing you to earn more interest than most savings accounts and interest checking accounts.

If there are any long-term financial goals (e.g., wedding, home down payment, etc.) that you have, a 5-year CD makes sense.

Because you’re not supposed to touch the money, you’re more likely to stay on track and refrain from withdrawing the money on a whim for an impulsive purchase.

Key part of a CD ladder

The strategy of building a CD ladder is to maximize interest earnings by using multiple long-term CDs to stagger the maturation of those CDs.

Once you’ve got a CD ladder going, you should be using several 5-year CDs -- all of which allow you to earn the highest interest rates at the time when you opened them.

And, if you need access to those funds, one CD’s funds become available every year.

The biggest downside of 5-year CDs is the big early withdrawal penalty. Usually, with CDs, the longer the term, the bigger the penalty.

With 5-year CDs, it can be extremely expensive if you have to take out the money before the 5 years are over.

It is a valid concern that interest rates rise significantly during the 5-year period when your money is inaccessible.

You’ll feel like you’re missing out of the full interest-earning potential of your deposit.

When you're selecting a CD, the 1-year maturity term is popular for short-term savings while the 5-year term is better for long-term savings.

As stated before, longer CD terms tend to have higher interest rates.

At times, the best 1-year CD rates are nearly equal to the top online savings rates https://www.mybanktracker.com/cd/reviews/best-1-year-cd-rates-299238 -- making it mostly pointless to even consider a 1-year maturity term.

So, in order to grow your money faster, a 5-year CD would be the better option.

Quite obviously, five years is longer than one year.

That’s a significantly longer period of time when you’re not supposed to touch this money.

It’s a long-term commitment that pays big -- but it would be a big bummer if an unexpected financial emergency forced you to withdraw a 5-year CD.

Speaking for withdrawing money from your CD prematurely, the early withdrawal penalties on 5-year CDs can be very expensive -- usually around five times more costly.

Typically, the early withdrawal penalty for 5-year CDs ranges from 1 to 3 years worth of interest (whether accrued or not).

Depending on the amount deposited in the CD, this penalty can be hundreds to thousands of dollars lost.

Because the penalty can be quite significant for a 5-year CD, you may end up with less money than the original deposit

because the penalty is more than the amount of interest earned.

The bank will deduct the principal if your interest earnings aren’t enough to cover the early withdrawal penalty.

You could lose money if you withdraw a 5-year CD too soon into the term.

When Does It Make Sense to Open a 5-Year CD?

Five years is a long time to not have access to your money.

So, you must be comfortable with not touching this cash during that time. This means that you should already have your other financial necessities addressed:

If you’re financially sound, then a 5-year CD is great for setting money aside for a long-term savings goal.

And again, 5-year CDs are vital for those who are trying to set up a CD ladder to maximize interest earnings.

When after five years, a 5-year CD will renew into another 5-year CD at the market rates on the date of renewal, unless you tell the bank that you just want to withdraw the money.

It’s important to know when your 5-year CDs will reach maturity, so that you’re not stuck with a new 5-year CD that you didn’t want.

Luckily, there is a grace period during which you can close the CD without any penalty -- usually within 7 to 10 days after the new CD is opened.

Like all other deposit accounts, a 5-year CD is subject to FDIC insurance in the event that the bank fails.

The key thing is that the FDIC covers up to $250,000 per deposit, per account ownership type at each bank.

If you’re depositing a large sum of money (e.g., $240,000) in a 5-year CD, it’s possible that interest earnings will bring the amount over the FDIC insurance coverage limit -- the excess over $250,000 will be uninsured.

A 5-year CD is a great way to boost your savings at the highest rates available with the lowest risk.

If you’re comfortable with not touching the money for a long period of time, you'll be rewarded for stellar interest earnings.