5 Lessons Learned About Renting to Friends and Living Above Them 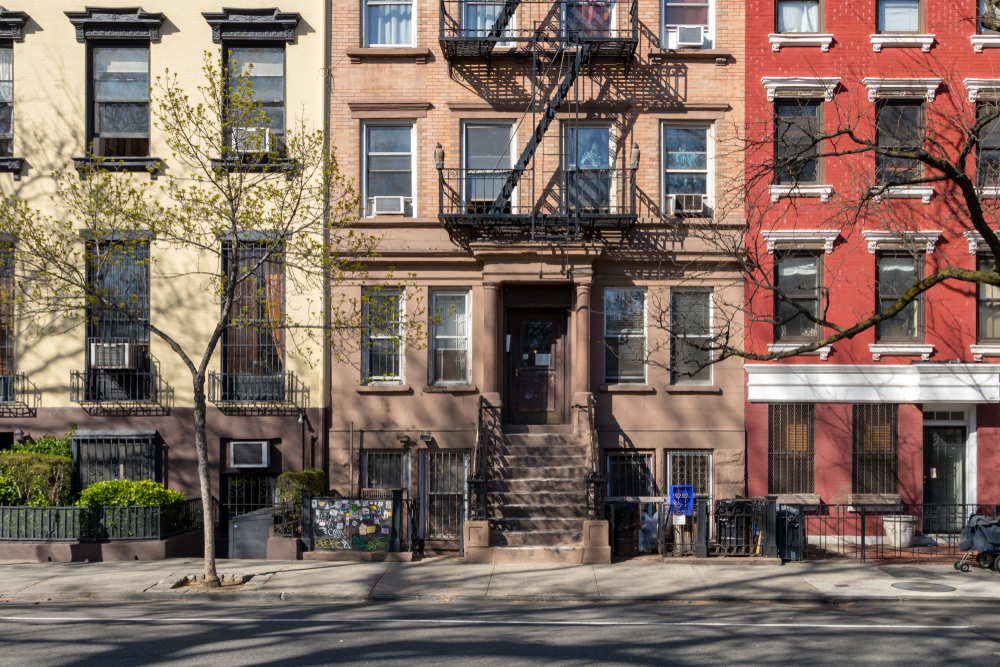 A myriad of issues come with renting an apartment, but those issues can change -- for better or worse -- when renting to friends. Here are some lessons I learned when I rented the lower apartment in the house I bought on foreclosure.

First, it is important to understand the typical regulations and basic things that need to be in place that go along with being a landlord. The laws will vary by state and municipality, and will be more strict if the tenants are subsidized through a program like Section 8, but the Landlord Tenant Act of 1951 lays out some specifics that apply to anyone in a two-unit (or more) structure.

Unless the landlord is paying for the electric bill, in a multi-unit building, all of the wiring for each unit must be totally self-contained. In other words, if the upstairs apartment is rented to one tenant, none of the wiring can also be included in another unit that tenant doesn't use or have access to use. For example, if the upstairs tenant doesn't have access to the attic, but the house is wired such that the electricity in the attic is connected to their system and would be charged on their bill, the landlord would be in violation.

The same goes for other utilities like heat, and is the reason that most apartment buildings which use a boiler system have heat included, because otherwise, there has to be separate heating units for each apartment. If the heat is provided to two apartments by forced air, there has to be two furnaces on completely separate systems. The water is always in the landlord's name, but the landlord can charge tenants the actual cost of the water bill.

In my case, because I was renting to friends, the few minor issues where there was some overlap was not a concern to them while I sorted some of those things out. I learned later that the person who bought my house once I put it on the market had to make some additional changes, so it can really pay to get a top-notch professional with experience to assess the wiring, especially in old or converted buildings.

A security deposit belongs to the tenant and is supposed to be held in an account, but sadly, many landlords treat that money as their own. The Landlord Tenant Act also has provisions about security deposits. One is that the deposit cannot exceed two months' rent. Another is that if the deposit is going to be kept for more than two years, it is to be placed in an interest-bearing escrow account.

To make life simpler for everyone involved, and because I was renting an apartment that still needed some cosmetic and other work to friends, I simply didn't charge them a security deposit. I didn't have to worry about setting up an account or escrow or feeling like the place had to be perfect, and they didn't have to worry about coming up with the extra money. I wasn't worried about any of them damaging anything in the apartment since I knew they would take care of the place and would pay for any damage they caused. It also meant I wouldn't get attached to the idea of the deposit money being in an account like a prior landlord had with me as a renter.

There are also non-discriminatory and other laws covered by the Fair Housing and Equal Opportunity Act. These laws prohibit refusing to rent to a person or family based on skin color, religion, and other factors. By renting to friends, I never had to advertise and didn't have any other applicants, so I didn't really have to worry about learning about all of the rules involved.

The obvious drawbacks to renting to friends are that it can put a strain on the relationship. The power balance isn't equal and can cause friction (and did in my case) on both sides. Depending on the dynamics of the relationship and how it changes over time, one party might be inclined to take advantage of the other, or the perception of opportunism by one or both parties could arise.

Hard feelings could come up if all or some members aren't included in social plans. However, it can also be a big gamble to rent to strangers, especially when you have to live in the same unit with them, so it's imperative to really weigh the options and have very lengthy conversations about everyone's expectations with friends before moving in.

It is also very important to read over the regulations carefully, and consult with a property lawyer if in doubt.