What Does Your Bank Need To Make You Feel Valued? 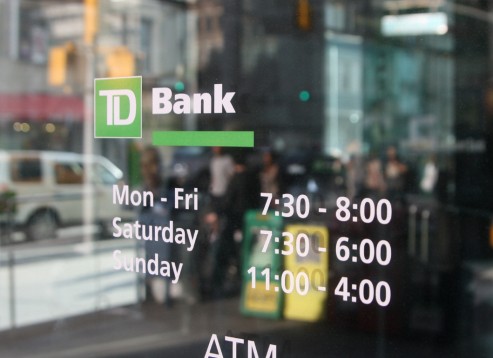 On Wednesday, TD Bank released a study showing that nearly two-thirds of consumers feel valued by their financial institutions. The question is, do you believe them? It seems like the overwhelming public reaction to banks is that they stink, but then again bad experiences tend to get more coverage than good ones.

The TD Bank survey interviewed a group of nationally representative group of checking account and debit card owners from January 12th-16th, 2012. The following findings represent what TD Bank found in their research.

According to this press release, many people think that their bank values them, which starkly contradicts a large percentage of the comments we see here at MyBankTracker.

Are Consumers Too Lazy To Leave Their Banks?

TD Bank found that a large majority of their respondents valued not having monthly checking, debit or transaction fees associated with their accounts — not surprising.

But, what is surprising is that less than half of these respondents said they would actually close their accounts associated with these fees. Even those that said they would, it's easier said than done.

A lot goes into how banks introduce fees. For example, Bank of America had a marketing snafu this year when leaked news of a $5 debit card fee caused consumers to fight back, and contributed to a 20% increase in account closings. Meanwhile, other banks had been silently testing out these fees with the biggest repercussion being a few frustrated consumers.

It looks as if consumers do not want to deal with the headache of closing their checking accounts unless there is a movement around it.

What Banks Need to Do to Make You Feel Valued

In order to keep a business thriving you need to keep your customers happy - it's not rocket science. So while banks are desperately striving to keep profits at astronomical levels, they need to stop and listen to what consumers want.

These five categories categories scored the highest when it came down to when consumers felt a bank was working to show its commitment:

These top categories show that it isn't difficult to keep a consumer happy. In fact, if banks put a little focus on back-end operations and improved customer service along with convenience, consumers would feel more valued and consequently more connected to their banking brand.

MyBankTracker is interested to know if you feel like your bank is committed to you, let us know in the comments below: