How to Keep Up with Your Friends Without Going Broke

It's all fun and games...until your bank account goes into the red. Here's how you can keep up with your friends without going into debt. 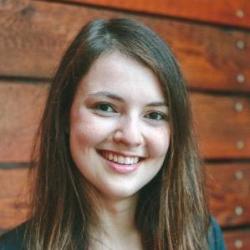 When David Auten and John Schneider came out, they found a community willing to embrace them. They were suddenly accepted in a way they hadn’t been during childhood and adolescence.

Unfortunately, their new identity came with some heavy expectations. Namely, the expectation that your lifestyle should look as good as you felt.
“We bought new cars with six-plus year terms with down payments on credit cards,” Schneider said. “We covered every square foot of our home in Pottery Barn purchased on credit. We had the newest clothes and phones. We spent more time at the gym than we ever spent on a budget.”
Schneider and Auten both worked in financial services and earned a decent living between the two of them. But their salary couldn’t sustain their new spending habits, and they used credit cards to keep up with their friends. They weren’t the only ones.
“The only way that was possible was for many of us to live on credit cards and family loans,” he said.
When they finally realized how unsustainable that lifestyle was, they had a sobering look at their bank accounts. They owed $51,000 in debt between the two of them. It took over three years of difficult choices and sacrifices to get back their finances back on track. They chronicle what they’ve learned on their blog, Debt Free Guys.

Their situation isn’t unique to gay culture. We all want the respect of our peers, and admitting to a more austere lifestyle can feel like an admission of financial failure. One of the problems with this approach is that it creates an endless cycle.

In this cycle, everyone is scaling up their lifestyle to compete with friends and loved ones who are doing the exact same thing.

Sometimes, it’s not even about competing. We all want to fit in with our tribe, and fear of being kicked out for not conforming has been ingrained in humanity since we were wearing animal skins and using the same methods to hunt. Today, standing out from the tribe can mean wearing less expensive clothes or turning down an invitation to an expensive brunch.

That fear rings true not just with friendships, but with romantic partnerships as well.

Sarah Li Cain of High Fiving Dollars once used money to stop her boyfriend from leaving her. She remembers getting a huge promotion at work that would have required a move, which upset her boyfriend. To assuage him, she offered to pay for his flight there, all related expenses, and even the vacation they always talked about.
“I was the breadwinner and we wanted to travel all over Australia and New Zealand, so the only way I thought that would happen was for me to pay for everything instead of making a plan to save or make more money,” she said. “This feeling of guilt and my desire to be ‘in love’ was what drove me to spend.”
Cain said keeping her relationship afloat was more important to her than balancing her budget. When she eventually ended things, she was $9,000 in debt and living at home. It only took her about eight months to pay off all the debt but said she harbored feelings of resentment toward that debt.

If you find yourself spending to make a partner happy, examine why. Are you worried they’ll leave you if you stop splurging on them? Try having a conversation about your finances and how you need to cut back. Their reaction will determine if they’re using you or if they’re simply unaware of your financial situation.

Why Debt Is Bad

If you don't have the cash to pay for happy hours and boozy brunches, you’re likely using credit cards to pay for those expenses. Unfortunately, unlike a mortgage or student loan, credit card debt comes with high interest rates and no tax deductions. Take a look at your latest credit card statement - chances are you'll see an APR upwards of 20%.

That's a long time to pay off $5,000 in debt - not to mention the fact that the time plus the interest can increase that debt to more than $8,000. Auten and Schneider talk about how they saw this exact thing happen to their friends:
“We know many of our friends from those days are still in debt,” Schneider said.
Think about this for a minute: all the money you pay in interest could be used saving for an emergency fund, retirement, or establishing a child’s college fund. It could also be used for taking an epic trip abroad. Instead, that money is going straight to the bank - likely for purchases you don't even remember making.

There's more. If you invested that $3,000 in interest instead, you’d have $17,230 in 30 years - even if you didn’t add additional funds beyond that. That could be enough for a car, a down payment on a home, or a move to your dream city or town.

Going into debt also means gambling on the idea that you won’t need money for something else. This is the tragic nature of the national debt crisis: so many people are throwing caution to the wind, with little or no idea what they could lose if things go wrong.

How to Avoid Getting Into Debt

Unfortunately, “Keeping up with the Joneses’” is a real syndrome. A 2012 study found that people spend more when those around them are careless with money - and spend less when they’re with frugal people.

For example, if you’re at dinner and all your friends order alcohol, you’ll be more tempted to do so (even if you said you wouldn’t). This idea can manifest itself in something as small as a pack of gum and as large as a shiny new car.

Everyone wants to be seen as equals in a social setting. Going against the herd is difficult. But thankfully, you don’t have to dump your high-rolling friends. In many situations, taking control and ordering first can set the tone. For all you know, other friends in your group have been waiting for an excuse to change the dynamic as well.

Have Fun Without Spending Money

There are endless ways you can still have fun with your squad without spending more than you can afford. Here are some examples:

Parks are almost always free and can provide a grueling workout as well as bonding time. Your only expenses will be gas and any snacks you bring along the way. You can also bring supplies, such as wine, cheese, and crackers for a picnic or romantic evening.

Schneider said he and his partner rely on these coupon staples when they want to join their friends at a restaurant or bar. But read the fine print before you buy - they may end up more expensive than you thought.

Board games are increasingly popular, and the options go beyond the Monopoly of your youth. Most games cost about $20 and can be used endlessly. You can also bust out a deck of cards for even cheaper entertainment. Ask other friends to bring wine and finger foods.

Many local museums, zoos, and art galleries have special free days where visitors can attend at no cost. Bring a reusable water bottle and some hidden snacks so you can avoid the overpriced food. You can find free event listings on local blogs, forums, and the newspaper.

You need to tell people if you’re earning less than them or trying to limit your discretionary spending. They may not know what you can and can’t afford. It’s also ok to say no if your friends want to do something that’s not a priority in your budget. It can be difficult to allow yourself the vulnerability of being honest about your financial situation, but you’ll feel a weight off your chest once you spill the beans.

This is by no means a call to dump your more extravagant friends. It can take years to build strong relationships, and there’s no sense throwing that away over financial differences. But as you go through life and meet new people, try to make friends with those who respect your frugal lifestyle. Creating a status quo that doesn’t revolve around spending will enable everyone to be happier.

There are two ways to avoid temptation when it comes to spending: leave yourself or your wallet at home. For example, if your girlfriend wants to go shopping, bring cash instead of a card. Then, you won’t be lured to spend money you don’t have.

Whether you’re paying off debt or just living frugally, Schneider recommends indulging every so often.
“Schedule little rewards as you achieve certain milestones along your way to achieving your ultimate goal,” he said.
Those perks will allow you to enjoy your money without slipping back into old habits.

About the author Zina Kumok
Zina covers a wide range of personal finance with expertise in budgeting and money management -- much from her experience in handling her own finances. Her work has been featured in the Associated Press, DailyWorth, Investopedia, Business Insider, Forbes, US News &amp; World Report, and more.
Read more
Read less
Add a comment