How To Live, Comfortably, With Your Adult Child (And Vice Versa)

Are we becoming a nation of adult babies? A recent study published by the National Endowment for Financial Education would suggest just that. The organization's research showed that 59% of parents ...

Are we becoming a nation of adult babies? A recent study published by the National Endowment for Financial Education would suggest just that.

The organization's research showed that 59% of parents are in some way financially supporting their children when they are no longer in school. Amongst some of the reasons parents continue helping their adult children is that they are "legitimately concerned" with their financial well-being, do not want to see their children struggle as  they did, or simply believe their children are worse off now than when they left home.

It should come as no surprise that more adults are depending on the financial support of their parents: a recent Gallup poll showed the youngest work-ready adults around the world—aged 15 to 29—were twice as likely as those older than them to either unemployed or working part-time because they are unable to obtain full-time employment.

Yet another study conducted by CNN Money and Twentysomething Inc. showed that the number of college graduates moving home had jumped to 85% from 67% in 2005. This batch of young people, called "boomerang kids" since they return home under the wings of their parents after leaving for a brief period, are created the new adulthood norm, oftentimes to the detriment parents may be forced to raid their retirement savings to absorb the costs. 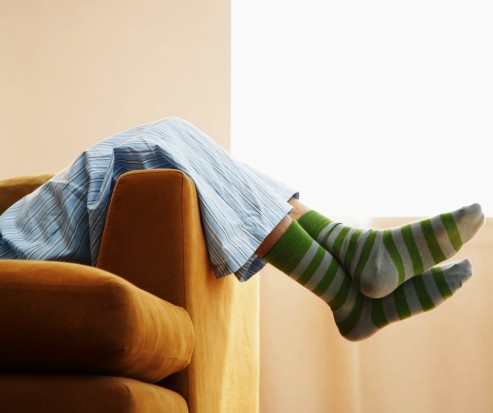 To parents and their adult children, here's some advice that could make the transition easier for all involved:

1). Take care of yourself first: No concerned parent wants to see their children suffer in any way, let alone financially. But, if supporting your children means you're being forced to raid your retirement account then the arrangement will only hurt you in the long run. Baby boomers are delaying retirement at record levels, so make sure your show of parental concern doesn't end up costing significantly during your golden years. And be sure to start investing if you haven't done so already!

2). Set financial boundaries, and stick with them. If you are going to have your kids back at home it's important to understand that these aren't the same people that left home two, four or more years ago. And, they'll most likely be the first one's to point that out to you upon returning home. If you're young adult doesn't expect to be treated like child then you're completely in line to expect them to tackle adult responsibilities like chipping in for groceries, utilities and even mortgage or rent payments if necessary. If you can, sit down with your child prior to them moving home so that you can iron out a financial game plan in the beginning. This way, there are no surprises or misunderstandings.

3). Establish a timeline: Setting a financial plans lends easily to the third and final way parents can manage their relationships with their adult children: set a reasonable time limit your children can stay with you and stick by it. Of course, this isn't necessarily an easy feat, especially if your child suffered a job loss or is having trouble finding post-graduation work. But, it'll at least keep both parties motivated to find ways to cut the umbilical cord sooner rather than later.

1). Stay active: If you moved home because you can't find a job or lost your job, then try to find ways to keep yourself busy. Find a daily activity you can begin in addition to searching for a job, such as volunteering or even a hobby. It could eventually parlay into a job opportunity, or at the very least keep you busy and motivated until something eventually comes along.

2). Find non-monetary ways to pitch in: If you've moved home because you don't have a job then chances are you're probably broke, which will make chipping in for things like groceries and other household expenses difficult. If your parents are footing all of your bills and don't expect anything in return, then make sure to show your appreciation in any way possible. Yes, that means doing your own laundry in addition to any other housework asked of you. Contributing to the household in whatever way possible can be empowering and help to level the playing field, even a little bit.

3). Don't take too hard on yourself: Finally, there is no shame in moving home if you have to, and there's also no shame in asking your parents for help if you need it. A couple of months or more at home is better than racking up high interest debt (or worse) just to prove you can take care of yourself. You many have to surrender some of you personal privacy for some time, but try to remember that the true mark of an adult is making responsible decisions. It's not always that easy to do but in the long run you may be better off for it.

Carolyn Okomo is a personal finance writer and the Tuesday columnist for MyBankTracker. You can follow her tweets @CarolynMyBankTracker.