Looking to invest like a billionaire? Secure your financial future, follow the Warren Buffett investment strategy shared in these 10 helpful tips. 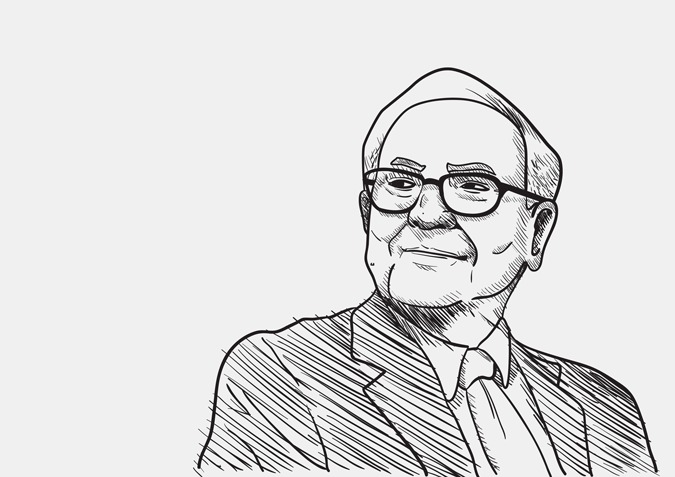 Warren Buffett, the world’s second-richest person, shows no signs of slowing down.

At the center of all these acquisitions is an enduring Warren Buffett investment strategy that is well worth knowing and applying to your own wealth-building goals.

While his investment strategy comprises many values and principles that have been honed over the years, MyBankTracker has collected what it feels are the top 10 that can help you become the next one-person, Buffett-like multinational conglomerate.

1. Invest in yourself before you invest in anything else

Since 2011, the University of Nebraska Omaha has hosted the Genius of Warren Buffett seminar, where at one such gathering, one student asked what aspect of investing, in his leisure time, should he be studying.

The Oracle of Omaha replied: “For most people, the bulk of their income is going to come from earning power in their chosen profession. Therefore, from the standpoint of building wealth, free time is better spent sharpening one’s professional skills rather than studying investing.”

Following his own advice, Buffett returned to Omaha, Neb., as a stockbroker and enrolled in a Dale Carnegie public speaking course so he could better communicate with clients, who would prove to be the lifeblood of his early success.

Tip: Like Buffett, you can find a course or certificate program offered by your local community college to improve your professional stature and enhance your earning power. Always be learning. Early in your career, put mastery before money.

2. Determine as early as you can what you want to do with your life -- and do it

In his 1947 Woodrow Wilson High School yearbook, Buffett said he “likes math” and wants to be a “stockbroker.”

At age 11, he bought his first stock, six shares of Cities Service preferred stock (three for him and three for his sister Doris).

At age 13, he declared to a family friend that he would be a millionaire by the time he was 30 or “I’ll jump off the tallest building in Omaha.”

At 14, he took the earnings from his paper route and bought 40 acres of farmland, valued at $1,200, which he leased out.

At 21, he volunteered to work for one of his business mentors for free.

Tip: Select a pursuit you’re most passionate about and make it the focus of all your energy and determination. Answer honestly and don’t feel as if you have to major in business (like Buffett) either.

According to a survey conducted by Gallup and Purdue University, business students were the least satisfied in their jobs, and, in a twist, not even the most economically secure.

"My advice to Americans, especially young people, is that if you make a decision about what to major in based on how much money you want to make, you might end up disappointed, not only with your first job but with your overall career," said Brandon Busteed, executive director of Gallup Education.

You don’t become a legend or an oracle by not watching the little things.

Although he won’t flinch at spending billions to buy a ketchup company, he also believes in watching his spending down to the last penny.

Buffett also won’t buy a company unless it imposes that same kind of financial discipline.

For example, he once bought a company whose owner counted the sheets in rolls of 500-sheet toilet paper to see if he was being shorted.

When his first child was born, Buffett turned a dresser drawer into a bassinet. For his second child, he borrowed a crib, although he had the means to buy a new one.

During one of his most famous investment deals at New York’s Plaza Hotel, he reportedly phoned a friend to bring over a six-pack of Pepsi so he wouldn’t have to pay for room service.

Back in Omaha, he motored around town in a Volkswagen until his wife finally persuaded him to upgrade to a Cadillac, a car better suited for caddying around clients.

Tip: To be able to invest, you have to spend less than you make. By finding ways to cut back on your spending, you’ll have money left over each month to increase your savings and add to your investments.

In Buffett’s latest deal, he used all cash.

He didn’t have to liquidate any investment. By having cash on the sidelines, he was able to pull the trigger with lightning speed.

You may not be playing at Buffett’s same level, but you can still emulate his M.O. Keep enough cash in reserve so you can buy “opportunities” too good to pass up.

At the same time, your cash will provide you with a cushion against unexpected events, so you never have to be a panicked seller.

Tip: If your cash reserves aren’t where you feel they should be, maybe there’s hidden treasure you’ve overlooked that you can convert to cash. Perhaps, there’s an old car in your driveway on which you’re still paying insurance, although you never drive it. Maybe, it’s time to cut the cable bill. Do whatever you have to do to build your cash reserves. Keep some power dry!

5. Invest in what you know and understand

There’s not a high-flyer among them, certainly not an Apple or a Google, but the staples he does invest in all make money over time.

He invests in companies’ services and products that people use.

Tip: Review your investments to see if they will continue to have a place in the homes and family budgets of consumers when the next economic downturn takes place.

Until Buffett added the classy See’s Candy to his portfolio in 1996, he had largely focused his investment efforts on finding undervalued assets that he could buy cheaply.

The success of the See’s acquisition forever influenced their commitment to buying businesses with a strong reputation and brand recognition.

Tip: Whatever investment you anticipate making, invoke the example of Buffett and Munger’s See’s purchase. Even it’s a little more expensive, buy one coat that’s going to last several seasons, not the one that is barely going to get you through this winter. Always put quality over quantity!

At 84, Buffett still takes a long-term investment horizon as if he’s going to live another 50 years. “We don’t get paid for activity, just for being right,” Buffett said. “As long as we’ll wait, we’ll wait indefinitely,” he said.

Buffett’s partner, Munger, seconds that investment philosophy: “There are worse situations than drowning in cash and sitting, sitting, sitting,” he said. “I remember when I wasn’t awash in cash -- and I don’t want to go back.”

As an illustration of this philosophy, Buffett first invested in Coca-Cola in 1988. Since that investment, he has never sold a share.

Similarly, Buffett also has maintained his sizable stake in American Express through severe market downturns only to see the stock rebound with a vengeance.

If you’re looking for the quick score or flip, you’re the anti-Buffett.

“Even now,” Buffett said, “Charlie and I continue to believe that short-term market forecasts are poison and should be kept locked up in a safe place, away from children and also from grown-ups who behave in the market like children.”

Tip: So, with your investments, take a long-term approach. Give them time to grow. Don’t be prepared to run at the first sign of trouble or a negative report magnified by the media. If you can’t stomach the ups and downs of investing, consider putting your money in less volatile investments. Slow and steady wins the race.

8. Give up something less valuable to gain something more valuable

Knowing this simple investment truth, Buffett was a big buyer of Gillette stock over the years for which he was richly rewarded.

Tip: Everybody loves a deal. Think of what you can give away as a promotion, premium or loss leader to attract more business for your primary profit-maker. For every steak, you sell, make sure to add a little sizzle.

9. Put as little money into your house as possible -- or even rent

Adjusted for inflation, that sum equals about $260,000 today.

While Buffett admits a home is a great place to create “terrific memories with more to come," he believes it falls flat as an investment vehicle. “I would have made far more money had I instead rented and used the purchase money to buy stocks," Buffett said.

When you factor in that it also costs about $4,000 a year on average to maintain a home, ask yourself if buying a home, especially with so many upfront costs, including a down payment, is the best use of your money.

See the MyBankTracker mortgage calculator and also visit our mortgage page to help you better address the rent vs. buy question.

10. Dare to be different

During the financial crisis, instead of fleeing the markets in lockstep with millions of panicked investors, Buffett stepped up his acquisitions. In 2008, he threw a $3 billion lifeline to Dow Chemical.

That same year he also helped Mars finance its $23 billion purchase of Wrigley.

In 2010, he bought the remaining shares of Burlington Northern Santa Fe Railway Co. for $34 billion.

In 2011, he invested $5 billion in Bank of America. He summed up his go-against-the-grain investment philosophy, saying, "Be fearful when others are greedy, and be greedy when others are fearful."

A half century after he moved back to Omaha, he was still going against the grain and defying conventional wisdom.

During the Great Recession, he was gobbling up companies -- Bank of America, Goldman Sachs Bank USA, General Electric and Dow Chemical -- that had been crushed.

Tip: Like Buffett, use an Inner Scorecard, where you judge yourself by your standards, not everyone else’s.

He would be the first to tell you that you have to find your own investment strategy and style with which you’re comfortable.

But he also would tell you to be consistent, focused, vigilant, and patiently looking to invest in yourself as well as other opportunities that will stand the test of time and stick to your investment philosophy through thick and thin.

About the author Peter Bennett
Peter is a staff writer at MyBankTracker.com who covers banking, personal finance, investing and homeownership.
https://www.mybanktracker.com
Add a comment