6 Extreme Ways to Get Out of Debt for Good

Getting rid of credit cards and student loans is no easy task and if you're ready to get out of debt for good, here are six unusual ways to reach your goal. 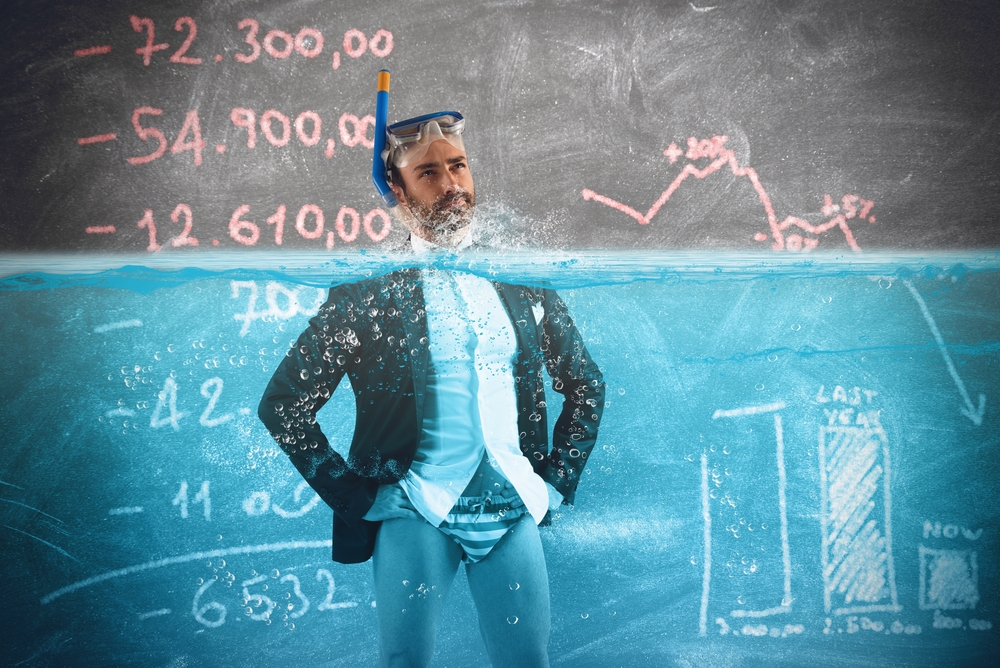 When you've got a big black cloud of bills hanging over you, it takes a toll on your emotional and mental health, not to mention the havoc it can wreak with your finances. If you're stuck with student loans, credit cards or a car loan, your first priority should be finding a way to get out of debt for good.

How long it takes you to dump your debt depends on a lot of factors, including how much you owe and what you're able to pay towards it each month. When you don't have a lot of wiggle room in your budget, you may have to get creative in looking for ways to drum up some additional cash.

If you're determined to wipe out your balances as quickly as possible, your methods for making extra money might go beyond just getting a part-time job or selling stuff on eBay. MyBankTracker was curious about how far people would be willing to go to get out of debt so we scoured the web to find some of the most extreme payoff stories, and some of these are definitely on the more inventive end of the spectrum.

If your current system seems a little vanilla by comparison or you're making slow progress, it may be time to head back to the drawing board.

U.K. students Ross Harper and Ed Moyse were preparing for their last year at university and staring down approximately $80,000 in education debt when they came up with an idea for paying it all off. They decided to sell advertising space on their faces to a different company every day for a year and from there, BuyMyFace.com was born.

According to The Huffington Post, they started off charging just a few bucks for each ad but the rate eventually climbed to about $600 per day. After a year of wearing face paint, the duo say their student loans have disappeared completely.

2. Give your home an extreme makeover

If the idea of walking around with an ad on your face doesn't appeal to you, you could always stick one on your home instead. That's exactly what one California couple did, according to a Reuters report.

Scott and Beth Hostetler were looking for a way to pay off their credit cards when they stumbled across marketing company Brainiacs From Mars. In exchange for letting the company transform their home's exterior into ad space, the Hostetlers reportedly received $2,000 a month to tackle the debt.

For some people, becoming a parent proves to be more difficult than others and the result is a steady demand for egg and sperm donations. Donating is a good way to help others in need but it can also come with a nice payday.

Blogger Kathleen Celmins shared her egg donation story on her blog, Frugal Portland. Stuck with five figures in debt, she donated her eggs twice while living in Washington, DC and again after moving back to Portland. Approximately $7,000 of the money she made went towards ridding herself of high interest credit cards, which helped her to speed up her total debt payoff.

Scientific research sometimes requires that new medications or treatments be tested on living subjects and volunteering yourself to be a lab rat could help you to get debt-free faster.

In 2012, CNN Money told the story of 28-year-old graduate John McKinley-Campbell, who was tackling his $135,000 student loan debt by participating in medical studies. McKinley-Campbell, who hoped to enroll in a PhD program, said he'd earned about $8,500 from being a test subject, which he planned to use towards his education costs. As long as you're not afraid of needles, you could shave a few extra bucks off your debt with very little effort.

5. Live outside the box

When Ken Ilgunas graduated with $32,000 in student debt in 2006, his job prospects weren't exactly spectacular. Knowing that he wouldn't be able to pay off the loans on the $8 an hour he was pulling in at Home Depot, Ilgunas packed up and moved to Alaska to take a job at a work camp. There, his hourly wage increased slightly to $9 an hour but his room and board were completely free.

After the first year, he'd earned $18,000 and 95 percent of that had gone towards his debt. When he decided to go to grad school at Duke two-and-a-half years later, he opted to live in his van to avoid going into more debt, a story he shared with Bloomberg. If you're not stuck on putting down roots in any one place, becoming a bit of a nomad can definitely work in your favor when you're trying to pay off debt.

6. Cash in on your organs

Despite the fact that it's illegal, it hasn't stopped people in countries near and far from attempting to sell their organs to pay off crippling debts. It's particularly common in India, where people living in rural areas attempt to save off poverty using microcredit loans. While they're helpful for some, they turn out to be a nightmare for others.

Bangladesh resident Mohammad Akhtar Alam, 33 told the BBC that he'd sold his kidney to pay off multiple loans. Afterward, he ended up partially paralyzed and only received a fraction of the amount he was promised. If you think this kind of thing could only happen overseas, think again. In 2011, The Huffington Post featured a brief story on a Craigslist poster who was offering their organs in exchange for having someone pay off their child's $200,000 student loan debt.