Should Parents Invest Instead of Paying Off Children's Tuition? 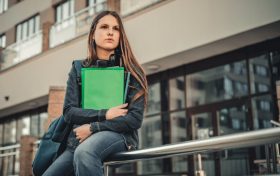 Paying off your child’s student loan is the sort of philanthropic gesture every mom and dad dreams about when they send Junior off to college.

He spends four to six years learning, studying and partying. You spend 10 seconds writing a check to pay for it. He’s now free of debt to go off on the next stage of life. You’re $27,000 poorer (average student loan tab for college graduates), but basking in the glow of parental altruism.
Everyone’s happy.

Where did the glow go?

“It’s a difficult situation,” said Matt Kelly, a vice president and financial advisor at Morgan Stanley’s office in Florida. “Very few people are wealthy enough that to pay for their child’s college education or their student loans and not have it affect retirement. Something is going to suffer and usually it’s the retirement account.”

There is plenty of statistical proof that it’s happening. The New York Federal Reserve (NYFR) says that 2.2 million Americans age 60 and above are paying off student loans. Another 4.6 million people, between the ages of 50 and 59, are paying student loans. Together they owe $150 billion, according to the NYFR and while some people are still paying off loans for their own schooling, most are paying on loans their children took to go to college.

That’s $150 billion that could have gone toward retirement investing and even if you gave them the complete 133 percent gain the market made over the last four years, that would still mean $300 billion more in retirement accounts today.

“That is why it’s a huge risk when you leave a gap in your retirement account,” Kelly said. “When the market surges like that, you don’t just miss out on today’s earnings, you miss out on the compound earnings that happen over time and could really show up when you are ready to retire.”

No parent wants to deny their child the opportunity to earn a college degree, but you don’t want your child to have to take care of you when you retire. It is still possible to take on both challenges, but it may require toning down expectations.

“There are ways to make college affordable,” Kelly said, “but there is really no way to get back the time you lose if you stop investing in your retirement account.”

Still, there are parents who feel guilty about the wall of debt facing their children. Parents are in a precarious financial position from the combination of steep increases in college tuition, reduced funding from the state and the student’s desire to go to the most prestigious school that will accept them.

Unfortunately, there will be no scholarships or loans for retirement.

“I know it sounds mean, but you can’t ignore your retirement account,” Kelly said. “It’s actually a chance to teach children a very good lesson in financial discipline. Show them what you’re doing and why. It’s as valuable an education as anything they’ll learn at college.”

Bill Fay is a writer for Debt.org, focused mainly on news stories about the spending habits of families and government. He spent 21 years in the newspaper business and eight more in television and radio, dealing with college and professional sports, then seven forgettable years writing speeches and marketing materials for a government agency.

About the author Guest Contributor

<p>really great article and i has very useful information</p>