When is Debt Settlement Worth It?

Debt settlement can help you find a way out of crushing debt, but with all the strings attached is it worth it? MyBankTracker explains who it's right for. 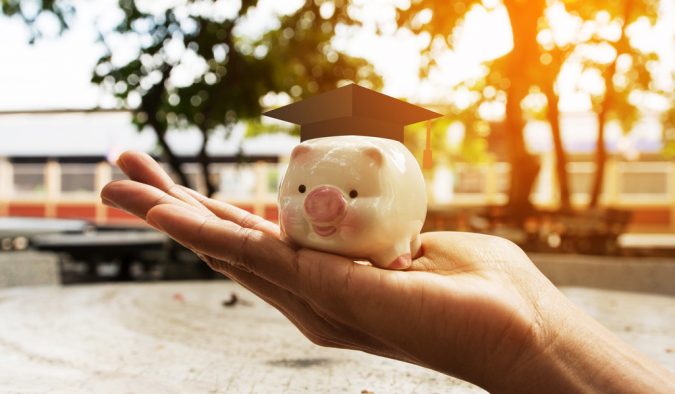 As a college student with essentially no knowledge of personal finance, I didn't really understand what I was signing up for when I opened half a dozen credit cards. All I knew was that I now had a way to buy the stuff I wanted, along with a stack of free t-shirts.

What I didn't really take into account at the time was that I'd eventually have to pay all the money I was borrowing back, plus a decent amount of interest. By the time I graduated, I'd managed to build up a tidy stack of credit card bills but it didn't deter my plastic-using ways. It wasn't until a few years later that the debt monster finally caught up with me. By that point, I owed thousands of dollars to several different cards and I was behind on payments to all of them.

Unable to make even the minimums, I started researching different ways to get the debt under control. My goal at the time was to get my creditors off my back as quickly as possible, so after looking at consolidation loans, debt management, and even bankruptcy, I decided to try and settle the balances. Over a period of about two years, I was able to eventually wipe the slate clean, although it came at a price. If you're contemplating whether debt settlement is worth it, asking yourself these four questions can make your decision a little easier.

How much money could you save?

Debt settlement can be a tricky thing because what one credit card company is willing to accept may be much less than what another will agree to. Depending on the creditor, you may be able to knock off anywhere from 25 to 75 percent off your final bill. Some credit card companies are notorious for being particularly difficult to budge when it comes working out a settlement. When you're weighing the reasons for and against, the amount you can potentially save should be at the top of the list.

In my case, I got lucky because all of my creditors were willing to play ball. I had two cards issued by major banks in the mix, along with several retail cards and my highest balance was a little over $5,000. In the end, I averaged between 40-50 percent in savings on all the debts, although some creditors wanted more cash than others. How much of a deal you're able to get really depends on what you have to offer, which brings me to the next question.

Are you in a position to settle?

Aside from paying less than what's owed, the whole point of a settlement is to wipe out the debt in one go instead of making payments over a period of years. Before you call up a creditor to make an offer, you have to know how much you can actually afford to pay. If you've only got a couple hundred bucks in the bank and your balance is four or five figures, the odds of cutting a deal are pretty slim.

Saving money when you're in debt seems counterintuitive but it's a must if you don't want to get the brush-off when you're ready to propose a settlement. Every time you get some cash together, you can call up one of your creditors and try to cross them off your list. It may take you awhile to get around to all of them but that could actually work in your favor. The longer a debt remains outstanding, the more willing the creditor may be to take whatever it is you've put on the table to avoid having to write it off altogether.

What are the possible tax implications?

Settling your debt can help you avoid collection actions and stop those annoying phone calls but it can also come back to bite you at tax time. Once a debt's been settled, the remaining amount is canceled and the IRS considers it to be income. There are a few exceptions to the rule but they typically don't apply to credit cards.

If you end up getting tens of thousands of dollars forgiven, that can drastically increase your tax liability. The only way to escape a huge tax bill is to demonstrate that you were insolvent at the time the settlement occurred. That just means that the amount of your debt exceeded the value of your assets. In my case, that was fairly easy since I didn't own any property but you might have a harder time proving it if you own a home or you run a small business as a sole proprietor.

How much will it damage your credit?

Your payment history carries a lot of weight when it comes to how your FICO score is calculated. Just one late or missed payment can be a real killer to your credit rating. Debt settlement is kind of a Catch-22 since it allows you to get some breathing room financially, but your credit won't be left unscathed.

Generally, creditors aren't even willing to talk settlement until you're behind on the payments. If you're not able to settle your debts all at once because you're having to save the money up over time, that's even more negative marks being added to your credit report. Once you do cut a deal, your creditor may report the account as "Settled," which lenders won't look too favorably upon.

In my situation, my FICO score had already suffered and I'd made up my mind that I wouldn't be falling down the credit card rabbit hole again. The additional hits my credit took while I was working out various settlements didn't really bother me because I really had nowhere to go but up at that point.

So, is debt settlement worth it? The answer is, it depends. For me, it was definitely the right move. I was ready to get out from underneath those crushing bills and I learned a lot about credit cards, debt and personal finance along the way, which was definitely a plus. I also didn't have a problem with negotiating with the credit card companies directly, which can be intimidating for some people.

In the end, it comes down to how frustrated you are with being in debt, what kind of cash flow you're working with and whether you're willing to sacrifice your credit temporarily to benefit in the long-term.