How SWAG Can Help Build Your Wealth

Silver, Wine, Art, and Gold (SWAG) can be one of the best alternative investments for certain people. But do you know SWAG's pros and cons? 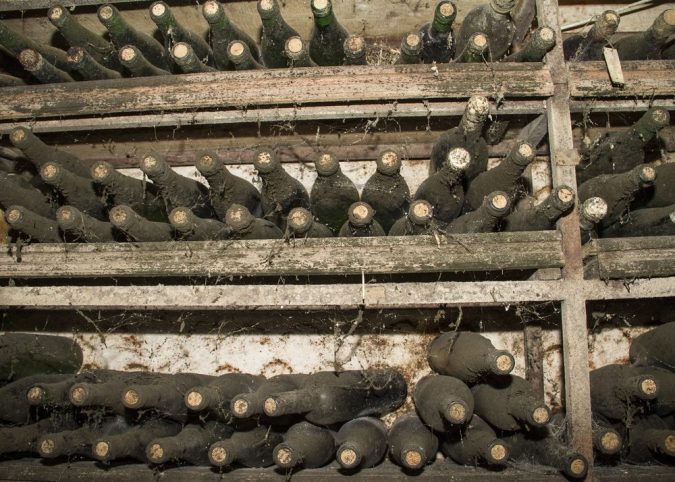 You can put your money in the bank. You can buy a chunk of real estate. You can buy stocks and pray they go up. Or you can do what investors have been doing for centuries, and get yourself some SWAG.

Despite its more contemporary slang association, in the more staid investment world SWAG isn’t short for swagger. SWAG stands for Silver, Wine, Art, and Gold. Investment writer Joe Roseman, coined the acronym in 2011, noting that the four assets shared unique properties in terms of storing value. Specifically, they all are relatively easy to move, have a time-tested worth outside of government backing, and provide no income stream (and thus SWAG owners are not subject to income tax).

One or all of the components of SWAG have long been popular with investors. But like all investment decisions, putting your wealth in SWAG comes with distinct advantages and disadvantages, and it helps to understand them before you go out and get your SWAG on.

Perhaps the most popular reason people like to plunk their money into the SWAG asset class is hedging against a major catastrophe that would cripple the equity and currency markets. No, seriously, that’s a big reason people like SWAG -- it’s apocalypse insurance.

These particular commodities enjoy lasting popularity with the doom-and-gloom set because they have such a long history of being considered valuable without any government’s say-so. The thinking goes, if the stock market was set on fire and the banks crumbled and all the world governments went kaput (or at the very least, the government that backed all the money you had your savings in), everyone would go back to trading commodities for value. Especially non-perishables like SWAG.

Gold and silver especially have been considered valuable commodities for thousands of years -- long before the United States was even a thing -- and they still will be when (if) the U.S. government were to ever quit giving value to the dollar. It’s morbid stuff, but as far as the market is concerned, it’s the truth. It’s no coincidence that during the Great Recession gold had one of the biggest bull runs of recent history. Just remember: “When things get bad, people want SWAG.”

While not as dramatic as super-duper catastrophe insurance, SWAG does provide a method of diversifying assets without exposure to the equity markets. The stock market and world currencies are all tied to one another to some degree -- having all of your assets in just stocks and cash puts your wealth at the mercy of the markets.

Of course, we tend to trust those markets pretty heavily. Most people aren’t counting on a 1929-style crash anytime soon (we hope). Most people aren’t afraid their bank is going to fail and take their deposits with them -- we have the FDIC to thank for that. But stocks do go down, and currencies do lose value. SWAG, though, exists in a world of its own, and can provide diversification independent from the markets.

Not to mention, SWAG is tangible. This matters more than you might think. In a world where wealth is increasingly digital, and your entire savings are often just numbers on a screen, people have historically taken comfort in wealth that can’t disappear with the push of a button.

For those looking neither to diversify nor prepare for the end of days, SWAG’s big allure is that it makes money for the holder by doing nothing more than existing. That is, you buy SWAG, you put it in a closet, underneath the mattress, or in a bank deposit box if you don’t think banks are about to collapse anytime soon, and you wait. Theoretically, when you go to retrieve your SWAG assets, they appreciate in value.

Of course, it’s not a foolproof strategy. For instance, after a decade-long run-up, gold has lost over 30 percent of its value in 2014. But as opposed to keeping your wealth in currency, which is subject to inflation and thus slowly loses value, or the stock market, which is subject to people’s emotions and as erratic as the day is long, SWAG provides an easy, time-tested way for your wealth to earn more wealth by doing absolutely nothing. And that's why many believe this asset class to be one of the best alternative investments.

As previously mentioned, SWAG is tangible. That also means it takes up space. While finding a place for your Krugerrands, pinot noirs, and expensive paintings might not seem like too much of a burden, it is one more thing to worry about and keep protected. Contrast SWAG with money in bank (the aforementioned numbers on a screen) or stocks in an eTrade account (once again, numbers on a screen), whose space is not limited by anything in the physical world.

A million dollars worth of gold, as of July 2014, is approximately 52 pounds. A million in U.S. dollars in an online account? Zero pounds, making it much easier to physically manage.

2. Volatility, uncertainty, and other joys of alternative investments

Considering the lengthy trading history of these assets, one might assume they have some stability. Not so much. Global gold and silver prices move pretty significantly day-to-day. And this is to say nothing of individual pieces of art or bottles of wine, which can appreciate or depreciate with little warning on a case-by-case basis.

The fact that SWAG is a physical asset means it’s exposed to the physical world -- and vulnerable. Wine can spoil. Paintings can spend too long in a damp basement and become utterly worthless. Gold and silver are definitely much hardier, but that doesn’t mean they’re completely safe.

Of course, digital assets are certainly vulnerable in their own way, and the stock market has more than its share of ups and downs. But with your wealth in a bank, you don’t have to worry that a power outage in your cellar may spoil all your money.

For an example of the big pitfalls of SWAG, look to 2013. In that year the S&P 500, the famous stock market index that provides an approximate barometer of the market at large, climbed 32 percent. Investors in the big “value” plays saw their stock wealth increase nearly a third in one year.

On the other hand, a SWAG investor would have seen their wealth shrink. A lot. Gold lost 30 percent. Silver fared even worse, losing a whopping 36 percent that year. It was not a good year for shiny precious metals, to say the least.

Good times for the economy at large do not translate into good times for SWAG. Quite the opposite, actually. The more people trust the market and government to create and sustain wealth, the less they feel the need for insurance like SWAG.

About the author Veronica Stewart
Veronica is a staff writer for MyBankTracker. She is an expert in investing, consumer bank accounts and retirement.

<p>The fallacy behind the idea of buying SWAG is that you're assuming that those items will be worth something if everything goes to pieces. You're also assuming there will be some valuation system by which you can use SWAG to obtain the necessities of life.</p>

<p>Tonight, I'm going to look at my bottle of two-buck Chuck sold at Trader Joe's with renewed thirst. I didn't know I owned any SWAG, so I'm feel much richer after reading your story.</p>