How Can Student Loans Be Forgiven by the Government

The Public Service Loan Forgiveness Program can help to eliminate student loan debt but there are some potential pitfalls borrowers should consider. 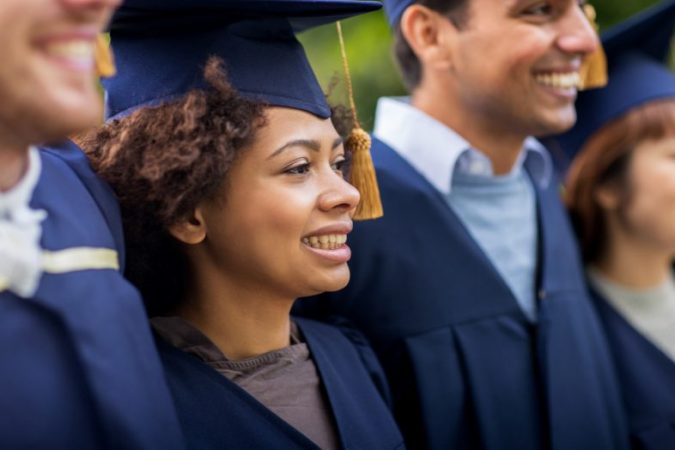 When you've racked up five or even six figures in loans and you're not earning a ton of cash yet, it can seem like there's no light at the end of the tunnel. If you're working in the public sector, you may be able to get some relief through the Public Service Loan Forgiveness program but it's not necessarily a magic bullet.

The concept behind the public service loan forgiveness program is pretty straightforward. You work full-time at a public service organization and after you make 120 full, on-time payments towards your loans the remaining balance is written off. That means you're looking at a 10-year commitment before the debt can be cleared completely.

The program is limited to borrowers who took out Direct Loans. Any loans you have through the Federal Family Education Loan Program, Perkins Loan Program or a private lender aren't eligible. The type of you job you have doesn't really matter, as long as you work for a qualifying employer. That could be a federal, state or local government agency, tax-exempt non-profit or a private non-profit that provides public services, such as public safety, law enforcement or education.

Getting the most out of the program

You have to be on an approved repayment plan to apply for Public Service Loan Forgiveness. Since the standard plan limits the repayment period to 10 years anyway, you wouldn't benefit from going that route. In fact, the Department of Education actually encourages borrowers to look into the different income-driven options to maximize the amount of forgiveness they qualify for.

Under the income-based repayment plan, for example, your payments are based on your household size and are capped at 15 percent of your discretionary income. Public service jobs generally aren't high-paying to begin with so you stand to get the most amount of loans forgiven if you choose this option.

Weighing the pros and cons for borrowers

The most obvious benefit of the public service loan forgiveness is that it lets you get rid of student debt faster. If you're on an income-driven repayment plan, your monthly payments aren't as likely to put a major strain on your budget either, which is definitely a positive if you're also dealing with credit card debt or you're trying to save money so you can buy a home down the line. There's also an extra plus since your forgiven loans won't count against you at tax time. If you were enrolled in an income-driven repayment plan only, anything the government writes off would be considered taxable income.

For some borrowers, the service commitment tends to be the biggest obstacle especially if you were considering a different career path. Aside from the pay difference compared to the private sector, public service jobs tend to be more stressful by nature. If you end up getting burned out and leaving public employment, you won't be eligible for public loan forgiveness no matter how close you are to the 10-year mark.

The other big danger with the program is that it could always be cut if funding runs out. If the program folds, some borrowers could actually end up worse off than when they started if the amount they've been paying on an IBR plan isn't enough to offset the interest that the loans have racked up in the meantime.

Are there alternatives for making student debt more manageable?

If the idea of working long-term in a public service role doesn't appeal to you, there are still some things you can do to get your student debt under control. When a low salary and high monthly payments are the problem, seeing whether you qualify for an income-driven repayment plan is the first option. That can be a band-aid of sorts if you're just starting out in your career and you expect your income to increase over time.

Consolidating your federal loans can also help you to cut your monthly payments down a little and potentially shave some points off your interest rate. You also have the same option if you took out private loans but there is a catch. Generally, private lenders will look at your credit score to see if you qualify so if you don't have great credit, you'll likely need a cosigner to get the debt refinanced. If you're not eligible for any kind of forgiveness program, consolidating or refinancing is a no-brainer.

For someone who's got a lot of student loan debt, the public service forgiveness program makes sense if you were planning on that kind of career already. That doesn't mean, however, that it's a wise move to look for a job solely based on whether or not it would make you eligible for forgiveness. Since you run the risk of losing out on any program benefits if you leave the public sector, you need to be absolutely sure going in that it's what you want to do.

As far as the tax implications go, it easily wins out over the income-driven plans, particularly if you borrowed $100,000 or more to get a degree. Having to claim thousands of dollars more as income could push you into a much higher tax bracket, resulting in a bigger tax bill and even more financial woes.

Ultimately, what you should weigh the heaviest when considering public service loan forgiveness is how much money it could really save you. If you didn't borrow that much to begin with, you may not have that much of an incentive to sign on for the long haul.

<p>Going to a pricey school is definitely problematic if you're not looking into any options besides loans to pay your way through. I think a lot of students out there are feeling the crunch in terms of, "You won't be able to get a job without a college degree" so they're taking on excessive loans as a means to an end without really thinking about how it's going to affect them in the long term.</p><p>I don't think financing your education is ever the best option but I agree that if you're going to do it, it should be in pursuit of a degree that's going to translate to a sustainable career down the line. The public service loan program may offer relief for certain borrowers but again, I don't think students should fall into the trap of racking up loans to get a specific kind of degree in the hopes of having it forgiven.</p>

<p>"Are there alternatives for making student debt more manageable?"</p><p>Yes. Go to a school that doesn't cost so much. The "old school tie" will get you only so far in most situations (except the federal government, where the Harvard-Yale-Columbia-Princeton crowd renews itself each generation despite the lousy job it does for us mere mortals).</p><p>Get a job while in school. Take fewer vacations while in school. Work instead, maybe even a paying job instead of that "internship" that consisted of getting coffee for the higher-ups and picking up their dry cleaning. Drive a beater and tell Mom and Dad to put the money towards your tuition. Pursue a double major, with the second in something immediately useful to go with that degree in Philosophy, Poli Sci, History, or Art.</p>

<p>And if you're financing your education because you can't afford it otherwise, at least have good sense to get a degree in something that's in demand THAT WILL HELP YOU EARN TO SUSTAIN YOU AND ADEQUATELY SERVICE YOUR DEBT!!!!</p>