Why Your Fear of Going Broke In Retirement Will Come True

You’ve heard that Americans aren’t saving enough for retirement, but you're doing nothing about it. These 6 reasons will ensure you go broke in retirement. 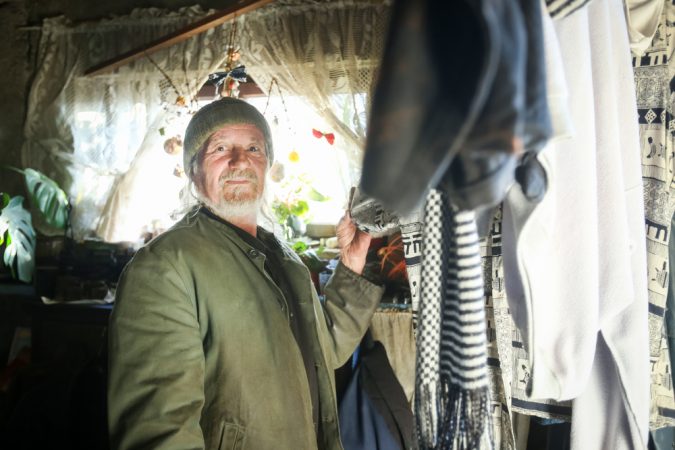 You’ve heard for years that Americans aren’t saving enough for retirement -- and you might even be one of the millions struggling to save enough to retire at all, let alone comfortably. Now it seems even some of America’s most well-off individuals fear they may end up broke in retirement.

Results from Bank of America’s Merrill Edge report found that even the most affluent Americans -- individuals with $50,000-250,000 in investable assets -- fear they will run out of money in retirement. In all, 55 percent of the 1,000 people surveyed were worried that they would go broke in retirement.
“While the prospect of retirement investing can sometimes feel complex, there are steps that investors can take to help increase the likelihood that they will have a financially secure retirement,” said Aron Levine, head of Preferred Banking and Investments at Bank of America. “Laying a solid financial foundation starts with motivation and self-discipline.”
Unfortunately, many Americans just don’t have the means or self-discipline to save for retirement. The survey found that 63 percent of respondents say that living “in the here and now” is a more popular priority than saving for the future. Do you fear that you might end up going broke in retirement? Here are six reasons why those worries might come true:

According to the Center for Retirement Research at Boston College, 53 percent of households are “at risk” of not having enough to maintain their living standards in retirement. A big reason for that risk is the simple fact that Americans aren’t saving enough for retirement. Surveys have long shown that Americans don’t save enough, but there’s a big difference between not saving enough and not saving at all.
Ask yourself: What are you doing to save and is it enough? If the answer to the latter half of that question is no, you have to put together a retirement savings plan. It’s never too late to start saving for retirement -- even at 65 -- but you could end up a broke retiree if you don’t take action now.

Today’s retirees spend more on health care than they do on food. A couple retiring is expected to need over $250,000 to cover health care costs. That’s a huge amount of money you must plan for -- and you might have to save even more if you anticipate needing long-term care or have a chronic health condition (or family history of one).

There are many unforeseen health issues that could arise in your golden years, so you must save for issues you don’t even know could arise. Plus, data from the Bureau of Labor Statistics suggest that health care increases by 25 percent during the first decade after the age of 65. It’s imperative that you plan for health care costs and major medical issues in retirement -- you’ll end up broke otherwise.

3. Not accounting for catastrophic events

Even if you’ve saved an ample amount for health care expenses in retirement, you also have to plan for major life events that could shake your financial stability. Would you be able to survive if your spouse died or you got divorced? What if your adult child comes to you requesting financial help? Will you really be able to say no? What if there’s another major financial collapse? Are your investments safe? And do you live in a place where a major natural disaster could destroy your home? A good retirement plan will take into account all of the challenges you might face as a retiree -- if you don't have one, you might go broke in retirement.
Related: 5 Steps to Retire Debt-Free

Gallup poll found that the average retirement age has risen to 62, the highest that the polling firm has found since it began asking Americans the question in 1991. While most everyone would love to retire a few years early, the reality is that early retirement is just not a plausible option for most people.

According to the data from the Center for Retirement Research, more than half of U.S. households will not have enough retirement income to maintain their pre-retirement standard of living -- even if they work to age 65 and annuitize all of their financial assets. As life expectancy continues to rise, the most foolish thing you could do is retire too early -- unless you want to end up broke in retirement.

Even if you have enough money to retire and maintain a decent standard of living, if you waste your money on lavish, unnecessary expenses in retirement you could be heading down a rocky road. Continuing to live as extravagantly as you did while you were bringing in steady paycheck is foolish.

Unfortunately, it seems many Americans aren’t willing to cut back on discretionary spending now -- 33 percent of the Merrill respondents would not trim on entertainment to save more -- which isn’t a good sign for when retirement hits. A successful retiree will adjust their lifestyle to fit their financial resources -- or risk going broke in retirement.