4 Rules for Paying Off Debt With Cash Savings

Being in debt can put a serious strain on your finances and your state of mind, especially if you’re having trouble making a dent in what you owe. The best way to avoid the debt blues is to avoid borrowing altogether, but if your cash is limited, parting with it isn’t always the right choice. 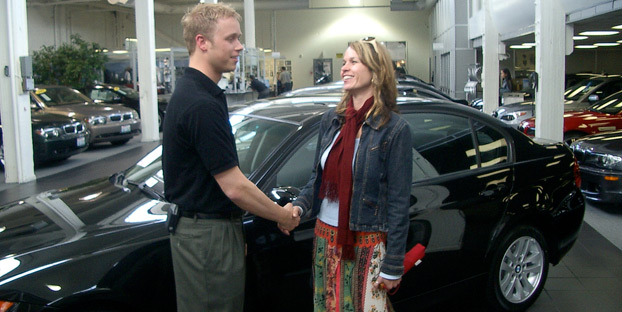 If you’re clueless about whether you should use your cash savings to pay off debt, I’ve broken down some common scenarios that many 20- and 30-somethings are facing. This seems to be a dilemma and common question on popular money forums from young people who aren’t sure whether they should take a chunk out of their savings to pay down some looming debt.

I’ve also crunched the numbers for you so to give you an idea of how much you stand to save and what you could possibly be losing if you liquidate your savings to pay off some debt.

Getting a college degree is pretty much a prerequisite these days for finding success in the workplace but it comes at a price. For the 2020-21 school year, the average annual tuition rate was nearly $11,000 for in-state residents attending public residents and more than $41,000 for those choosing private school, according to CollegeBoard. If you plan to go graduate school later on, you’re easily looking at a six-figure bill altogether.

Deciding whether to pay cash or take out loans really comes down to where the money would come from and how much your degree is going to cost. For instance, if your parents have built up a decent-sized college savings account for you, then borrowing really doesn’t make much sense. You would still be on the hook for paying your basic living expenses like food and transportation, but those things are pretty doable if you’re working your through school.

On the other hand, if Mom and Dad are planning to cash out their retirement or you’ve got an inherited investment account that you want to use for school, you have to look at the long-term cost. For example, assume you would borrow $30,000, which is the average student loan debt. If you choose a standard 10-year repayment plan with a 4 percent interest rate, you’d pay around $6,500 in interest over the life of the loan.

Final thoughts: According to the example above, borrowing would seem more appealing, but it’s only a wise move if you know you’re going to be able to pay back your loans on schedule.

Credit cards can become the bane of your existence if you’re not careful about how you use them. If you’re stuck with an interest rate of 15 percent or higher and you’re only paying the minimums each month, the odds are good that you won’t be seeing the light at the end of the tunnel any time soon. When you’ve got a few bucks saved in your emergency fund or a windfall comes your way, it’s tempting to just wipe out the debt for good.

If you’re not sure about whether you should pull the trigger, adding up what the debt is costing can put you on the right path. For example, if you’ve got $5,000 in debt at an interest rate of 18 percent and you’re making payments of $150 a month, it’ll take you nearly four years to pay it off and you’ll shell out close to $2,000 in interest. If you have $5,000 tucked away in an online savings account, you can save yourself two grand instantly.

Final thoughts: The catch is figuring out how inconvenient cashing out your savings is going to be, at least in the short-term. If you’re using every penny you’ve got and it’s going to take you more than a couple of months to replenish your account, you could be in hot water if an emergency pops up. Being debt-free may only be temporary if you’ve got to whip out the plastic again to cover an unexpected expense because your bank account is busted.
Did you know? The Federal Reserve estimates that total household credit card debt in the U.S. tops $880 billion.

Driving a shiny new car can be a real ego boost but it’ll leave your wallet feeling down in the dumps if you’re forking over a huge amount of money for interest on a loan. If you’ve got great credit, you may be able to score a low rate of around 4 or 5 percent but a 20-something who hasn’t had a chance to build up their credit yet might be looking at closer to 12 or even 15 percent.

Besides the rate, there’s also the depreciation to consider. A car that costs $15,000 brand-new is only going to be worth about $6,500 after five years. If you took out a five-year loan for that amount at 7 percent, you’d pay close to $3,000 in interest by the time it’s all said and done. That’s $18,000 you’ve spent for a car that’s now worth a third of that.

Final thoughts: If you’re able to pay cash without completely draining your account, you should do so, as you will minimize the financial hit from the lost value.

Buying a home is a major deal and it requires having a certain amount of cash on-hand to cover your down payment. Typically, homebuyers are expected to pony up 20 percent of the home’s value unless you’re taking out a VA or FHA loan, in which case you may not need to bring quite as much money to the table. Whether you put down that amount or less, directly impacts how much the home costs you over the life of the loan.

Effectively, you’ve grown your nest egg but you’ve cost yourself money in the process, thanks to all that interest.

Final thoughts: If you’re planning to be in the home for a while, using the cash you have on hand to knock down the amount you’re financing yields the bigger benefit financially.
Did you know? Just over 40 percent of homebuyers paid all cash for their homes in 2014, according to RealtyTrac.
Saying goodbye to a big chunk of your savings may not be easy, but it can work in your favor in certain situations. The trick is to calculate how much you’ll gain versus what you stand to lose over the long-term, so you don’t come up short.

Related Articles
How Far Would You Go to Get Rid of Your Student Debt?
Debt is Good — for You and the Economy
Top 10 Most Common Causes of Debt
4 Steps to Follow If a Debt Collection Agency Scam Is Happening to You
When is Debt Settlement Worth It?
Are There Alternatives to Bankruptcy to Get Rid Off Debt?