How to Use Chexsystems to Fix a Bad Credit Report

Denied a checking account? Can't write a check or open savings? It's important to fix a bad credit report on file with ChexSystems. 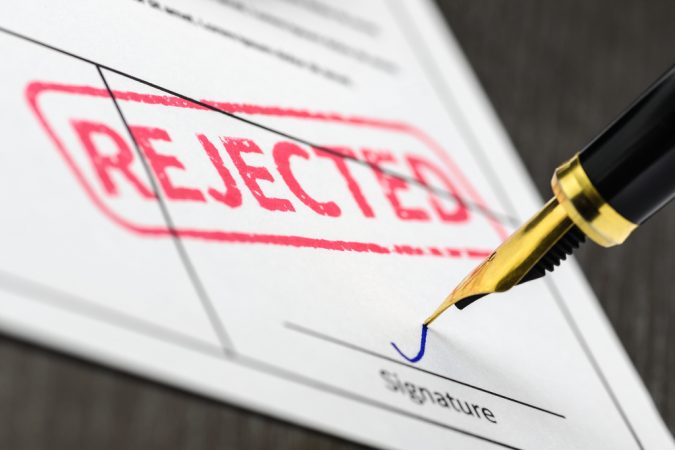 ChexSystems is a reporting agency sort of like a credit reporting agency, like Experian, Equifax or TransUnion, but unlike those bureaus, ChexSystems only reports on activity related to deposit accounts, like checking and savings accounts.

Often times, people are reported to ChexSystems if they have bounced a series of checks or have an account with an unpaid negative balance.

A ChexSystems report can reveal items such as negative balances, account overdrafts (e.g. non-sufficient funds), and suspected fraudulent activity by the account holder.

This information is readily accessible to 80% of all commercial banks and credit unions in the United States that use ChexSystems prior to approving an application for a deposit account.

Banking institutions have been very strict when reviewing applications of those who have outstanding negative items on their report - often resulting in the denial of an account application.

Just one undesirable mark is enough for most banks to turn down a consumer with a bad banking history, which has led to a number of consumer complaints regarding the difficulty of opening a checking account.

In addition to the negative items in a report, an individual can find the status of their security alerts, security freezes, report inquiries, ordered checks, and any written checks that failed to be processed by retailers and businesses can show up on the ChexSystems file.

ChexSystems is regulated by the Fair Credit Reporting Act which enables consumers to obtain a free ChexSystems report annually.

If anyone who finds that the items on their report was erroneous, they may request that ChexSystems investigate the matter in order to have any item on the report removed.

Even after fixing any discrepancies on a consumer report, ChexSystems will still keep all incidents on file for 5 years.

So just like with credit cards, do not violate the terms of the financial account because someone is watching and recording any type of bad behavior and irresponsible activity - a warning sign to banks that they do not want their business.

A bad report can mean a bad day, and shouldn't be taken lightly, so here are the things you need to know about cleaning up your report:5

1. Obtain a copy of your report

If you've been denied a banking account such as a checking or savings account, then ChexSystems likely has information about you that banks don't want to hear.

To order your report, click here and follow the steps provided. You'll need to share personal information, such as your social security number and driver's license number.

Even if you think you already know what the problem might be, order the report to know for sure.

Depending on how many bank accounts you've had in the past, there may or may not be a lot of activity on your report.

Look for anything unusual and for any errors. Negative information will generally remain on the report for five years unless the bank contacts ChexSystems to remove it.

If you have had some problems such as accidentally bounced checks or other account activity and you know you are the responsible party, that doesn't mean all hope is lost.

If you've paid money owed to a bank, you can dispute the information to try to get it removed.

The only catch is that you have to do it in writing using this online form and mailing or faxing it to ChexSystems after carefully filling it out.

Responses on the form are limited to 100 words, or if you live in Maine, 200 words. Be concise, to the point, and above all, keep it business-like and professional.

ChexSystems will reject any statements that contain profanity, names of other businesses or people, and each response must solely pertain to the information on the report.

ChexSystems also warns that any personal information such as medical issues and other information you provide will be provided to any bank which requests a report in the future.

Think very carefully about developing a persuasive, factual argument that won't come back to haunt you later.

ChexSystems is responsible to live up to the regulations laid out in the Fair Credit Reporting Act, so they are obligated to report back on errors to you within 30 days, or 21 days if you are a Maine resident.

3. What to do if your identity has been stolen

If you think you are a victim of identity theft, you have additional rights, but also some additional problems to deal with and steps to take.

The Federal Trade Commission has information about your rights. One of the first things to do, in addition to working with ChexSystems, is to file an initial fraud alert and contact Equifax, Experian, and TransUnion to make sure everyone is up to date.

Next up is filing an identity theft report to get an extended fraud alert, which will allow you an additional free credit report over the next year to keep an eye out for any additional fraudulent activity and have the reporting agencies block the related information.

You may have to jump through extra hoops, such as contacting debt collectors, but it's worth the time and trouble.

A lot of future moves like getting a line of credit, buying a home or a car can rest on how much effort you put into fixing your information early.

<p>I was a victim of a fraudulent employer who paid me with a 3k check. Chase cleared it. After speaking with the bank I was unable to bring back the money before I was robbed and left for dead on Sun. found at 1 am Mon. and helicoptered to an ER that saved my life. I woke up 1 mo later. I have evidence and a man is in prison for attempted murder. Although I've recoverd mentally and physically. I cannot open a bank account as Chase is on Check Systems as a derogatory debt. I'm not at fault.</p>

<p>Thank you for this story. Very informative and very helpful with the added direct link to get my CheckSystems report.</p>

<p>Problem with this article is where it says CLICK HERE to get your report from ChexSystems there is no link.</p>