P2P Lending Woes: You Just Don’t Know Who to Trust

MyBankTracker's Simon Zhen tested out the P2P Lending Club and is intrigued by what he found there. There is lots of high risk and return in p2p lending. 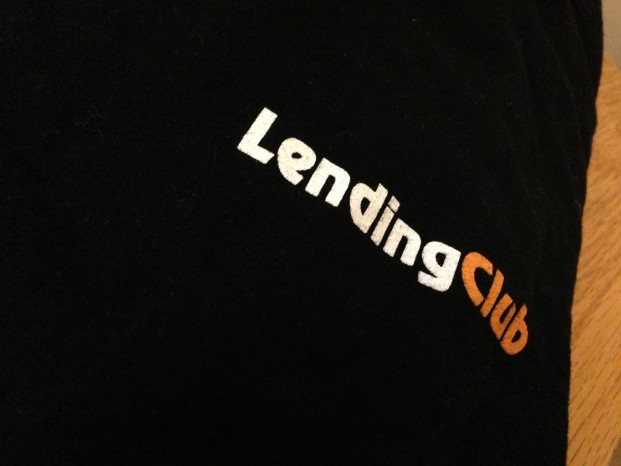 As savings rates slip in recent years, I’ve been slowly ramping up my investments in Lending Club loans. Lending Club allows a pool of investors to lend money (as small as $25 per loan note) to a borrower for a decent return. The riskier the credit profile of the borrower, the higher the potential return.

Now, three years after signing up for this peer-to-peer (P2P) lending platform, my first loans are starting to become fully repaid.

Although the P2P lending experience has been great, it wasn't exact smooth sailing -- I'm starting to see defaults and charge-offs. Some borrowers tout great financial profiles, but it doesn't mean that they're credible.

Given that P2P lending is still in its infancy, I’ve been conservative in the types of loans that I choose to invest in. The majority of my loans are to borrowers who have credit scores ranging from 680 to 740.

Other things I look for include: decent cash flow to sustain monthly payments in addition to monthly expenses, employment at the current job for at least 2 years, a respectable debt-to-income ratio, and no delinquencies or public records. I tend to prefer borrowers who work for larger, well-known companies and those who seek to consolidate their debt.

So far, I’ve been enjoying a nice return of 9.54 percent -- better than any savings account or CD will give me.

Obviously, the return would have been higher if a couple of my loans didn’t end in default.

One borrower who stated that he or she was a dentist, with a credit score of in the upper 720s and no history of delinquencies or public records, requested a Lending Club loan of $15,000. The purpose of the loan was to consolidate credit card debt, a common goal among Lending Club borrowers.

Halfway into the 3-year loan, this dentist stopped making payments. I lost $5 of my $25 investment.

The other borrower who defaulted on me was even more of a surprise. This particular borrower identified himself or herself as a manager with a 10-year employment history at one of the largest mutual fund companies in the U.S. Again, this borrower boasted a pristine financial profile with a credit score in the low 780s, no history of credit problems and a monthly income of more than $9,000.

With those financial credentials, most investors wouldn’t care what the purpose of the loan was (it was for home improvement). But like my other experience, two years into the loan period, the borrower stopped making payments and I ended up recouping $20 of the $25 investment, and never saw my other $5.

How can you hold a commanding position at a major financial company and not be able to repay your loans? Furthermore, the ensuing crash in his or her credit score must have been pretty to watch.

As a result of these two charged-off loans, I’m now skeptical about my lending criteria. If even the "safest" potential borrowers -- squeaky clean credentials, plausible incomes -- failed me twice, why not just go for the riskier loans that come with much greater returns? I just don’t know whether a solid credit profile says anything about a borrower’s ability to repay.

But still, despite my diminishing confidence in Lending Club borrowers, a 9.54 investment return is still hard to ignore. The lesson to learn is that people who look good on paper reveal just that -- they look good on paper, which isn't necessarily a reflection of how they'll perform in reality.

<p>I too was initially skeptical 6 years ago when I began investing in P2P loans, so I started small. You should try it out a bit to get a feel for it -- about $200. The first few defaults will make you lose a little faith in the idea of P2P investing, but you'll get over it soon.</p><p>It still resembles only a very small part of my investment portfolio. Right now, I'm just happy that the interest received every month is enough to invest in another loan ($25).</p><p>Update: my annualized return is a little bit below 9%.</p>

<p>That's a little bit reassuring. I still can't help but feel like there is some overlying risk I may be overlooking. With Proper showing its first profit last year I'd imagine.</p>

<p>With these "backup plans," the P2P lending companies basically stop issuing out new loans. But, the backup servicers will continue to try to collect payments from borrowers to repay lenders.</p>

<p>So Lenders would be safe as well?</p>

<p>Prosper established a separate corporate entity that would continue to service loans in the event of bankruptcy.</p>

<p>Thanks for the reply. What about Prosper?</p>

<p>The bankruptcy of Lending Club, or any P2P lending company for that matter, is possible. But, in the case of Lending Club, it already has a contingency plan: another loan servicer is ready to take over the operations.</p><p>Other than the potential for company bankruptcy, I think the only catch is the inherent risk of lending money to strangers.</p>

<p>I've recently been exposed to P2P and am considering making a very large investing in it in lieu of a CD or Savings account. I just can't help but ask- What is the catch? I plan to diversify across hundreds of loans as suggested. I guess there is the fear of the company itself going belly up?</p>

<p>Wonder how that would affect the default rate if the terms allowed "90 days late on payment, we'll give your contact info to the 50-100 people who funded your loan" ;)</p>

<p>not everyone is like that, my wife and i had no jobs for a while and were not able to pay bills on time, when we both obtained good jobs we paid over 30000.00 dollars in debt on our own working extremely hard, and raised our credit rating it still is not where it needs to be but we are getting there. we then had hail damage to our house and i did a stupid thing ignoring my wifes statements, we got the 1st insurance check for 9,000 i paid all our lg bills that were left with that, thinking i could come up with the 9,000 before the repair was completed in a year, stupid i know, we recived the 2nd check for 5,000 that went directly to the contractor, so now i need a loan for 8000, with my credit rating i do not qualify for a traditional loan or peer2peer lending, i can afford to pay 500 a month on this loan for i now have no other debts than my house, but no one thinks im worth the risk, maybe you need to look at people who lost thier jobs of no accord of thiers,</p>

<p>I'm actually looking at getting a consolidation there.. my score is on the low side but my track record is fairly clean. Its debt-to-income that keeps it low. Which with a loan would be greatly improved. Kind of a catch 22. We will see if it works.</p>

<p>The identities of both lenders and borrowers are not disclosed to either party for privacy purposes. (I can imagine some lenders tracking down borrowers who defaulted on their P2P loans.)</p><p>As for your rejected application, that's Lending Club's stringent underwriting policy. All borrowers are required to have a minimum FICO score of 660. You'll have to keep working on improving your credit before re-applying.</p>

<p>hello, i am writting to ask how i can get in touch with actual lenders? i applied at lending club after seeing them advertise on google for accepting bad credit and what not, however.. they immediately declined my app after two seconds and said because of my credit report. i have a 640 right now and make almost every single payment for the past 6 years on time. i am trying to consolidate my current debt after a seperation and yes things are getting out of hand and i am falling behind now which i why i need the loan. if i have 500$ in monthly payments due to short loans and what not, a cons. loan can reduce that by nearly 50% and i will have no problem at all paying. i am in the military so steady income for 6 plus years now. so i want to know where i can find lenders not automated systems that have no clue on a persons actual credit profile or situation. any bodys input would be helpful please, and thank you.</p>

<p>I lend over at Prosper. I really like to go for small loans, and borrowers who have previously paid back loans to prosper. My theory is they have already paid back one loan so that makes them a little more trustworthy and if the loan is small they would be more willing to pay it back, rather than default.<br></p>

<p>Much like Mr 1500, I also see WAY better performance investing in the high risk or HR loans on Prosper (Lending Club is not available in my state.) Since Sept 2009, I'm looking at an ROI of 17% and that's investing in mainly C, D, E and HR loans.</p>

<p>Diversification is the key</p><p>As a lender you should Lent only to the most qualified<br>borrowers and with diversification.</p><p>I am lending at Social Lending site <a href="http://disq.us/url?url=http%3A%2F%2FYES-Secure.com%3ArDi9fG8rWxRyTbD1Hkj48oMGW84&amp;cuid=15643" rel="nofollow noopener" title="YES-Secure.com">YES-Secure.com</a> since 2 years and earned interest at an average of 11.5%.</p>

<p>Thanks for the advice - I'll try out that tool. I totally understand that defaults are going to happen sooner or later.</p><p>My portfolio is made up of a little more than 60 notes. Regardless of my portfolio size, it's just interesting how some good-looking borrowers cannot keep up with their loans.</p>

<p>I concur with Peter's comment. When I started out as a lender, my main goal was to avoid defaults. However, the highest performing lenders invest in riskier loans, have a higher default rate, but also earn a higher ROI. I've since changed my strategy.</p>