From a strictly financial standpoint, paying off the balances with the highest interest rates will keep more of your money in your pocket. If given the option of directing money towards debts with ...

Many consumers who’ve finally decided to become serious about clearing their credit card debt often run into this dilemma - the decision to pay off the cards with smallest balances first or the cards with the highest APRs first.

In devising a plan to remove credit card debt, people are often left with two general directions. Before figuring out which is the best way of dealing with debt, it is important to understand the pros and cons of each method. 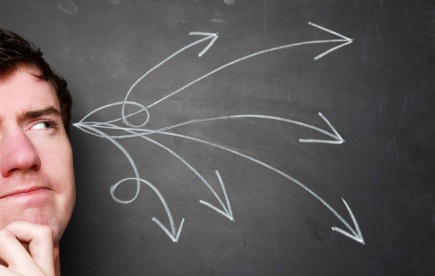 The method of tackling the smallest balances first emphasizes the quick psychological wins, the basis for the “debt snowball” formulated by personal finance guru Dave Ramsey. When you completely wipe out the balance on one credit card, it provides the momentum and confidence boost that makes it easier to stick on the path towards paying off more debts.

By paying off the smallest balances first, you may end up forking over more money in interest charges when compared to the following approach. Some critics advise against this method because it entails giving up more money to credit card companies.

From a strictly financial standpoint, paying off the balances with the highest interest rates will keep more of your money in your pocket. If given the option of directing money towards debts with different APRs, putting it into the card with the higher APR means interest charge savings that could be used to further pay down debt.

The downside of the mathematical approach is the lack of motivational drive. When the balance with the highest APR is relatively large, the process of repayment can be overwhelming. Many people tend to lose determination and quit when goals seem unachievable.

Which One is Right For You?

The choice between the two approaches is ultimately determined by your financial situation and resolve. If you feel that you tend to give up when things get tough, attack the smallest balance first. If you can handle the obstacles in order to save money, pay off the debts with the highest APRs first.

For those who are uncertain of the appropriate method for them, it is worth trying to start with the cards with the highest APRs. If you find that it becomes difficult to stay motivated, knock out the smallest balance to stay focused. Afterward, be sure to take the steps to avoid accumulating credit card debt in the future.