What to Do About What You "Should" Do with Your Money

When it comes to things you “should” do with your money, everyone has something to say. Here's how to cut through the noise and make the best decisions for you. 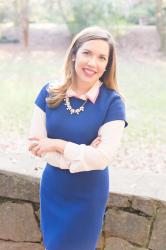 “You should only spend one week’s pay on your rent or mortgage.”

“You should never carry a balance on your credit card.”

“I’ll wait until we’re thinking of kids before buying a home.”

“You should always join finances when you’re married.”

“I should go back to school.”

I came up with the above list of financial shoulds in less than ten seconds. I’d like to think it’s because I’m a money minded freelance writer with a personal finance blog, but in reality, my personal conscience has been dominated by “shoulds” my entire life. Sometimes I get a little angry with myself that I care too much what other people think, where other people are, and how I stack up in comparison. I’m willing to bet that if you’re reading this, you feel the same way.

And I know I’m not the only one who weighs the “shoulds” before making a complex decision. This ability to think critically is hard-wired; it’s what keeps us safe and healthy. But what if all of these shoulds (personal and financial) are keeping us from living our best life?

I’m not advocating to throw caution to the wind when it comes to money. In fact, there a few financial shoulds I think we definitely should abide by:

But there aren’t really any emotions tied to these objectives, other than the misery you’ll incur for being unprepared in the event something awful happens.

The nagging “I should” feeling in life comes out to play when our financial and emotional wants are at odds. I know that feeling well. But looking back on it, the most beautiful things in my life came when I decided to chart my own course. When I did what was most authentic. Here are three examples.

“You Should Get Another Job”

In 2012, I was in New York City and found myself without a job. Suddenly, I had a choice to make. I could either find another job in a similar industry and continue my life in the city or move home and figure out something...else.

“You should just get another job so you can stay in the city,” friends said.

I was tempted take my friends' advice, to maintain the status quo and just keep on with life as I knew it. But deep down I also knew I didn’t want to spend the rest of my life being someone else’s assistant. With this in mind, I moved home to figure out what I really wanted from my life and career.

My subsequent boredom with being at home in my parent’s house and unemployed eventually led to me starting my blog, L Bee and the Money Tree. My blog is now a website that earns me an awesome at-home income each month and kickstarted my career in marketing. I’m so happy I allowed myself the time to be lost, to feel confused, and to wander. I have a hunch if I obeyed that “you should get another job mentality” I’d still be chained to a desk on Wall Street.

“You Shouldn’t Work for Yourself”

I can promise that you will never hear more “shoulds” (particularly financial ones) than when you tell people you want to quit your job to work for yourself.

“You should stay at your corporate gig. You’ve got it made!”
“You should have six months of pay saved up.”
“You should keep up your contacts just in case you want to go back.”

I’m not saying self-employment is for everyone. And while it is certainly financially difficult at times, self-employment has one big upside: unlimited earning potential. If you work for someone else, you will never make more than what they tell you you’re allowed to make. I left corporate life because I wanted the ability to dictate my own earnings.

There were nerve-wracking times when cash flow was uneven. Any time you’re building something from the ground up there will be a “growing phase” and period of adjustment, particularly when it comes to your income. But it can pay off. Before, I made $5k each month as a marketing copywriter. But now, 1.5 years later, I make between $8-$10k each month from my multiple streams of online and rental income.

Sometimes you have to ignore short term “financial shoulds” in order to grow your income in the long term.

“You Should Wait Until You’re 30 to Buy a Home”

I bought a home at the age of 26. I bought when I was engaged (another thing I thought I “should” be doing at that point in my life) and ended up in debt because of a runaway renovation. After that disaster (I ended up in debt and broken hearted just a few short months after closing) I got a lot of advice:

Admittedly, some of these were actually sound pieces of advice I wished I’d taken. But I didn’t agree with those who said I should’ve waited to buy a home.

I had the money. I wanted to own and stop throwing away money on rent. So I did it...and it blew up in my face. But then I learned from it and used those experiences to write my first book, which navigates other millennials through the financial components of first-time home ownership.

Particularly when it comes to homeownership, there are a lot of varying opinions on whether it’s a good “buy” or “investment.” You’ll get dizzy if you read all the different opinions online, so my advice is simple and straightforward: if it’s something you want to do and you can afford it, make it happen.

But What About the Risk? The Downsides?

So if you’ve managed to make it to adulthood, then you know that there are two sides to every coin, story, and decision your adult self will make.

Have I left some stability and earning potential behind by making some of the decisions I’ve made? Yes.

But I think you can also argue that a lot more good has come into my life by giving myself permission to break the rules.

I’ve been able to increase my earning potential more by becoming my own boss. And I’m certainly 10x happier now in the career I’ve chosen than I ever was before. When you’re able to go after the things you want - what you really should be doing with your important assets like time and money suddenly becomes clear and the downsides grow smaller in your rearview mirror.

How to Leave the Financial Shoulds Behind

This bit of advice isn’t going to make you happy, but I’m going to tell you anyway.

The only way to get those nagging “shoulds” out of your head is to walk a path (personal, financial, or otherwise) that you truly believe in. There are a few key ways to tell if you’re on the right financial path, but mostly you’ll notice the doubt and anxiety fall away when you make a decision and start executing. When you’re busy making your best life happen you don’t have time to worry about the shoulds.

I believe we shouldn’t live and die by the numbers on our personal net worth spreadsheets.

After all, that number doesn’t factor in all the things you have that money didn’t buy: your happiness, the important lessons you’ve learned thus far that made you into a better human, and any creative or emotional fulfillment you’ve experienced by chasing what you want.

Because really, if we’re not doing those things - becoming happy, emotionally successful people - then what is the point of earning an income? Exchanging all of your free time for that paycheck? Sure we all need food, shelter, and clothing but once those needs are met...what is all that money really for?

Here’s what people forget: money is a tool to throw behind your values and beliefs. It’s what’s meant to shape the lives we want, not to dictate how we fill them. If we’re not enjoying our money or not using our money to build the lives we’re meant to create, then really, money (and the “shoulds” that come along with it) becomes moot.

About the author Lauren Bowling
Lauren Bowling is the blogger behind the personal finance site L Bee and the Money Tree and host of the award-winning web series, Awkward Money Chat. Blogging since 2012, Bowling is now a recognized thought leader in the millennial finance space with her expertise featured in the pages of Redbook and Woman’s Day magazines and on leading online financial news sites including Forbes, The Huffington Post, CNNMoney, and U.S. News and World Report.
Read more
Read less
Add a comment