How to Invest in Oil Companies, Producers, ETFs & Mutual Funds

Learn how you can invest in the oil industry, whether that is through oil company stocks, ETFs, or mutual funds. 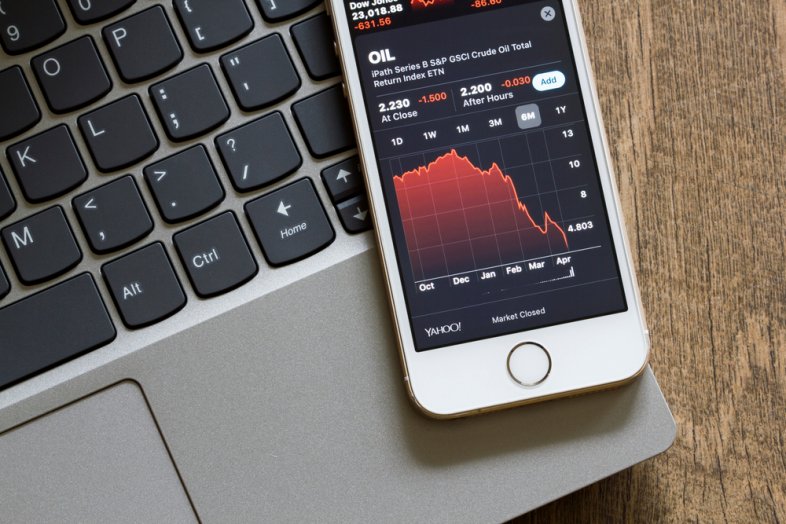 When most people talk about investing, they’re talking about stocks, bonds, and other paper investments.

While these investments can provide a solid portfolio, some people want to move beyond paper assets in their investment strategy.

One type of investment that is commonly used to diversify beyond paper assets is commodities. These are physical products that hold value due to their usefulness.

Common commodities include gold, silver, corn and more. They’re all physical products that can be bought and sold on an open market.

One popular commodity that is often talked about is oil. But can you invest in oil as a physical commodity in the United States?

There are quite a few ways you can get exposure to oil depending on your situation and your needs.

Why Buy Oil as an Investment?

Buying oil as an investment is a bet on its current and future value.

Its usefulness drives part of oil’s value. This is why the oil and gas industry exists.

Oil can be refined into oil commodities such as gasoline, airplane fuel and oil-based lubricants. It helps make products such as ink, waxes, tires and more. Oil can also be burned for energy in power plants or heat when burning heating oil.

According to the Energy Information Administration, 69% of U.S. oil consumption is used for transportation, 25% is used for industrial uses and 6% is used for other purposes.

The other part of oil’s value is derived from supply and demand. There is only a finite amount of oil in the world.

Once it is gone, there is no more.

Due to its many uses, there is generally strong demand in the oil markets.

If the demand exceeds that amount of oil that is being pumped out the ground, crude oil prices often rise. If demand is less than oil production, prices generally drop.

During economic slowdowns, the demand for oil usually drops. When the economy is strong, oil demand normally stays higher even if prices rise. Of course, exceptions do exist.

To make matters more complicated, not all oil is equal. Some types of oil have better properties than other varieties making it worth more.

You also have to consider how the oil is produced. Some oil is easy to access. Other oil is much more costly to get out of the ground.

As we use up the easy to get to oil, oil producers will have to move to the oil that costs more to acquire. In theory, this would result in higher prices.

These factors combined allow people to invest based on their perceived future value of oil.

Depending on how a person wants to invest in oil, there are quite a few options to choose from.

As a commodity, it makes sense that oil exists in physical form.

However, owning physical oil is trickier than owning some other popular commodities people invest in, such as gold or silver.

Owning physical oil isn’t really an option unless you have the logistics to back it up or a way to process and use the oil to make more money.

Oil is a nasty substance that is dangerous to handle unless you have the proper equipment.

To make matters more complicated, oil is priced by the barrel. A barrel of oil is 42 gallons.

To purchase large amounts of oil, you’d have to spend quite a bit of money to safely store it either in barrels or in proper storage tanks.

The costs to store oil would be prohibitively expensive unless you had a use for that oil. The price swings in oil usually wouldn’t cover the storage costs for the average person.

Let’s say a barrel of oil is worth $50. You’d have to store 20 barrels of oil, or 840 gallons, to have $1,000 worth of oil. Finding a suitable storage space would cost you money, eating into your profits.

It is technically possible to own physical oil, though.

One way to indirectly own oil is by owning the companies that drill oil out of the ground.

Oil producers make money by selling the oil they get from their properties and oil wells.

The performance of oil producers’ stocks will vary based on several factors. Oil’s current price, along with the amount of oil produced, determines the revenue for the company in most cases.

Drilling oil isn’t free, though. Oil companies have to own the rights to the oil and sometimes the land, as well. They have to pay costs to drill the oil out of the ground and have to transport the oil to sell it.

An oil producer’s stock may do well if they discover a large amount of oil on land they own. That said, their stock could perform poorly if they find out less oil than they anticipated is in a particular piece of land.

Owning an individual stock is risky but could provide high returns. If the company exceeds expectations, the value could spike.

The opposite is also true. Even if the oil industry as a whole is doing well, a mismanaged company with poor cash flow could drop dramatically in price.

Some oil producers are publicly traded oil companies that also use the oil they produce.

These oil and gas companies may refine the oil into gasoline, aircraft fuel, diesel fuel, or one of many other options.

These oil companies’ returns wouldn’t likely follow the price of oil as closely as a company that strictly produces and sells oil and nothing else.

Having diversification beyond companies that only produce oil could be useful. It spreads out the risk.

Additionally, some oil-producing companies may also focus on other fuels or other business ventures, further diversifying you from owning physical oil only.

Rather than investing in the stock of a single oil company, you can invest in several companies using oil-focused mutual funds or exchange-traded funds (ETFs).

These investments allow you to own multiple oil companies with a single investment purchase instead of having to purchase each company’s stock individually.

By owning an oil mutual fund or oil ETF, you no longer have a concentrated risk in one company.

If one company has a massive oil spill or finds out their land doesn’t contain the oil it expected, it doesn’t completely obliterate your returns.

Instead, the other oil companies you own through the investment could offset your losses.

At the same time, you won’t hit home runs with an oil-focused mutual fund or ETF.

If a single company has an amazing discovery, your mutual fund or ETF will only go up a little bit. It wouldn’t skyrocket as if you only owned the one company that made the discovery.

These contracts also enable the companies to hedge the cost of the future price of oil by locking in the price today, rather than buying it at the current market price in the future.

You can also own oil futures contracts.

The problem is you don’t want to actually own the oil unless you plan to take delivery and store it yourself.

You’ll want to invest in oil futures contracts that settle in cash or make sure you sell the contract before you’re required to take physical possession of the oil.

Futures trading is considered complex for the average investor, so most people stay away from it.

If you want to own oil through futures without the complexity of purchasing futures contracts directly, consider an oil futures ETF.

These funds hold oil futures contracts on your behalf and allow you to participate in the price swings of oil.

Most ETFs don’t want to take delivery of the oil, though. Instead, they sell the contracts coming due and buy longer-term contracts to replace them.

This enables the ETFs to track the prices of oil over longer periods since simply storing oil without using it wouldn’t make much sense as it does with other commodities such as gold.

How You Invest in Oil Depends on Your Situation

How you decide to invest in oil is a personal decision based on your investment goals and capabilities.

Others may decide trading short-term oil futures or purchasing an oil futures ETF could be a better investment.

The key is understanding the risk and return potential with any investment you consider.

As long as you can withstand the potential losses to gain the possible profits, you should make the decision that best helps you meet your goals.

<p>Oil is definitely an important option when it comes to investments. Oil based lubricants are especially important to look into, especially more eco-friendly options that can help build a more sustainable future as the world moves towards progress.</p>