How to Invest in Esports Stocks and the Competitive Gaming Industry

Find out how you can invest in the growing industry of eSports and competitive gaming. Learn how they generate revenue and profit for investor returns. 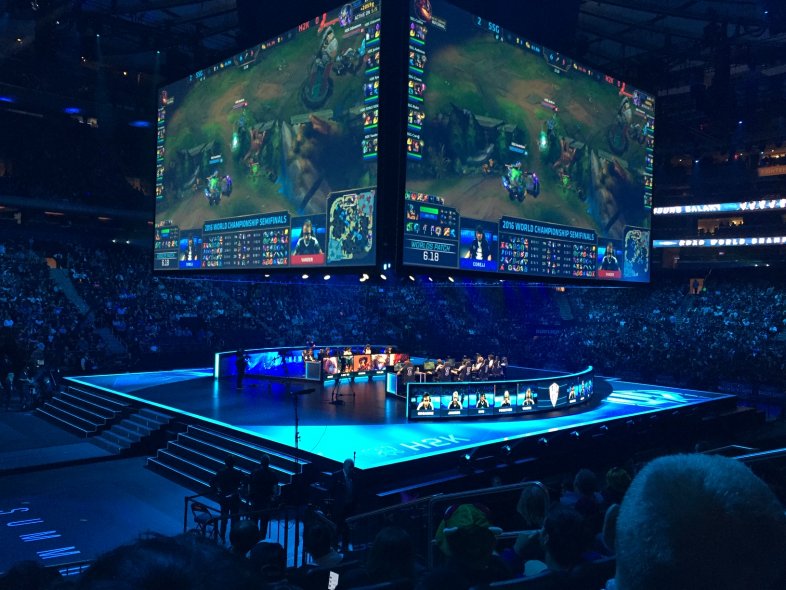 Esports are a rapidly growing industry thanks to the aging of a generation that grew up playing video games and a decline in interest in traditional sports.

As with any young industry, there are many opportunities to make, or lose, money by investing.

While investing in esports by starting your own team is out of reach for all but the most skilled players and financially well-off, it’s possible for the everyday investor to make some investments that give them exposure to this new industry.

Just like the NFL pits football teams against each other, there are esports leagues and tournaments that place teams in competition for bragging rights and prizes.

One of the largest esports today is League of Legends.

The game’s developer, Riot Games, runs or sponsors more than a dozen leagues across North America, Europe, Latin America, China, South Korea, Oceania, and other parts of the world. Each league has anywhere from eight to more than a dozen teams, and each team has rosters of players, coaches, and support staff.

These teams compete in domestic or regional leagues, with the top teams competing in an international championship tournament each year. Previous events have sold out Madison Square Garden, the Staples Center, the World Cup soccer stadium in Seoul, South Korea, and Beijing’s Olympic Bird’s Nest stadium.

There are all sorts of competitions and tournament circuits for different genres of games.

There are even esports competitions in games that mimic real-life sports, like the NBA2K series. FIFA runs its own eWorld Cup for gamers playing the latest edition of the FIFA video games.

Fans watch esports for many of the same reasons people watch traditional sports like basketball, hockey, and football.

They follow the storylines created by the teams and players, they enjoy the rivalry matchups between feuding teams, and they like to watch the best players in the world perform at the top level.

How to Invest in Esports?

Competitive gaming is a young industry. There is a lot of opportunity, but also risk.

Many people have started teams with some success, only for their success to falter and the team to fade away.

Similarly, game developers have built games designed with competition in mind only for the game to fail to find an audience.

If you want to invest in esports, there are a few ways that you can do so.

While traditional sports usually show up on television and radio broadcasts, esports haven’t frequently made the leap to TV.

Instead, most competitions are streamed online through websites like Twitch.tv and YouTtube.

Still, the number of viewers that certain competitions receive can be massive, bringing significant numbers of eyeballs, and ad revenue, to the streaming services. For example, the 2019 League of Legends World Championship drew more viewers than that year’s Super Bowl.

The viewers are especially valuable because the esports viewing demographic, typically younger men, is a difficult to reach market for advertisers.

Investors can bet on the success of these streaming sites by investing in the businesses that own them.

Notably, Amazon purchased Twitch for nearly $1 billion in 2014 and Google has owned YouTube since 2006.

One of the primary advertisers during esports broadcasts are computer and peripheral makers.

Playing games at a high level requires computer hardware that can run the games well.

Many professionals and enthusiasts also use expensive, precision equipment including mice, keyboards, and monitors.

Companies like Dell, Nvidia, AMD, and Intel all produce equipment that is popular among gamers and esports enthusiasts.

Esports don’t frequently make the leap to traditional media, but some television channels have started broadcasting esports on occasion.

ESPN has broadcast specials highlighting the DotA 2 International Championship, which regularly awards more than $10 million in prizes. The channel also broadcast a portion of the 2020 North American League of Legends Championship Series playoffs.

Turner Broadcasting also made a foray into esports with its ELEAGUE, broadcasting competitions including Counter-Strike and Street Fighter.

Investors who feel that broadcaster may open up to broadcasting more esports may consider investing in these businesses.

With the popularity of esports increasing, some companies have started ETFs and mutual funds to offer investors exposure to the industry.

For example, ESPO, an ETF from VanEck, aims to give investors an easy way to buy shares in companies with significant exposure to competitive gaming, like Nvidia, Tencent Holdings, Activision Blizzard, and Nintendo.

What You’ll Need to Start Investing

To start investing in competitive gaming, or any industry, you’ll need a brokerage account.

Brokerage accounts give you a way to place buy and sell orders for securities like stocks, ETFs, and mutual funds.

The first thing you want to do is choose the brokerage company that you want to work with.

There are many choices out there, each with its pros and cons.

Some brokerages, like Vanguard and Fidelity, offer their own suite of mutual fund and ETF options, so you might want to choose the company that offers funds you like.

Other things to consider include the commissions the broker charges, as well as tools that it offers, like access to research and stock screeners.

Once you’ve chosen a brokerage to work with, you’ll have to open an account.

Typically, this involves filling out an application, providing some identifying information, and linking a bank account.

Once your account is open, you’re ready to transfer money into the account and start making trades.

To buy stock, you have to submit a buy order.

If you submit a buy order, you simply specify how many shares you want to buy. Your broker buys that many shares at the cheapest price available.

If you submit a buy-limit order, you specify the number of shares to buy and the maximum price you’re willing to pay per share. If the shares are available at or below that price, your broker executes the order. Otherwise, the order doesn’t go through.

Market orders are simple, but you may wind up paying more than expected, so it’s typically better to use limit orders.

Remember, investing is subject to risk.

You could lose some or all of the money you invest, so don’t invest money that you cannot afford to lose.

Esports is a rapidly growing industry, so it can be tempting for investors to want to get some exposure to the market.

There are many ways to invest in esports but remember that diversification can help reduce your portfolio’s risk and increase its returns in the long run.

Also keep in mind that investing involves risk, so only invest money that you can afford to lose.