Market Capitalization: Why It Matters to Investors

Learn the definition of market capitalization (or market cap) when it comes to determining the size and value of a company -- any why it matters to investors. 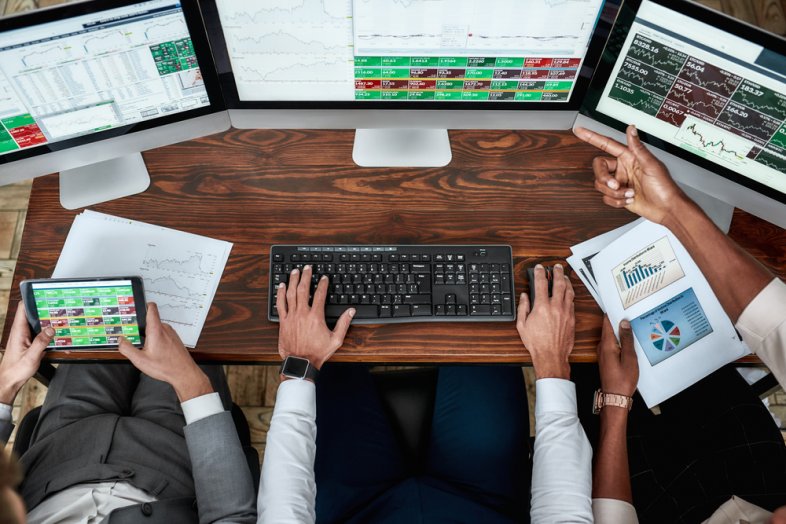 When you look at company stock, you might hear certain businesses described as large cap, mid, cap, small cap, or some other kind of cap.

You might also see mutual funds that describe the cap weighting of their portfolio or the cap of stocks that they tend to focus on investing in.

Market capitalization is a measure of a company’s size and value.

Understanding market cap is important for investors who want to properly structure and diversify their portfolios.

What is Market Capitalization?

Market capitalization is the total value of a company.

When you buy a share in a company, you’re buying ownership in that business.

If you owned every single share of a company, you would own 100% of that business.

If you want to know how much an entire company is worth, you can do so by multiplying the price of a single share by the number of shares outstanding.

For example, if a company has a share price of $25 and 100 million shares outstanding, its market capitalization would be:

Market capitalization is useful because it’s a simple way to measure a company’s size. The larger a business’s market cap, the more it’s worth.

There are many ways to describe companies based on their market cap.

Businesses can be large cap, meaning they’re relatively large, small cap, which describes smaller companies, or mid cap, which means they’re in between.

There are also other descriptors that some investors use, such as mega or micro cap.

A company’s market cap may provide information to investors about its shares and the risk and reward they represent.

Understanding market caps, and how different cap stocks fit into a portfolio, is an important part of building a diverse portfolio that fits your investment goals.

Mega cap is the largest type of company that exists.

Any business with a market capitalization of $200 billion or more qualifies as a mega cap.

Most mega caps are household names and major players in their industries and typically operate across the globe. Companies like Apple, Amazon, and Disney are mega cap stocks.

The descriptor mega cap is used less frequently than large, mid, and small cap, so many people include mega cap companies when discussing large caps.

Large cap stocks include companies with a market cap in excess of $10 billion. This includes massive mega cap businesses as well as other large firms.

Large caps make up the vast majority of the value of the US stock market. These companies tend to be stable and well-known. Many pay dividends to shareholders.

In general, large cap stocks are seen as more stable than small caps, but as offering less potential for explosive growth. Think about huge businesses that are household names.

Could you picture a world where a large company like Amazon or Disney went out of business and disappeared overnight? It seems unlikely.

At the same time, it’s hard to picture a scenario where a company that large could double or triple in size, given that they are already giants in their industries.

Mid caps include companies valued between $2 and $10 billion.

Mid caps offer a mixture of the qualities of small caps. They’re large enough that they’re somewhat stable and may have some brand recognition, but not so large that they don’t have significant room to grow.

For example, the maker of exercise bikes, Peloton, was a mid cap company at the beginning of 2020.

Small caps include companies worth between $300 million and $2 billion.

These companies are small and relatively unknown. They tend to be less stable than larger firms, making them riskier investments.

Small caps are often perceived as having huge growth potential.

Almost every business you can think of that is a large or mega cap started as a small business. If you guess right, you can wind up owning shares in the next Amazon, Coca-Cola, or Disney.

Because small caps are generally riskier than large or mid caps, many investors hold them as a smaller part of their portfolio and make sure to diversify their investment among many small cap stocks.

Micro caps include all businesses worth less than $300 million.

These are incredibly small businesses that are typically just starting out.

It can be difficult to find good information about these companies, making it hard to do due diligence when researching them.

Penny stocks fall in the category and they are known for being highly unpredictable.

Float-adjusted market cap is a way of calculating market capitalization to only account for shares available on the open market, rather than all shares outstanding.

Shares in accompany may exist, but not be available for trade for a variety of reasons.

For example, shares held by company insiders may have restrictions on their sale. Shares held by institutional investors or governments may also not be available for trade because the owner has no intention to sell, almost ever.

These closely-held shares aren’t available for trade on the market, so they are not included in float-adjusted market cap.

For example, if a business with a market cap is $50 billion has 10% of it’s shared closely held and not available for trade, it’s float-adjusted market cap will be $45 billion.

What is Enterprise Value?

Enterprise value is another way to calculate the value of a company that claims to include more than simple market capitalization calculations.

The formula for enterprise value is:

If a company is worth $10 billion, but also has $10 billion in debt, then it would truly be worth $20 billion if it had no debt.

At the same time, if the company has $1 billion in cash, that cash is worth exactly $1 billion and would increase the market cap by that amount.

That means that the underlying business is worth $1 billion less than the market cap would indicate.

What It Means for Investors

In general, investors see large caps as stable, but offering less growth potential and small caps as risky, but with the potential for high reward. Mid caps offer a middle ground between the two.

Many investors aim to build a diversified portfolio that includes all ranges of market capitalization.

Investors who can handle higher risk, with the potential for higher reward may include more small caps in their portfolio while investors with a lower risk tolerance will decrease their small cap holdings in favor of more large cap stocks.

Market capitalization is a measure of a company’s value.

Many investors believe that a company’s market cap indicates certain things about its financial situation and future prospects.

Large caps tend to be seen as low-risk, low-reward, while small caps are risky, but potentially lucrative to invest in.

Understanding what market cap indicates, and how to build a portfolio of differently sized businesses, can help you succeed as an investor.