If you're a non-U.S. resident, find out if you can open a U.S. brokerage account to trade stocks, including what you have to know when it comes to taxes. 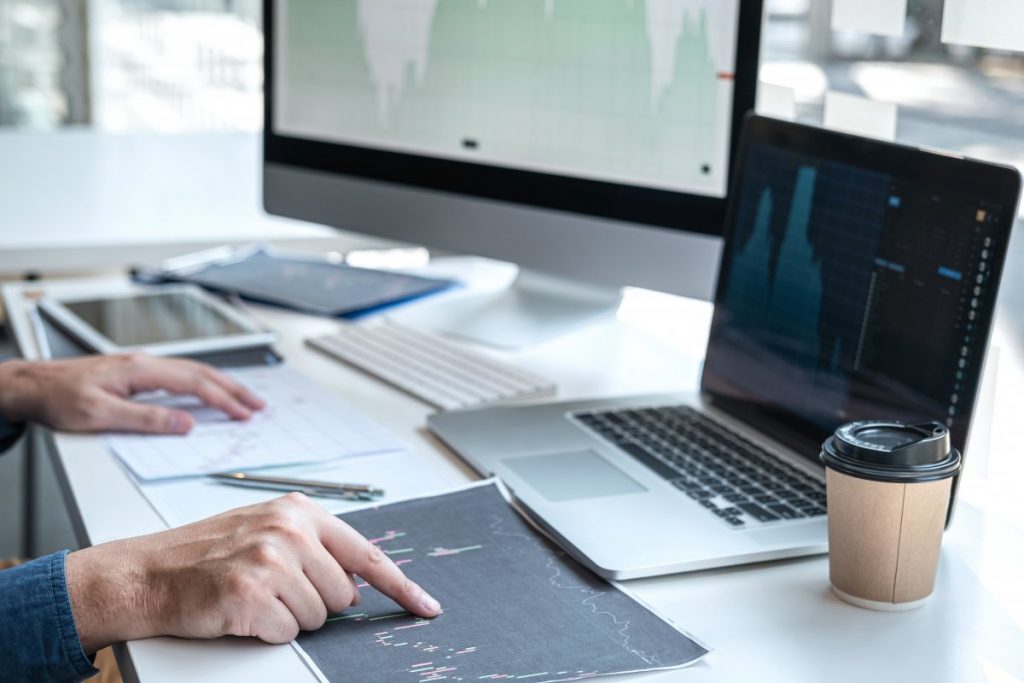 Whether you’re an expat living in the United States or a citizen of any other country in the world, the U.S. stock market is the premier destination for investing opportunities.

So, you may be wondering if you can get in on that.

Yes, you can be a non-U.S. resident, living in America or living in your own country, and you can buy and sell U.S. stocks.

In fact, trading U.S. stocks is sort of encouraged among international investors.

The American government recognizes that it’s a good thing for its economy if people in other countries are investing in the United States.

In any case, while trading stocks in the American market is open for anybody, if you’re going to do it, here’s a quick guide for non-U.S. citizens.

Not every U.S. brokerage offers accounts to non-U.S. residents.

Here are some noteworthy options:

What You’ll Need to Open a U.S. Brokerage Account

Every brokerage will have its own rules.

You’ll likely need all of your personal paperwork such as your visa or passport information or proof of identity.

Additionally, you’ll likely end up being asked to sign a W-8BEN (also known as the Certificate of Status of Beneficial Owner for United States Tax Withholding and Reporting form).

It needs to be renewed every three years.

If it does, you might end up paying higher taxes.

For instance, if you’re from a tax-exempt country, with an expired W-8BEN, you may wind up paying 30 percent on your taxes.

If you’re with a halfway decent investment firm, your broker should notify you for renewal.

Options Without Using a U.S. Brokerage

See if it will permit you to open an account with a brokerage firm that offers access to American stock exchanges.

Another possibility is to directly purchase shares of American companies that are listed on foreign exchanges.

You can use a stockbroker

It isn’t that you have to, but if you’re new at this, you should.

Unfortunately, after 2001, laws were passed to make sure that no non-U.S. citizen with any possible links to terrorism could use American investments to fund what they were doing.

Ever since, countries around the world have made it harder on all the good, ethical investors who just want to partake in the U.S. stock market.

The global regulations aren’t fun to deal with, but understandably, an investment firm wants to make sure that they aren’t, say, helping a money launderer become wealthy.

That may be why many big financial brands, for instance, won’t work with people who aren’t legal American citizens.

For the same reason, though, it’s why it’s better to work with a professional financial advisory firm than going about this on your own.

An international stockbroker can guide you through any regulatory laws having to do with your own country or the United States -- so that you don’t inadvertently break some law having to do with U.S. stocks and bonds and being a non-citizen.

You don’t need to feel singled out – or that America is being hard on its foreign investors.

It’s also getting harder for Americans to live abroad and work with international investment services and banks – and thus to invest in other countries’ companies.

The Foreign Account Tax Compliance Act, which became an American law in 2010, has hurt Americans expats overseas because foreign financial institutions were suddenly obliged to directly report to the IRS on assets held by Americans.

International banks found it difficult to comply, and so in some cases, they began jettisoning American clients or restricting what investments and banking they could do.

You’ll probably have to pay a 30 percent tax on your investment income.

Generally, the brokerage firm you’re working with will take care of the tax withholding.

Before your eyes pop out at that 30 percent, you may pay less, if your home country has a tax treaty with the United States.

And there is a pretty good chance that you do have a tax treaty with America.

If you’re unsure whether your country has one, take a look at this list from the IRS -- of countries with tax treaties with the U.S.

Many countries – like those in the Middle East and some nations in Africa – don’t have tax treaties with the U.S.

Zambia and Zimbabwe, for instance, and which would have been at the end of the A to Z list of tax treaties, don’t have agreements with the U.S. If you live in those countries, you can, of course, invest in American companies – but you will likely pay that dreaded 30 percent on your investment income.

As a non-U.S. citizen, you also might be able to avoid capital gains taxes, which American investors often complain about.

That’s the tax investors pay when they make money selling their investments.

But if you’re a resident alien, whatever taxes you’d pay as a U.S. citizen, you’ll likely pay as well.

But obviously, since everybody’s financial situations are different, it would be a good idea to consult a tax professional or a financial advisor to find out if that’s the case for you.

It may be getting harder, but if you’re a non-U.S. citizen and want to invest in the U.S. stock market, you certainly can.

Once you have a U.S. brokerage account with an investment services company, hopefully, you’ll soon see the hours you invested to open an account transform into some cold, hard cash.

<p>I'm an Australian and have just been told I can longer trade with lightspeed, he said that there is a new rule which applies to all us platforms. (No Australians) Is this true? <br>I opened an interactive brokers account without a problem but I am reluctant to move my account over until I know what is going on.</p>

<p>What if I’m a US citizen living in France and i don’t have a social security number? (I just have the US passport) How does opening an account with an american brokerage work? (They all ask for a SSN) can i put my passport number?</p>