10 Things to Consider Before Retiring in a Different Country

Learn about the many factors that you have to consider before spending retirement in a different country outside the U.S., especially when it comes to finances. 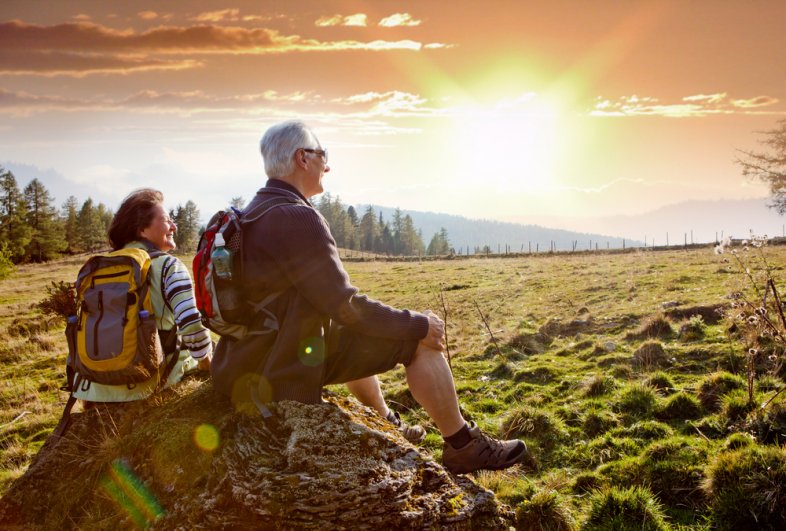 Retiring is an adventure. It’s an even bigger journey if you’re considering retiring in a different country.

Any time you move, there’s a ton of research that you need to do. This research helps to make sure everything will go as expected.

Retiring to a different state often results in many problems. Solving these problems before a move can help it go smoothly.

Retiring to a different country is much more complicated. You’ll likely have more problems to solve, too.

Here are a few major considerations you need to take into account before you decide to leave the U.S. and retire in a different country.

1. Cost of Living in Another Country

One of the biggest reasons many people consider retiring in a different country is the cost savings.

Depending on the country you decide to retire to, you could easily retire on a much smaller budget than you could in many areas of the United States.

You may be able to find lower housing, medical and other living expenses to make your dollar go further.

You may even be able to hire household help at lower rates due to the value of the United States dollar compared to the local currency.

These lower costs could either allow you to live a ritzier lifestyle or allow you to retire on less than you could in the United States.

However, there are plenty of countries that are more expensive.

Just like in the United States, there are even certain areas of other countries that are more expensive than others.

Heavily research the specific areas you’re considering retiring to. This will allow you to know if it’s financially feasible to retire there.

Doing this first keeps you from spending a ton of time researching everything else if it isn’t affordable.

2. You May Need to Learn Another Language

While English is spoken in many countries throughout the world, most countries have another official language.

If you want to fit in better in the country you’re moving to, you’ll likely have to learn another language.

It’s often easier to learn a new language when you’re immersed in an area that allows you to use your new language skills every day.

Even so, it can be frustrating and difficult to learn the new language if you aren’t excited about the challenge.

You could retire in a different country to an area that primarily speaks English.

You’d likely be greatly limiting your retirement location options. They may cost more than non-English speaking areas, as well.

The value of a country’s currency is constantly changing.

This means the exchange rate of your United States dollars won’t hold the same value in relation to foreign currency, especially over time.

If the change is drastic enough, you may have to leave the foreign country, find a way to earn more money or reduce your lifestyle to stay retired.

4. The Culture May Be Completely Different

Each area of the world has its own culture.

If you’ve lived in one area of the United States your whole life, moving to an area with a different culture could be shocking.

You might not be a good fit for a country if you love punctuality and are considering an area where time is very fluid.

Other countries may not hold the same beliefs you do, as well.

If living around others that believe the same things you do is important, make sure to put this at the top of your list of considerations to investigate before you decide to retire in another country.

Otherwise, you could hate living abroad during retirement.

It is extremely important to investigate the laws of the area you’re considering retiring to. Ignorance will not get you out of trouble if you break a law.

In particular, you need to make sure the lifestyle you live fits within the laws of a country you’re considering retiring to.

While this may not be a problem for most people in most countries, some countries have extreme laws that could cause you major problems.

6. You’ll Have to Make Sure You Can Stay Legally

A United States passport is a must for traveling to foreign countries. It won’t allow you to retire to any country you’d like, though.

You’ll need to research residency and visa requirements to stay in other countries for extended periods of time.

Many countries are welcoming to United States citizens that want to retire in their countries.

Even so, you still have to fill out the paperwork to make everything official.

7. You May Not Be Able to Own Property

In the United States, people love homeownership. Chances are you’ve owned at least one home before you decided to retire.

You may want to own a home in the country you’re retiring to, as well.

Unfortunately, owning a home in a different country can be difficult and cause many headaches.

For example, if you want to buy property in Mexico, you may be allowed to do so.

However, if that property is within 62 miles from a border or 31 miles from the coastline, you can’t own the property directly.

Instead, you have to set up a trust through a Mexican bank to make the real estate purchase.

The real estate market will be different in each country.

You may not be able to sell your property as easily as you could in the United States if you decide you no longer want to retire in another country.

For this reason, you should take steps to make sure you really want to stay retired in a foreign country before you buy a property.

Even though you live in a foreign country, you won’t get out of paying United States federal income taxes.

As a United States citizen, you’re taxed on your worldwide income no matter where you live or where you earn it.

While there are tax treaties and credits in place for paying foreign taxes, the laws are complex.

You’ll likely need to hire a tax professional to help you file your United States federal income tax return to make sure you’re getting the most favorable tax treatment possible under the laws.

When filing a U.S. tax return, you have to report foreign bank accounts, which you may have to open to manage your finances internationally.

9. Healthcare Will Be Different

The healthcare systems in other countries can be very different than the ones you’re used to in the United States.

The quality and cost of care can vary from country to country.

You should investigate how healthcare works in the country you’re visiting and how much you should expect to pay for the types of care you expect you’ll need.

Your health insurance and Medicare insurance won’t typically work in other countries. You may need to buy special insurance policies in the country you decide to retire in.

In some cases, you may need to return to the United States to get certain healthcare needs taken care of. This can add an expensive bill to your budget.

10. Returning Home Will Be More Expensive

You’ll likely want to visit friends and family back in the United States from time to time.

While they can visit you, it’s unreasonable to expect your friends and family to be the ones to bear the cost of travel for every visit.

International flights can be much more expensive than domestic airfare. Be sure to budget for these costs in your retirement spending plan.

Additionally, traveling internationally may take much longer than your traditional domestic flight.

As a retiree, that shouldn’t present much of a problem, though.

Retiring to another country is a dramatic shift that most people never experience.

Research will only partially prepare you for the changes that will come when you retire to another country.

You may not know for sure if it’s right for you until you try it.

Owning a home provides a sense of security and normalcy for many people. That doesn’t mean buying a property right away is a smart move.

You should take a few steps before you decide to buy a property in a foreign country.

First, make sure you take extended trips to the area you’re considering retiring to. You’ll need to stay much longer than a week to get a true feel for what it is like to live in a foreign country.

Try to take trips of at least one to three months so you can settle into a routine like you would in retirement.

If you think a country is a good fit to retire to, you should first rent when you retire to the foreign country. This gives you time to find out where you’d like to live without committing large amounts of money to own a home.

If you still think owning a home is a good idea after renting, then you should consider purchasing a home in the foreign country you retired to.