How a Divorce Can Affect Your IRA, 401(k), and Other Retirement Accounts

Learn what happens to money in your IRAs, 401(k), and other retirement accounts in the event of a divorce, a potentially-devastating event for one's finances. 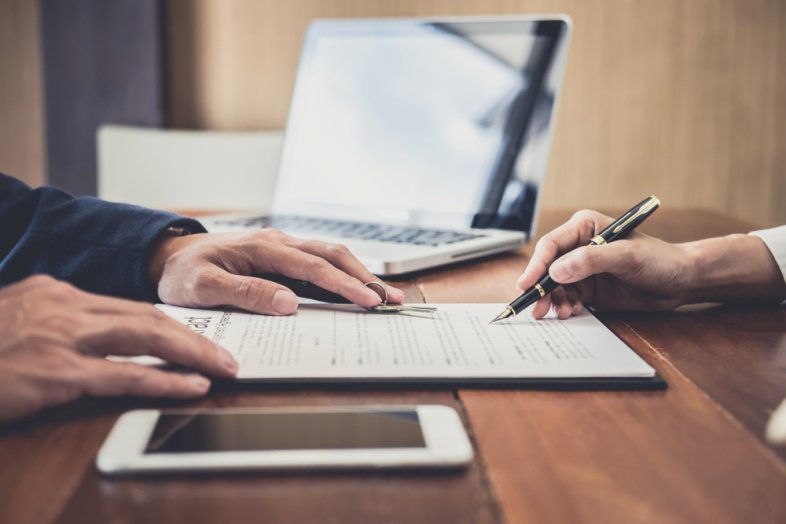 A divorce is one of the most disruptive events that can visit a person’s life.

Ending a marriage is just the beginning. But it can also break up a family, as well as relationships with in-laws and certain friends, and even force one or both parties to move to a new home.

But divorce also notorious for its extensive financial implications.

Those can affect your IRA, 401(k), and other retirement accounts, as well as bank accounts and non-retirement investment accounts.

Though retirement accounts have certain legal protections when it comes to bankruptcy, judgments, and creditor liens, the same cannot be said of divorce proceedings.

And even though retirement accounts are considered to be attached to the individual owner, they can be fair game for division in a divorce.

What Could Happen to Your Retirement Accounts in a Divorce

Much of what happens with retirement assets in a divorce will be determined by a combination of what the spouses agree to in the divorce decree and the provisions of state law.

State laws vary based on your state of residence.

Exactly how retirement assets will be split in Texas may be significantly different than how they’ll be divvied up in Michigan.

If the retirement assets are roughly equal between the spouses, each may agree to allow the other to keep the entire interest in his or her plans.

However, the complications arise when there’s a significant imbalance.

In such cases, some sort of equitable division will be established in the divorce decree.

This will usually involve a transfer of retirement assets from one spouse’s retirement accounts to the other.

If such a transfer is required, it will take place under what is known as a Qualified Domestic Relations Order, which is simply referred to as a “QDRO”.

The specific percentage division under a QDRO will depend on the circumstances of the marriage, and the ruling of the presiding judge. The QDRO itself is a separate document, apart from the divorce decree.

However, QDROs are frequently referenced in divorce decrees.

Duration of the marriage

In very long-term marriages, a 50-50 split in retirement assets is a common outcome.

However, in shorter-term marriages, the majority of the retirement assets may remain with the owner of the account(s), with the other spouse getting only a minority distribution.

The formulations on this division are complicated, so rules of thumb aren’t reliable.

It’s important to realize that a QDRO must specifically reference each retirement plan that will be included in the transfer of assets.

If the spouse with the larger retirement balances has the money spread across three accounts, the order will need to specifically indicate which account(s) the funds will be transferred from.

The order will also need to specifically spell out a formula for the distribution of retirement assets.

For example, the order can specify a flat dollar amount to be transferred, such as $100,000. But it could also use a percentage method. That might look something like 50% of the combined retirement asset balances of the paying spouse as of the date of separation, final divorce decree, or another agreed-upon date.

Complications can arise with an employer-sponsored plan with an outstanding loan balance.

Another issue may be a change in the market value of the retirement plan assets between the agreed-upon date of valuation and the date of distribution.

Each of these potential problems will need to be spelled out specifically in the court order.

QDROs are required primarily for employer-sponsored retirement plans, like 401(k) and 403(b) plans.

They are not required in the case of IRA accounts.

You can arrange for a tax-free transfer of funds from your IRA into an IRA in the name of your ex-spouse. This applies to all types of IRAs – traditional, Roth, SIMPLE and SEP IRA accounts.

However, in order for the transfer to be tax-free, the transfer requirement must be spelled out in the divorce decree.

If it isn’t, the owner of the IRA accounts will be responsible for paying any resulting tax liability for the amount of the distribution paid to the ex-spouse.

The implementation of a transfer of retirement assets from one person to another can potentially be a taxable event.

When an early withdrawal penalty applies

Other than Roth accounts, any distribution from a defined contribution retirement plan will be subject to ordinary income tax.

And if the owner of the account is under age 59 ½, there will also likely be a 10% early withdrawal penalty.

However, if the distribution is pursuant to a QDRO, the 10% early withdrawal penalty will not apply in the case of employer-sponsored plans, like the 401(k), 403(b), TSP and 457 plans.

When a withdrawal is a regular distribution

Should the ex-spouse choose not to do a rollover of the plan proceeds into another retirement account, it will be considered an ordinary distribution for tax purposes.

The ex-spouse will then be required to pay tax on the distribution in the year it occurred.

Under the terms of a QDRO, the tax liability will fall on the receiving spouse, not the spouse who owns the accounts from which the distributions will be paid.

Consequences of forgoing a QDRO

If you do a distribution from your retirement plan(s) upon divorce, and without a QDRO in place, it will be considered an ordinary distribution subject to all required tax considerations.

As the owner of the plan, you will then be responsible for the payment of tax on the amount of the distribution.

This is true even though the funds from the distribution were turned over to your ex-spouse.

The addition of the distribution to your ordinary income will not only cause an added tax liability, but it may also result in other tax complications.

For example, the additional income can push your total income above certain limits that may prohibit participation in a Roth IRA, trigger the phase-out of certain deductions, credits, and benefits, and even trigger the Net Investment Income Tax on investment income.

Tips to Protect Your Retirement Assets

Before all, be sure to consult a divorce attorney for specific legal advice for your case.

Obviously the first best way to protect your retirement assets in a divorce is to set up a QDRO.

If you’re handling the divorce through an attorney – and you absolutely should – this recommendation should be a standard provision.

The potential tax consequences -- and other undesirable outcomes -- of a poorly planned divorce-related retirement distribution can be a complete disaster if not handled properly.

Engaging the services of a competent divorce lawyer is your first line of defense.

You can arrange to settle the transfer using non-retirement assets.

For practical purposes, your ex-spouse may prefer this type of arrangement.

Not only does it not create the potential for a tax liability, but it gives him or her the ability to use the transferred assets in any way he or she sees fit.

There’ll be no requirement to do a rollover of the distribution of these assets into a tax-sheltered retirement plan.

Every one of these provisions must be clearly spelled out in your divorce decree, and a QDRO must be included, if necessary.

An attorney will certainly help walk you through the process, but it helps to be aware of the many intricacies involved in the distribution of retirement assets as part of a divorce.

The more specific the wording is in your divorce decree and QDRO, the better and more smoothly the entire process will be.