The FIRE Movement: What Are You Sacrificing to Retire Early?

Learn what it takes to join the FIRE movement, which encourages the pursuit of financial independence to retire early - with certain sacrifices. 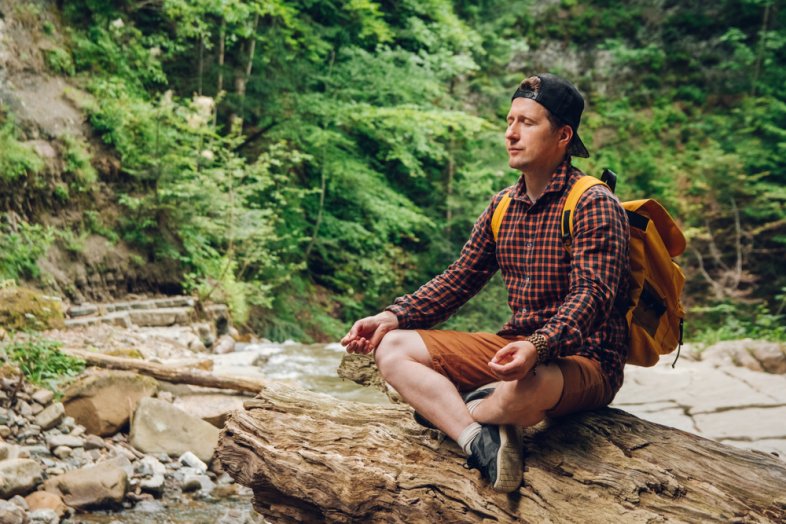 If you feel that 65—the traditional retirement age—is too late to start living life on your terms, you’re not alone.

For some, it makes more sense to retire earlier when they’re healthier and energetic, say in their 30s or 40s.

To many, this sounds a bit lofty and unrealistic.

Yet, some young adults have found a way to achieve this dream, thanks to the FIRE movement.

Early retirement isn't easy and it requires plenty of sacrifices. Find out if you have what it takes to achieve this ambitious financial goal.

What is the FIRE Movement?

The concept and idea behind the movement:

Why retire later when you can make adjustments to how you save and spend and retire much sooner?

The FIRE community is a group of extreme savers who take frugality to the next level.

They’re committed to living as simple as possible, only buying what they need in order to accumulate a larger nest egg early in life.

To put it simply:

The goal is to save now, so they can quit their jobs for good after 10 or 15 years; or continue to work, but on their own terms.

All about financial independence

Nowadays, many people settle into a pattern of working a 9-to-5, climbing the career ladder, and earning enough to live a comfortable life.

They might buy bigger homes and nicer cars, travel, and spend more than they save. To each his own.

The problem with this approach is that it can limit your savings. Plus, you may become a slave to your job.

For this to happen, they must adopt some extreme frugal habits, which typically involves living off of 50 percent of their income and investing the other 50 percent.

Depending on how much they’re able to save and invest annually—and how much their investments grow—these individuals may be able to retire after 10 or 15 years with enough income to last the rest of their lives, providing they continue to live a frugal lifestyle.

Advocates for the movement include personal finance blogger Peter Adeney who goes by the pseudonym Mr. Money Mustache.

But the movement has also received some tough criticism.

Take Suze Orman, for example. She hates the FIRE movement and feels that advocates aren’t saving enough to protect themselves.

How to Achieve Financial Independence and Retire Early

But while the FIRE movement is an interesting concept, retiring early and reaching financial independence isn’t without sacrifices.

Before jumping on the movement, here’s what you need to know about hitting this goal.

1. You need to save aggressively

For the FIRE movement to work, you must save aggressively.

This is harder than some people realize, especially in areas with a higher cost-of-living.

To consistently save 50 percent of your income for several years, be prepared to give up a lot of comforts and options.

Keep in mind that saving half your income in a regular savings account isn’t going to cut it.

It’s smart to keep some cash liquid for emergencies, but you’ll need to consider other investment strategies for significant growth.

For example, some in the FIRE community use low-cost index funds to grow their personal wealth, which gives them exposure to both stocks and bonds. The S&P 500 index is a basket of 500 of America’s largest publicly traded companies and has an average return of 10 percent annually.

Can you handle it?

To see if FIRE is feasible for you, give the program a test run and attempt to live off of half your income for a year.

During this year, put the other half of your income into a high-yield savings account.

Before starting the test run, create a budget to evaluate how much you’re currently spending, and then decide where to cut back. Utilize spreadsheets to track your spending habits throughout the month.

With an average annual return of 10 percent, your investment will grow to well over $600,000 after 12 years.

At this point, you can withdraw 4 percent of the value of your portfolio each year without running out of money.

2. You don’t have to stop earning money, though

But while the idea behind FIRE is to retire early with financial independence, this doesn’t mean that you can’t generate income in retirement.

But others redirect their energy to passions and interests and earn money in these areas.

Maybe you’re a talented artist, writer, photographer, or musician. You can turn these hobbies into a money-making gig.

Then again, maybe you enjoy working with computers. Or perhaps you’re receiving income from rental properties purchased before retiring.

The point isn’t to stop earning, but rather to work on your terms and set your own rules.

Investing means that an economic downturn can reduce your return in any given year.

Therefore, it’s important to prepare for these shifts.

The possibility of a recession is one reason why some FIRE members continue to earn some passive income after retiring.

This income can supplement their retirement and build their cash reserve.

Between supplemental income, savings, and making additional sacrifices, you can protect your assets and weather storms. One benefit of index funds is that these tend to be less volatile than investing in an individual stock.

Why FIRE Isn’t for Everyone

The FIRE movement, however, isn’t right for everyone.

Realistically speaking, even with cutting back, many people aren’t in a position to save 50 percent of their income.

You don’t have to be a super high earner to join the FIRE movement.

But the more income you have, the easier it’ll be to save aggressively and retire early.

You should also be mindful that extreme frugality in your early years significantly limits your options.

Typically, the more responsibilities you have, the more income you’ll need. Let’s say you want to start a family. As a single person or couple, making extreme sacrifices and keeping your life super simple might be doable.

Raising a family, on the other hand, is expensive. You may need a bigger home, and you’ll spend more for health insurance and food. Plus, there are expenses that will pop up unexpectedly.

This doesn’t mean that FIRE can’t work with a family.

But you’ll likely need a higher income to save 50 percent of your salary and provide for your family’s needs.

What You Can Learn From FIRE

But just because you’re not able to jump on the FIRE movement doesn’t mean you can’t benefit from the idea behind the concept.

While FIRE isn’t right for many, tips you borrow from the movement can help improve your finances.

You’ll be able to save more over the years and possibly retire earlier than your 60s.

Think about how you’re currently spending your money.

The downside is that you’ll give up a few luxurious.

The upside is that the money you’ll save each month can go toward building a bigger nest egg, allowing you to grow your net worth at a much younger age.

Rather than striving to upgrade your lifestyle and keep up with your friends, you may come to realize that less is more.

But if you’re determined to retire early and enjoy more meaningful work, the FIRE movement can help you achieve your goal.

Making it work takes sacrifice, careful planning, commitment, and a willingness to maintain a simple life.