Are You Too Old to Open and Contribute to a Roth IRA?

Find out if you're too old to open a Roth IRA for retirement savings contributions, including the age rules and income limits that may apply. 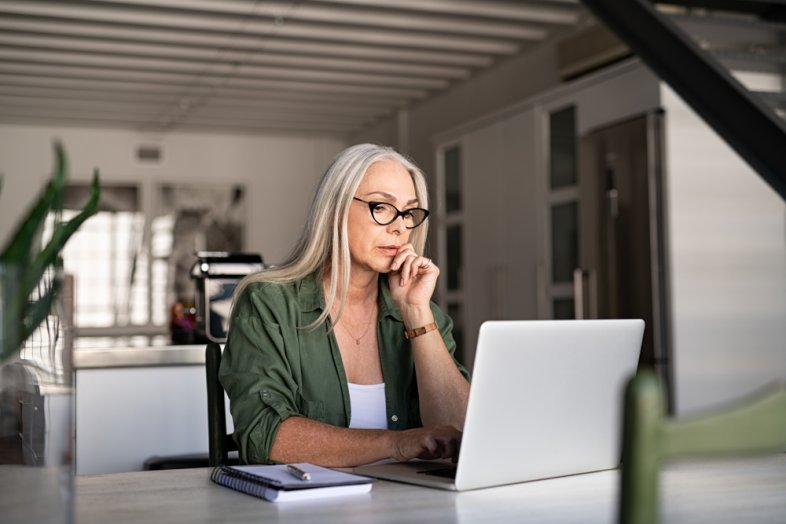 Do you want to know a secret?

The Roth IRA is the only tax-sheltered retirement plan that you can contribute to for your entire life.

Virtually all other self-directed retirement plans do not allow contributions once you reach age 70½.

If you think you’re too old to open and contribute to a Roth IRA, you may be wrong.

The Roth IRA is one of the best all-around self-directed retirement accounts, and you should consider having one if it makes sense within your financial situation.

Age is no barrier to this type of account.

Older folks, with higher incomes, may be less interested in participating in a Roth IRA because the annual contributions are not tax-deductible.

But there’s been a lot of excitement surrounding the Roth IRA among young people.

There are several likely reasons why this is true:

Distributions made from a Roth IRA are tax-free, as long as you are at least 59 ½ years old, and have participated in a plan for at least five years.

Since contributions aren’t tax-deductible, they can be withdrawn at any time, free from both ordinary income tax and the 10% early withdrawal penalty.

A special provision applying to Roth IRAs allows you to withdraw all your contributions before investment earnings.

This gives younger people an opportunity to access their accounts early, and without tax consequences.

This appeals particularly to young people, who may need to tap their Roth accounts well before retirement.

Some sources even promote the Roth IRA as the perfect emergency account – tax-free investment accumulation, with the ability to access your contributions at any time.

The potential for early retirement

By setting up what’s known as a Roth IRA conversion ladder, you can take annual withdrawals from your Roth IRA before reaching 59 ½.

Because of the unique structure of the Roth IRA, no taxes or penalties will be due on the early distributions.

A Roth IRA conversion dadder works by doing an annual conversion at least five years before you plan to early retire.

For example, let’s say you need $50,000 per year in early retirement. At least five years before you plan to retire, you do a conversion from other retirement plans (401(k), 403(b), traditional IRAs, etc.) to a Roth IRA.

You’ll pay ordinary income tax – but not the early withdrawal penalty tax – on the amount converted each year.

If you wait at least five years after each conversion, you can withdraw the full $50,000 tax-free before reaching 59½.

The reason you can do this is because the tax will already have been paid on the conversion amount.

It’s a bit of a complicated process, but the ability of the strategy to fund early retirement has not been lost on younger people.

As mentioned, you can make contributions to a Roth IRA for your entire life.

This is unlike other retirement plans, including traditional IRAs, where you are no longer eligible to make plan contributions in the year you reach 70½, and subsequent years.

But with a Roth IRA, you can make contributions even after you reach 70½, as long as you have earned income sufficient to cover your contribution.

For example, to make the maximum contribution you can of $7,000 (being over age 50), you will have to have at least $7,000 in earned income for the year the contribution is made.

It does not include income from unearned sources, such as:

And as is always the case with a Roth IRA, contributions to the plan can be withdrawn any time, free from either ordinary income tax for the 10% early withdrawal penalty.

There is a five-year rule that applies to accumulate investment income.

You must participate in the plan for a minimum of five years, after which even the accumulated investment income can be withdrawn tax-free.

If you withdraw investment income before the five-year limit, the withdrawals will be subject to ordinary income tax.

However, if you’re over 59 1/2, the distributions will not be subject to the 10% early withdrawal penalty tax.

Are You Too Old or is it Too Late to Contribute to a Roth IRA?

The Roth IRA is probably the least age-specific retirement plan in existence, so you’re never too old.

Once again, you must have earned income to support the contribution, and contributions can be withdrawn at any time, free from ordinary income tax and the early withdrawal penalty.

The major limitation with Roth IRA contributions are the IRS imposed income limits on contribution eligibility.

Those limits are as follows:

Single, head of household and married filing separate (and did not live with your spouse) filers

Contributions are fully permitted up to an adjusted gross income of $122,000.

Contributions are gradually phased out up to $137,000, after which they are no longer permitted.

Contributions are fully permitted up to an adjusted gross income of $104,000.

Contributions are gradually phased out up to $208,000, after which they are no longer permitted.

Married filing separately, but living with your spouse

You’ll be allowed a partial contribution with an adjusted gross income up to $10,000, after which no contribution is permitted.

There’s an important distinction with these income limits.

With traditional IRAs, income limits apply only to those who are covered by an employer plan.

If you exceed the income limits posted by the IRS, your contribution will not be tax-deductible, but it will still be permitted.

If you exceed the income limits posted by the IRS, your contribution will not be tax-deductible, but it will still be permitted.

With a Roth IRA however, no contribution will be permitted at all if you exceed the above income limits.

When Does It Make Sense to Use a Roth IRA in Later Years?

Roth IRAs haven’t been as popular with older folks than they have been with younger people.

Part of the reason is that the Roth IRA itself is still fairly new. The plan was first launched in 1998, and has evolved quite a bit since.

By contrast, traditional IRAs and other self-directed retirement plans go all the way back to the 1970s. It may simply be that older folks were already invested in other retirement plans when the Roth IRA came on the scene.

But Roth IRAs make no less sense for older folks than they do for younger ones.

One major advantage with Roth IRAs that shouldn’t be lost on anyone either in retirement or close to it, is the special treatment it enjoys with regard to required minimum distributions (RMDs).

A Roth IRA is the only self-directed retirement plan that are not subject to those distributions. All other plans must begin issuing RMDs beginning at age 70 ½.

Since Roth IRAs are not subject to RMDs, they can be used to provide continued growth – literally for the rest of your life.

This feature makes them perfect for estate planning.

Since you aren’t required to begin drawing down a Roth IRA, it’s a way to protect at least some of your retirement money for your heirs.

But perhaps an even bigger advantage is that the absence of RMDs makes Roth IRAs a perfect investment strategy to avoid outliving your money.

You can draw down other investment accounts, like taxable accounts and other retirement plans, while leaving your Roth IRA untouched.

In that way, the Roth IRA can continue to grow and make retirement funds available after all other accounts have been exhausted.

And let’s not forget the tax-free feature with Roth IRA distributions.

If you have income from other sources, including pensions, Social Security, and distributions from other retirement plans, you may be in a relatively high-income tax bracket.

In that situation, Roth IRA distributions will provide an income source that doesn’t increase your tax liability.

That makes them worth having at any age, but particularly in retirement.

For most people, the Roth IRA should be a must-have account.

Because of its unique features – tax-free withdrawals, no RMDs, and the ability to withdraw contributions tax-free – it adds a level of flexibility to an investment portfolio that will benefit all investors, young and old.

Start a Roth IRA if you’re young, if you’re middle age, or if you’re already in retirement.

It’s the kind of plan that can benefit anyone at any age.