What to Do If You Haven’t Been Paying Quarterly Taxes

Find out what you should do when you haven't been paying your estimated quarterly taxes, especially when you may not be able to pay owed taxes all at once. 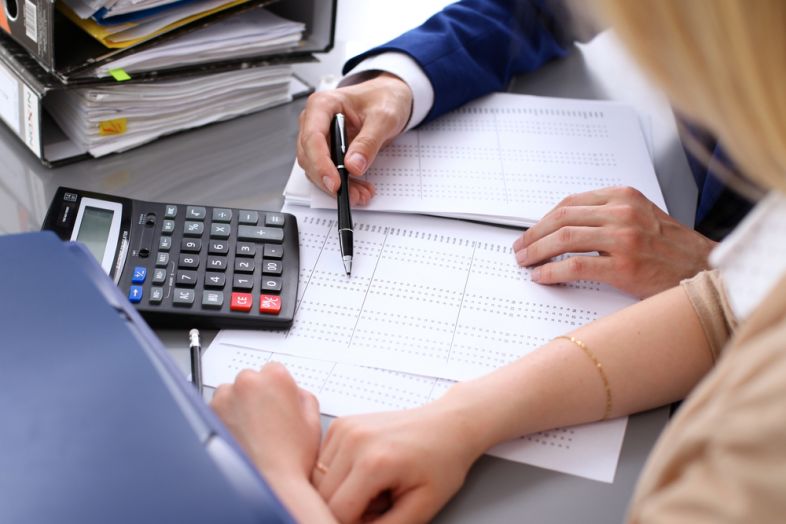 When it comes to paying federal income taxes, W-2 employees have it easy.

As long as you’ve set your withholding up properly and you have no other income, you shouldn’t have to make estimated tax payments.

Your employer withholds your federal income taxes from your paycheck and sends it to the government on your behalf.

Things aren’t so easy for employees that earn extra income on the side. Contractors and those that receive 1099s don’t have it easy, either.

Other types of income where income tax isn’t withheld often include:

If you don’t fall into the W-2 employee with no other income bucket, you might have to make quarterly estimated tax payments.

Unfortunately, most people don’t realize they have to make quarterly estimated tax payments until it’s too late.

So, what do you do if you haven’t been making quarterly estimated tax payments but you should have been?

You should try to make your payments as soon as possible.

But, there are other things to consider -- here’s what you need to know.

The IRS says you must make estimated tax payments for the current tax year if the following two conditions apply to your situation:

These rules are known as safe harbor rules. If you follow the above rules, you shouldn’t owe a penalty.

Of course, there are exceptions.

In particular, there are special rules for:

Most people don’t fall under the household employers, farmers and fisherman or nonresident alien classifications.

However, there is a large portion of the population that may be considered high-income taxpayers.

When Quarterly Estimated Taxes Are Due

Quarterly estimated tax payments are due four times a year.

Typically, payments are due on:

That said, sometimes the 15th will fall on a weekend or holiday.

The payment will be due on the next day that is not a weekend or holiday.

For this reason, the IRS allows you to leave the penalty blank.

If you do this, the IRS will calculate the penalty for you and send you a bill.

That said, you can calculate the penalty yourself.

If you decide to do so, you’ll calculate the penalty on Form 2210, Underpayment of Estimated Taxes by Individuals, Estates, and Trusts.

The penalty rate may change for the 2021 tax year.

Essentially, you end up calculating a penalty on the amount that was underpaid at each quarterly estimated tax payment.

If you made no payments at all

You’ll owe four (4) percent of the underpayment times the number of days between the date the estimated tax payment was due and the date you make the payment with your tax return divided by 365.

If you did make payments and just didn’t pay enough

The situation gets more complicated.

Any estimated tax payment you make will first apply toward any underpayment in past quarters of the tax year.

After past underpayments are made up, you’ll then apply the rest to the estimated tax payment date for the quarter you filed it for.

In this case, you’ll have to apply the penalty for underpayment of four percent multiplied by the number of days each part of the underpayment was outstanding.

As mentioned before, this is super complicated and easy to mess up, so the IRS will do it for you.

However, it’s much easier if you pay for tax software and it automatically calculates this for you based on the inputs you enter into the tax software.

Penalties May Be Waived

The IRS may waive the penalty for the underpayment of estimated taxes in certain situations.

The most common reason the penalty may be avoided or reduced is if you received your income unevenly throughout the year.

In this case, you may be able to annualize your income and make unequal payments.

You can file Form 2210, Underpayment of Estimated Taxes by Individuals, Estates, and Trusts to see if this reduces or avoids the penalty based on your situation.

The penalty may be waived if the failure to make the estimated tax payments was caused by a casualty, disaster or other unusual circumstances and it would be inequitable to impose the penalty.

The penalty may also be waived if:

Make An Estimated Tax Payment As Soon As Possible

Based on the way estimated tax penalties are calculated, which is the number of days outstanding, it makes sense to make estimated tax payments as soon as you realize you should be making them.

Every day you wait to make an estimated tax payment is another day the penalty applies.

What if you don’t have the full amount you need to pay?

In this case, pay as much as you can today and make another payment as soon as you can afford to pay more.

While the IRS only requires estimated income tax payments to be made quarterly, you can make payments more often if you wish.

This can help if you have trouble not touching the money you set aside for quarterly estimated tax payments.

You could make payments once every two weeks or once a month if it makes it easier for you.

The key to remember:

You must make payments at least as often as required by the IRS. Those payments must equal the minimum due for the quarter by the quarterly deadline to avoid a penalty.

How to Calculate Estimated Taxes

If you need to calculate what your quarterly estimated tax payment should be, you’ll need to fill out the Estimated Tax Worksheet that’s part of the Form 1040-ES, Estimated Tax package.

This form requires you to input information such as your expected AGI for the tax year and deductions you’ll qualify for.

Based on calculations, you’ll determine the tax you owe based on the current year tax rate schedules.

Then, you’ll make adjustments for alternative minimum tax, credits, self-employment tax and other taxes to come up with your total estimated tax.

You’ll also calculate the minimum estimated tax you need to make to avoid a penalty.

If you decide to choose this option, you won’t owe a penalty at tax time as long as your calculations were correct. You’ll still owe the tax due but not yet paid when you file your tax return.

How to Pay Quarterly Estimated Taxes

After you calculate how much you need to pay, you actually have to make payments. You can do this in one of a number of ways.

If you’ll be making estimated tax payments for the foreseeable future, you might want to sign up for the Electronic Federal Tax Payment System (EFTPS).

This system allows you to make estimated tax payments via the EFTPS website or by phone directly from your bank account.

If you like doing things the old-fashioned way, you can fill out a Form 1040-ES Estimated Payment Voucher for the correct quarter and mail it in with a check. Details are in the instructions for Form 1040-ES.

You can find out more about these payment methods and where to find them in the Form 1040-ES instructions under "How To Pay Estimated Tax."

Paying quarterly estimated taxes can be a hassle. It can be costly, too, if you forget or avoid paying them.

To make your life a bit easier:

Set a reminder to calculate and pay your estimated taxes a couple weeks before each deadline.

This would mean setting up reminders for January 1st, April 1st, June 1st and September 1st of each year.

Doing so will give you plenty of time to make the necessary calculations.

Then, simply make a payment before the deadline to avoid paying penalties.