7 Tips When Buying a Used Car For the First Time

Buying a used car can be scary, here are some not-so-obvious tips to make sure you don't end up with a hunk of junk. 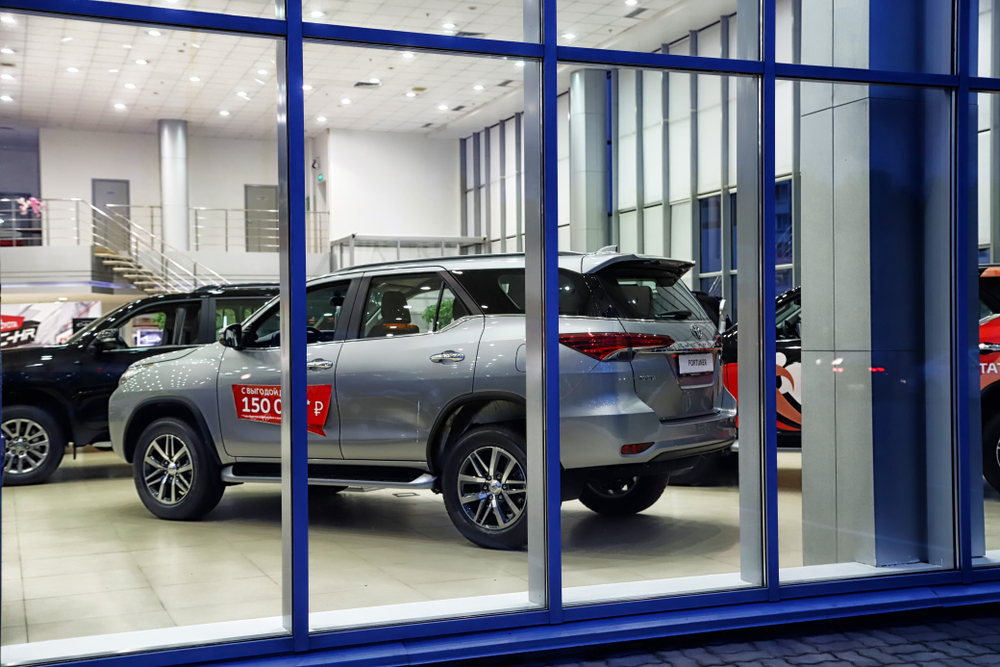 Buying a used car was one of the scariest purchases I've ever made, but I knew it was time for another car.

Prior to buying a used car, the most expensive thing I'd ever purchased was a root canal, and I somehow messed that up too.

Luckily, I had taken some precautionary measures and was able to get most of my money back.

Car dealerships are typically dead on Tuesdays and Wednesdays.

So car dealers are more likely to negotiate with you for a good price -- especially if they're super bored.

If you have the luxury of a free schedule then you should take advantage of these slower days to do your wheelin' and dealin'.

Also, the end of the month is when car dealerships are trying to clean out their inventory. Salesmen are also desperate to hit quotas so if you go around this time you'll definitely have the upper hand when it comes to negotiating.

2. A Good Dealer Prints up the CARFAX Report for You

Before buying a car, it's crucial to get the get a CARFAX Report.

This will tell you if the car has been in any accidents, any mechanic work that has been done on it, how much mileage was reported at the last odometer reading and more.

You should be able to get this information for free from the website or a dealer's website.

It will also alert you if a car has a salvaged title -- meaning, if the car was in a major accident and was basically rebuilt.

This is the reason why sellers or dealerships price used cars at a lower amount.

3. Check the Engine and Learn the Basics

One of my biggest mistakes was not knowing the basics.

I looked under the hood, but I didn't know what I was looking at. I essentially just checked for the engine, and... it was there.

When my brand new used car broke down, I was devastated.

When I took it to the mechanic, he popped the hood and revealed a slough of issues.

This video is a great resource to know what to look for when checking the engine.

Had I spent the 11 minutes watching it, I would've saved myself three days worth of arguing and strife.

4. Take the Car to an Auto Mechanic You Trust

If you still don't feel confident after learning the basics and checking the engine yourself, have a professional look at it for you.

When I was buying my used car, I didn't have the time or the money to go to a mechanic first.

I ended up spending double the money and time because the car I bought broke down. (Oh, did I mention it was the DAY after I bought it?) Skipping this step ended up costing me.

Splurging upfront to have a trusted professional look at the car will save you in the long run, as you can avoid future repair costs (and a big headache).

For those of you who are unfamiliar, the Better Business Bureau is an organization that monitors how businesses operate.

It's like a more intense Yelp. It's always good to check the reputation of a business on this site, but it's no guarantee that you'll find a report on your business.

Also, if you are going to the web to look for other people's experiences with a particular dealership, don't trust everything you read.

The guy I bought a car from had strong online presence and high ratings, and the car still broke.

The second guy I bought a car from had negative reviews, and very little online presence, but I am still driving that car today.

It's important to be familiar with the laws surrounding buying and selling used cars.

Before I moved to California, I'd never heard the word "lemon" used to reference a car, but that's exactly what I bought.

I did, however, catch a few lucky breaks: as I was returning my rental car, the lovely man who rented it to me told me that everyone in California has a two-day warranty, in case something happens.

This last-minute suggestion is what saved my butt when the car broke down.

All the information for your state can be found on the Department of Motor Vehicle's website.

7. Trust Your Gut (and Your Friends)

When I spoke to the car dealer, Dennis*, he told me that they don't offer the two-day warranties at his dealership.

But when I pushed the issue, he said I could buy one for an extra $200.

I opted to buy it, and he gave me a guilt trip for "not trusting him."

He also told me that in his 25 years of business, no one had ever returned a car.

His confident tune changed quite a bit when I called to tell him the car had died.

I ended up bringing a friend to confront Dennis and get my money back.

The situation escalated when Dennis claimed his credit card machine was not working.

When he said he couldn't return the money that day, I saw a year of savings going down the drain, but my friend jumped to action.

She got on the phone with his bank and threatened to freeze the account due to a disagreement.

This completely freaked him out and he somehow managed to figure out the credit card machine.

He also tried to charge me a $350 restocking fee,

but I had another lucky break.

The friend I was staying with had a father in the car industry who informed me me that the warranty I'd purchased covered any restocking fees under law. (Again, you can find this information on your state's DMV website.)

Buy New, Used or Lease - Which is Best?

So that faithful old car you’ve been driving forever has finally bit the dust, and it is time for a new vehicle.

There are many makes and models out there to choose from, but one question that you should ask yourself is whether or not you should spring for a brand new car, or find a decent used one?

The Benefits of Buying New

The history of the vehicle is one of the biggest factors in deciding to buy a new or used car.

Of course, a used car would be a smaller initial investment, but how long will it last before you end up spending additional money for repairs?

There are also many benefits to buying a new car, including repair warranties, and even better gas efficiency.

When you buy a new car, the price depreciates as much as 20% as soon as it leaves the lot, and the more you drive, the more likely it will depreciate faster than you can pay it off.

Used cars, on the other hand, have a more stable rate of depreciation, and you will most likely own the car before it loses all value.

If you do decide to go with a used car, be sure that you do some research on the history of that vehicle.

In addition, a standard check of the mileage and the cars age, if there is paperwork with the vehicle look to see what parts have been replaced, and how frequently they needed to be fixed.

You should also check to see if the paint is original, or if it was done recently, as it could be covering up rest or other body damage.

One place to look for quality used vehicles are car services or even police auctions, as generally these cars have been taken care of and are being sold because there are new replacements, not because there was anything particularly wrong with them.

Leasing a car is also an option, but generally only makes sense if you drive less and are interested in always having a new model.

But while there are generally lower monthly payments for leasing than buying a new car, you have to take into account the potential resale value of a car you will eventually own, as opposed to a leased vehicle that will eventually be returned to the leasing company.