Tax season is in full swing and if it’s your first time filing, you might be feeling a little overwhelmed. Deciphering the complexities of the tax code is near impossible unless you’re a tax expert and even then, it can still be tricky. 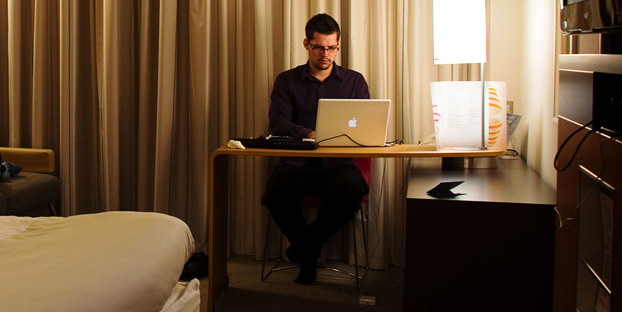 If you’re not sure what you’re doing or you overlook something by mistake, you could end up paying more in taxes than you need to or shortchanging your refund. In anticipation of the upcoming tax season, we’ve put together a quick guide on what you need to know when filing taxes for the first time, with the help of some tax experts.

Also, if you decide to file a paper tax return through the mail, your refund could be delayed for a week or possibly longer, according to CNN Money.

1. Figure out your exemption status

A tax exemption is something that reduces the amount of your earnings that are subject to income tax. Depending on how much money you made through the year, that could mean a lower tax bill or a bigger refund. Generally, your parents get the benefit of your exemption if they claim you as a dependent on their return but that can change if you’re filing on your own this year.

If you provided more than half of your financial support in 2014, you’re eligible to claim your own exemption. That rule applies even if you were still living at home for part of the year, as long as you were responsible for paying your own way. According to Money Crashers expert David Bakke, 20-somethings can’t afford to overlook the value the exemption offers.

“The personal exemption for most filers in 2014 is $3,950 and you should claim it as long as you qualify in order to increase your refund or decrease your liability,” Bakke says.

2. Decide if you’re going to DIY or hire a pro

The IRS estimates that just under 35 million people had their taxes done by a professional in 2014. When you’re in your early 20s, your tax filing shouldn’t be that complicated unless you’ve started a business or purchased a home. In most cases, first-time filers should be able to punch in the numbers from their W-2s into a basic tax software and do their returns themselves. Still, hiring a pro makes sense for some but it usually comes at a price.

According to Bakke, the average cost of having a professional handle your filing is $152 if you take the standard deduction. If you’re writing off things like work-related travel expenses, medical expenses or contributions to charity, you’ll need to itemize, which can bump the average cost up to $251. On the flipside, the average return for people who hire a pro is $1,789 compared to $1,492 for those who go it alone.

Whether you need professional help really comes down to the kinds of deductions you plan to take and how confident you feel about preparing your own return. If you’re worried about coming up with the cash to pay for a pro, there’s a silver lining, since the cost is tax-deductible.

3. Make sure you’re not missing out on key credits

If you’ve never filed your taxes before, it’s important to understand the difference between a credit and a deduction. A credit reduces the amount of tax you owe, while a deduction lowers the amount of your income that’s subject to tax. Perhaps the biggest mistake first-time filers make is not getting every credit they’re eligible for.

One of the most overlooked credits for 20-somethings is the Saver’s Credit, according to Tyler Linsten, Founder and Investment Advisor at Alder Cove Capital, LLC. This credit is designed to benefit workers who might be at the lower end of the income scale but are making an effort to save something for retirement. For 2014, the credit is good for up to $1,000 if you’re single and you made $18,000 or less.

For Linsten, cashing in on the Saver’s Credit early on in your career is a no-brainer. He argues that for a new grad who qualifies and is able to funnel a few extra dollars into an IRA, the value of the credit outstrips the kind of growth you’d see on other investments in any given year. “Twenty-somethings just starting a career in a tight job market would be wise to take advantage of this excellent return while they can — it definitely pays,” Linsten says.

Bakke also cautions against overlooking the Earned Income Credit. This credit is also intended for lower-income workers and eligibility is determined by how much you make, your filing status and whether you have any dependents. If you just graduated, are still single and have no dependents, you can claim the credit for 2014 as long as you made less than $14,590 last year. If you qualify, that’s an extra $496 you could knock off your tax bill.

4. Don’t put off your filing

Aside from missing important credits, the other big no-no first-time filers need to look out for is waiting too long to get their returns in. If April 15th comes and goes and you still haven’t gotten your paperwork together, you could end up in hot water with the IRS.

As long as you’re due a refund, you won’t get hit with any penalties for filing late, but you run the risk of losing out on the money. The IRS gives you three years from the filing deadline to get your return in; otherwise, you forfeit it altogether. It’s when you owe money to Uncle Sam that failing to file leads to trouble, according to Bakke.

“If you file your taxes late, the penalty is usually 5 percent of the amount you owe for each month you’re late. The penalty kicks in the day after the due date, and it can add up to 25 percent of the tax due. If your taxes aren’t paid on time, there’s an additional penalty of 0.5 percent,” advises Bakke.

If you’re thinking that doesn’t sound like a big deal, consider how quickly it can add up. Let’s say you complete your return and you owe $1,000 but you wait until May 15th to file. In one month’s time, you’ll rack up an extra $50 in penalties, not to mention the interest that accrues on the balance. Push it to October and you’re looking at nearly $260 in penalties.

Filing an extension before the April deadline can give you more time to file but you’ll still be on the hook for the 0.5 percent failure-to-pay penalty. Either way, dragging your feet is going to cost you more in the long run so it’s best to get your return in and settle up as soon as possible.

Related Articles
Kiddie Tax: How to Minimize a Child’s Income Tax
What Are Each State’s Income Tax Rates?
The Tax Advantages of Taking a HELOC
What is the Retirement Saver’s Tax Credit? Do You Qualify?
How to File an Amended Tax Return
What to Do If You Haven’t Been Paying Quarterly Taxes