When Foreclosing Your Home Is an Option

Read our take on some alternatives to bankruptcy. 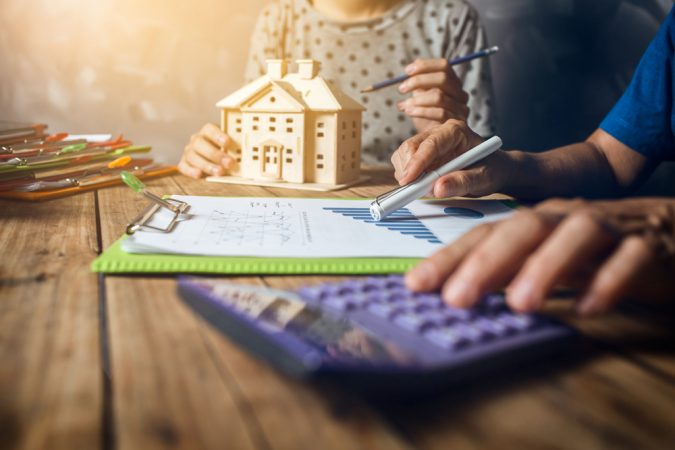 Many homeowners have homes worth significantly less than what they paid, greatly diminished incomes, and other issues.

Foreclosing on a home has major ramifications that can last for years, but for some, a foreclosure may seem like the only option.

Here, we take a look at some of the details and alternatives.

When Your Home Has Lost Too Much Value

Entire neighborhoods were built in a booming frenzy by construction companies during the bubble.

In some of these areas, the construction created a glut of housing, and many houses stayed vacant.

The homeowners who bought into these ghost towns are faced with empty neighborhoods and homes valued at far less than what they owe.

Other more established neighborhoods emptied out as homeowners defaulted on sub-prime mortgages, causing homes in the entire neighborhood to fall in value.

The homes are hard to sell, even at a loss, and can be just as hard to rent out to others.

When You Can't Cover the Mortgage Payment

And it’s no secret that incomes around the country have dropped.

Most everyone knows someone who has lost a job and taken a pay cut upon returning to work.

Mortgage payments which were easy to meet under better wages have now become increasingly harder to pay, and many homeowners are finding themselves struggling to stay on top of the bills.

So, while some bought homes they couldn't quite afford, lured by low interest rates and all-too-willing, unscrupulous lenders and they ended up in default.

However, for many Americans, home purchases that seemed like a wise investment at the time have turned into financial disasters.

Many are wondering what to do next with a mortgage that is too high, homes that won’t sell for enough to pay for the mortgage, or homes which are simply unlikely to sell at all.

What Happens During Foreclosure

Foreclosure is one way out of the game, but with steep implications.

It can completely destroy one’s credit rating for years to come, and make it difficult to get a needed loan later on.

It could hurt a family’s chance of renting if a credit report is part of the applicant screening process, thereby limiting rental options.

Any open lines of credit may be lowered once the default goes on record, and some credit card companies may change other terms.

Further, there can be steep tax implications come April 15.

If a homeowner is already behind on payments, these ramifications may already apply.

The advantages of foreclosure include being able to stay without paying rent for a while.

In some states, this could be a year or longer, which could buy time to catch up financially, find better employment, or otherwise develop ways to increase income.

During that time, it might also be possible to negotiate new terms with the bank, especially if the home is in a difficult housing market.

However, we’ve all heard the horror stories about cut-throat practices by some lenders who have foreclosed on homes illegally, so it is still very risky.

Short Sell or Rent Out

An alternative to foreclosure is a short sale, although the negative impact to credit scores can be just as bad as a foreclosure on record.

A short sale is an agreement with the bank to sell the house for less than what is owed, and the homeowner can be allowed to walk away with minimal cost, or given terms to pay back the deficiency which the homeowner can more easily handle financially.

Often, people facing these difficult choices are advised to seek other alternatives.

If it’s possible to secure more affordable living quarters (perhaps with a family member, for example), renting out the house can be an option bring in income and avoid foreclosure.

However, this route can bring its own problems as well, especially if the tenants prove to be troublesome.

The home will still require maintenance and homeowners fees.

Be careful when renting to others

While typical advice to rent the home out can be thrown around liberally and by people who mean well, it's not always an option.

Some homeowners associations may have restrictions on renting, or it may even be banned, so it may not even be possible to rent the home.

Even without a homeowner’s association, many municipalities have laws which restrict rental terms.

For example, in many college towns, year-round residents have worked to pass laws that keep homes from becoming college flop houses by encouraging local government to pass laws allowing no more than two unrelated adults to live in one single-family home, or similar laws.

Research on local laws will be required to determine if renting is actually an option.

Always Check With a Lawyer

Of course, none of these tips can replace legal advice from a qualified lawyer.

Laws vary greatly by state and region, and the unique set of circumstances any homeowner is in vary as well, so there are no simple solutions when the mortgage has turned into a monster.

Foreclosure can be a way out from under an enormous burden, but not without long-term consequences.

It’s important that anyone considering foreclosure consider all the options open to them and seek the advice of qualified professionals.

About the author Shirley Pulawski
Shirley is a staff writer for MyBankTracker who covers personal finance trends, money habits, mortgages and foreclosures.

<p>What if your love one left you the property that you both married into. But I have a quick deed settlement in a divorce. When your love one pass they still have a loan. The only way that I could save the home is bankruptcy I'm having so many problems with this. This is the last year for this 4years in it. So what did I go wrong?</p>

<p>My dad died and our mortgage company offered us a setteling price good for 90 days. we were not able to come up with the money in time. When we got the money they had already sold our loan to another company. When we ask for a setteling price it was 4 times higher that the first price we were giving. Is this normal. And is there a way to fund out how much they bought our loan for</p>