Retirement for Millennials: What You're Doing Right (And Wrong)

Chipping in money to a 401(k) is one of the easiest ways to save for retirement and that fact isn't lost on millennials. A recent report from Bank of America Merrill Lynch found that in the first h...

Retirement for millennials means something much different than it does for older workers and how they plan for it has a big impact on their success. 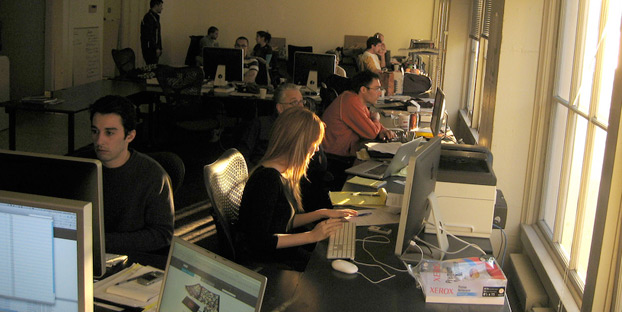 Today's economy has made saving for retirement something you can't afford to put off and the sooner you get started the better. That's a lesson 20-somethings have picked up on pretty quickly after witnessing the financial struggles of previous generations in the wake of the recession.

In many respects, millennials are changing the landscape of how people think about personal finance. They're avoiding credit cards, spending on experiences versus things and trying to juggle a boatload of student loan debt on less-than-stellar incomes. So where does retirement fit into all of this? Overwhelmingly, young adults seem to understand why it needs to be a priority but they're not always taking the necessary steps to reach their goal. When it comes to retirement for millennials, the things they're doing right are often overshadowed by what they're getting wrong.

They're saving earlier but they're playing it safe

Millennials haven't been called "super savers" for nothing. According to the 15th Annual Transamerica Retirement Survey, 74 percent of the young adults aged 18 to 34 who were surveyed started growing their nest egg at the tender median age of 22. Compared to Generation X, that's a difference of five years and the gap stretches to 13 years for baby boomers. Even though much has been made in the headlines about millennials' reluctance to buy a home or start a family, it's clear that they're not interested in putting savings on the backburner.

While 20-somethings for the most part don't have a "throw caution to the wind" attitude when it comes to planning for retirement, there's a downside to their conservatism. Instead of taking a gamble on stocks or mutual funds, they're choosing safer investments like bonds, CDs or money market accounts where the risk is lowest and so are the returns. Obviously, they're motivated by the fact that they witnessed the fallout of the housing collapse first hand but their bottom line pays the price.

If you're part of the millennial crowd and you're wary about losing money, it's possible to invest without putting your retirement on the line. You don't have to sink a bunch of cash into high-dollar stocks to get started. Whether you have $5,000 to play with or just an extra grand, there are options for multiplying your money faster. Buying fractional shares of stock, opening an IRA in addition to your employer's plan or investing in a mutual fund are great ways to diversify while staying within your risk comfort zone.

Chipping in money to a 401(k) is one of the easiest ways to save for retirement and that fact isn't lost on millennials. A recent report from Bank of America Merrill Lynch found that in the first half of 2014, the number of millennials enrolling in their employer's 401(k) plan jumped by a whopping 55 percent. Convenience and easy access to the plan seemed to be the biggest contributing factors to the jump in enrollment.

While it's encouraging to see so many 20-somethings taking advantage of workplace retirement benefits, they're not necessarily getting the most out of their plan. Instead of contributing the recommended 10 to 15 percent of their income, they're only putting in enough to qualify for the company match. Vanguard's 2013 How America Saves Report found that workers under 25 contribute just 4.3 percent of their salary to their 401(k). The 25 to 34 crowd chips in slightly more, at 5.5 percent.

It seems like a decent amount, especially when you're just starting out in your career and aren't earning a lot, but millennials should be focused on trying to bump up their savings. Increasing your deferrals by just 1 percent a year or funneling any pay raises or bonuses you receive into your account are some relatively painless ways to boost your savings without taking too much money out of your pocket.

Realistic about the future but tend to shortchange savings

The woes of Social Security have been much discussed in the news and 20-somethings have been paying attention. Going back to the Transamerica survey, 81 percent of millennials included in the study said that they were afraid Social Security wouldn't be an option once they were ready to retire. Sixty-six percent said they expect the majority of their retirement income to come from self-funded accounts or other savings and investments.

Despite being aware of what their financial future looks, millennials may be sabotaging their retirement without realizing it. They're changing jobs frequently and the result is that their savings are taking a hit. By switching employers before their account has had a chance to fully vest, they're leaving hundreds or thousands of dollars on the table and losing big in terms of the potential earnings that the money could have generated.

When a career change is on the horizon, 20-somethings need to be conscious of what's going to happen to their retirement when they make a move. Sticking a job out that you don't exactly love for a few more months can make a big difference down the road if you're able to roll all of your benefits over to another retirement account once you leave. With the future of Social Security so uncertain, it pays to make sure you're getting the most mileage out of every penny.