Savings accounts are better than putting your money under a mattress. But that's not the whole story. 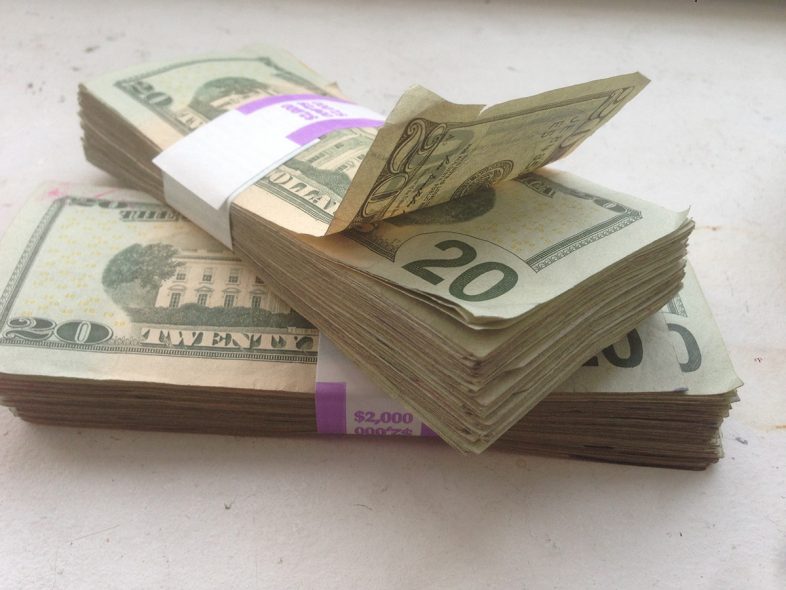 “A penny saved is a penny earned,” or so said Founding Father/popular quote machine Benjamin Franklin. On the surface, seems like an accurate enough dictum. When you’re not spending money you’re earning it, right?

That’s not the whole story, though.

Where you save that money matters. Factor in the interest rates of a traditional bank’s savings account, and it might have been apt for Franklin to have said, “A penny saved is a penny earned, plus interest. So more like a penny saved is like, oh I don’t know, 1.089 pennies earned.”

It's More Than Just the Interest

But if we parse it even further, we wouldn’t just take into account the interest accrued from a savings account, but the larger economic picture as well.

All money, even money tucked away in a penny jar or an interest-earning savings account does not exist in a vacuum.

Even a single cent is a part of the larger economic picture. Its buying power continuously changes to the economy at large. A penny yesterday is not a penny today, so to speak.

That is, its buying power is constantly decreasing. This is due to inflation, which encourages people to spend their money and not always hoard it away. Hoard it away in say, a savings account.

While the rate of inflation changes constantly, it very often outpaces the interest rate offered in a traditional savings account.

So returning to ol’ Ben one more time, the most accurate quote might have been “A penny saved is a penny earned, plus interest, minus inflation, which often accelerates a rate faster than interest offered by a traditional bank.

So when all is said and done, a penny saved is often actually a fraction less than a penny earned. Now excuse me while I go discover electricity.”

Not exactly a pithy statement, but perhaps a bit more accurate. It would seem then that the takeaway is that in a developed economy with a steady rate of inflation, socking money away in a savings account is a fool’s errand.

But that’s not always the case, and sometimes savings accounts do indeed make you money. This is because the outside world does not exist in a vacuum either.

Inflation rates change constantly, and in fact, we occasionally experience deflation, or money getting more valuable, not less.

This is a very bad thing for the economy at large, but a very good thing for people who had saved their money in an interest-earning savings account.

For even if banks lower the interest they pay out, they are loathe to lower it into negative territory. It’s pretty hard to attract depositors when you promise right off the bat to take their money.

Returning to the savings accounts: as complex as the macroeconomic picture is, and considering it tends to be inflationary, does it ever make sense to put cash in a savings account?

The answer is “yes” -- because sometimes inflation slows, or even reverses. And even if you can’t always beat inflation, any interest is better than no interest at all.

Have You Considered a CD?

It’s also key to note that savings accounts allow you access to your cash relatively easily while earning interest and not putting the money at risk.

There’s way to invest that could make money than a savings account, to be sure. But they also expose that money to the market, which has a pretty voracious and often unforgiving appetite.

Less risky stock market alternatives like CDs certainly offer higher interest than a savings account. However, banks that hold the CDs usually charge a penalty if they’re cashed out early.

So what’s a savings account that might not beat inflation, but at least minimizes the “damage” it inflicts on socked-away cash? There’s a few things to consider.

The first, of course, is the aforementioned interest rates. The higher they are, the more they pay out. Online banks pay higher interest rates compared to banks with physical branch and ATM networks.

But the formula for picking a savings account doesn’t begin and end at the APY. Another key factor to consider is fees.

If the answer to that question is “yes” then you might be better off not getting a savings account at all. Synchrony also charges a five dollar a month fee if a balance of $50 is not maintained, which handily cancels out any accrued interest.

But if you have enough cash on hand to deposit to avoid fees like that, that’s usually not the case. Again, if you’re getting something for your money, that’s better than nothing at all.

Is There a Savings Account That Can Keep You Ahead of Inflation?

After much thought, Franklin might have been best off keeping the quote at “a penny saved is a penny earned” and left it at that.

Here are the most popular online savings accounts:

But it’s still incomplete. Of course, the most important thing to remember is where you save matters.

Which savings account will keep you ahead of inflation?

Well, none of them.

But several will keep you in the running. Because it doesn’t just matter that you “save a penny,” but “where you save a penny.” And that’s one caveat Franklin couldn’t disagree with.