To catch a criminal you have to think like a criminal. We are not saying you should go out and hunt down identity thieves we just want to give you insight to how they operate so you can avoid becoming their next victim.

Here are five tricks thieves use to get the information they need to steal your identity (adapted from Yahoo! Finance).

No matter how safe you keep your bank account and passwords, chances are you have purchased gas in the past year. Credit card skimmers are difficult to protect because of their discrete appearance. Thieves install a small device at any card reader — ATM, gas station, store — and the skimmer can read and copy your account information. If there is a camera attached, the skimmer can shoot video of your PIN as well. Click on the "Credit Card Skimmers" link above to learn more about these card skimmers and how to avoid them. 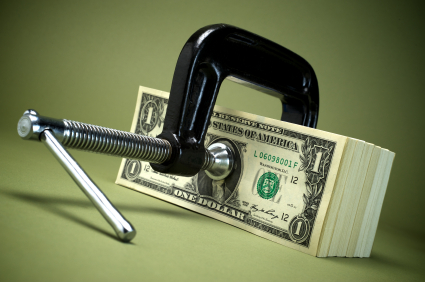 Keeping your personal information private is becoming increasingly difficult as people post their personal lives on the internet. Even if you are not big on social networking, your friends and family may post photos that will give cyber-thieves the information needed to impersonate you. Here are four things to leave off your Facebook profile:

4. Those Closest to You

The best victims are ones who expect it the least. Nobody wants to believe that a friend, family member or acquaintance would commit a crime against them, but it is common. Family and friends commit nearly half of all identity crimes, according to MoneyWatch. We don't want you to be paranoid in your own home, but make sure to keep checkbooks, bank statements and other account information private.

Digging through trash is the oldest method of identity theft, and it is still used today. Some thieves opt out of the high tech world of gadgets and programs and head straight for the trash where many Americans throw away mounds and mounds of personal information. As a rule of thumb, if any document has your name and address on it, shred it right away. Monitor everything you throw out and take the extra time to make sure every single document with personal information is shredded. As an extra precaution you can even throw away the shredded pieces in various trash cans.