Got a Raise? Why Your Paycheck May Be Less Than You Expected

When you received a raise and realize that your paycheck didn't increase by much, learn how to find out why your gross pay was lower than expected. 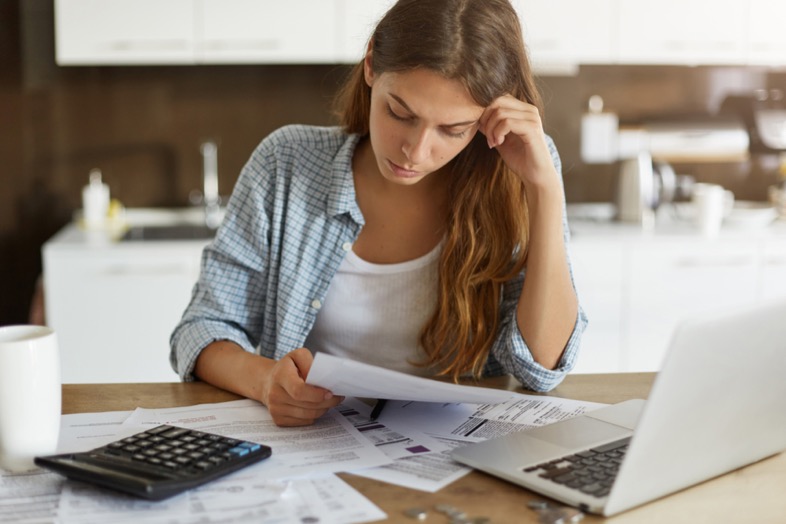 You finally got that well-deserved raise you’ve been hoping for.

Before you even get your first paycheck with the new salary, you’re already thinking about fun ways to spend the extra money.

You may be shocked when you get your first post-raise paycheck.

Most people find out their new salary doesn’t result in as big of a net pay increase as they would have thought.

Here are a few reasons your new paycheck may be smaller than you’re hoping and how to figure out why your particular paycheck isn’t what you might be expecting.

Many Reasons to Blame

Raises are given on a gross pay basis.

You may have previously been making $50,000 per year as your gross salary. Even though you make $50,000 in gross pay, your net pay isn’t $50,000. It will be smaller thanks to deductions and withholding.

However, some of the deductions and withholding in your paycheck will also increase. They may not increase by 20%, but some of them will increase and reduce your net pay.

Your paycheck may include two separate lines or one combined line for your Social Security and Medicare taxes.

When you get a raise, you’ll likely have to pay more for both of these taxes.

This maximum increases to $142,800 in 2021. If you get a raise, expect roughly 6.2% of that raise to disappear due to this tax unless you’re already earning above the maximum.

Next, the Medicare tax deducts 1.45% of your eligible earnings.

There is no cap on this tax, so you’ll have to pay roughly 1.45% of your raise in Medicare taxes.

Combined, these two taxes reduce the amount of your raise by about 7.65% in most cases.

When you earn more money, you have to pay more federal income tax.

You have many moving parts that determine how much money you’re supposed to pay in federal income tax.

When you first started working at your employer, you had to fill out a Form W-4. The information you submitted on this form tells your employer how much to withhold from your paycheck for federal income tax.

Your employer uses that information, along with tables provided by the IRS, to calculate how much to withhold from your paycheck. At the end of the year, you file a tax return. If you had too much money withheld, the extra will be refunded to you.

As you make more money, you generally have to pay a higher percentage of your income in taxes.

You only pay the higher rates for each additional dollar you earn, not your entire income.

Even so, this can result in your federal income tax withholding increasing more than you expect. If this happens, your net pay won’t increase as much as you may have expected, either.

Each individual state, city or county may also have an income tax.

Each group may withhold their income taxes in different ways using different formulas.

If you get a raise, expect your state, city or county income tax withholding to go up, as well. If you live in a high-income tax area, this could be a decent chunk of your raise.

401(k) or other retirement contributions

Another common deduction on many paychecks is a 401(k) or other retirement plan contribution.

If you get your raise on January 1st, you may be hit with a double whammy in the retirement contributions department.

Many plans allow you to automatically increase your contributions each year. If you’ve turned this feature on, you may be increasing your retirement contributions twice.

First, it may increase the percentage you contribute. Additionally, it will increase your contributions due to your higher salary, too.

There are exceptions. If you’re already maxing out your workplace retirement plan, you may have to adjust your retirement plan contributions after a raise.

Alternatively, you may max out your retirement account earlier in the year. If this happens, you won’t be able to make contributions after you exceed the limit.

Some workplaces allow you to contribute a flat dollar amount per paycheck. If this is the case, a raise may not increase your retirement contributions.

Stock purchase plans are another deduction that may come out of your paycheck.

If you’ve already received your raise and a paystub after that raise, you can see exactly where your raise went.

You’ll find the pay stub right before your raise.

Next, grab your first post-raise paystub where you earned your new salary for the entire pay period. If your raise started in the middle of a pay period, that paystub won’t help in this exercise.

Now that you have both paystubs, it’s time to start investigating.

The result should be your new annual salary. If it isn’t, double check with your human resources or payroll department to make sure you raise was properly applied.

After you verify your new gross income is correct, it’s time to see where exactly your raise went.

Compare each line item on your pre-raise paystub to your post-raise paystub. To do this, make a list that starts with gross pay and ends with net pay.

You can automatically eliminate any deductions that stayed the same in total dollar amount from this list as they won’t affect your calculations.

Common deductions that would stay the same are things like:

Take the post-raise number and subtract the pre-raise number from it. This is the amount of your raise per paycheck in gross pay.

After you compare your gross income, go line by line and compare how much the other deductions increased. An increase in a deduction is a reduction in your net pay. List the dollar amount change of each line item under your gross pay.

Finally, compare the net pay amounts pre-raise and post-raise and put it at the bottom of the list.

If you didn’t, you missed something.

After you’ve verified the changes match your gross pay, you now have a list of exactly where your raise went.

You may be able to adjust some of the changes, such as your retirement contributions, to increase your net pay. Other changes, like tax withholding, probably shouldn’t be messed with unless you know exactly what you’re doing.

Still Can’t Figure Out Where Your Raise Went?

If you can’t figure out your paystub or where your raise went, you’re not alone. Some companies use weird abbreviations to describe normal deductions.

There are also legitimate possibilities why your raise didn’t show up in your paycheck correctly.

Your payroll department may have made an error that needs to be corrected.

Your raise didn’t get approved for the amount you were told you’d receive.

You can always ask someone in payroll or human resources to walk through your pay stub with you. They should be able to explain what each line item stands for and show you exactly where you raise went.

If they can’t, they may realize there’s an error either in your paycheck or what you were told your raise would be.