Should a Employee Stock Ownership Plan (ESOP) Be Part of Your Retirement Savings?

Learn how employee stock ownership plans (ESOPs) work and find out whether they can help you save and invest for retirement. 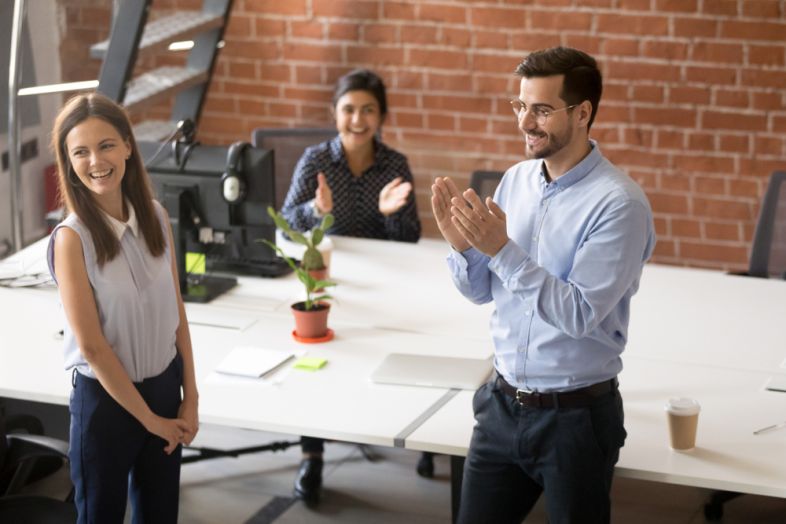 When you go to work, you might be motivated to do your job by any number of things.

One of them is stock ownership in the company.

It's a win-win situation.

Through Employee Stock Ownership Plans (ESOPs), employees can become partial owners of the company that they work for.

The company's success means more money in your pocket.

Find out how they fit into your retirement plans because they can have a significant financial impact.

What is an ESOP?

Employee Stock Ownership Plans are a way for employees to get an ownership stake in the company that they work for.

Usually, this comes in the form of stock that is given to employees or is available for employees to purchase.

There are multiple ways that ESOPs can work, but they all accomplish the same goal.

They give employees a way to own stock in the company that they work for.

One common way for an ESOP to work is for the company to purchase a large number of shares of its own stock.

It can then distribute those shares to its own employees.

This can be done in the form of:

ESOPs function somewhat similarly many retirement accounts that are available.

Companies typically hold the shares for employees until that employee retires or leaves the company to work somewhere else.

An employee may have to work for the company for a set period of time before the shares that they own in the ESOP fully become theirs.

If they leave the company before the shares vest, they lose those shares entirely.

When an employee leaves the company, money from the ESOP is distributed.

How this happens depends on the plan. Some plans will buy the shares and pay out a lump sum. Others will make periodic payments, functioning as sort of an annuity.

The ESOP takes the shares that were owned by the departing employee and can either sell them or redistribute them to others who are involved in the plan.

Whether you should participate in your employer’s ESOP will vary depending on the rules surrounding your employer.

If your employer will give you shares through the ESOP at no cost, there is little reason for you not to participate.

Even if the company does poorly, you will still be able to sell those shares when you leave the company, and you won’t have lost out on anything by doing so.

If you don’t expect to stay with the employer for a long time, the worst that can happen is that you forfeit any non-vested shares.

If your employer requires some type of financial contribution from you, then it becomes a more difficult decision.

Combining an ESOP with Other Retirement Options

ESOPs are similar to retirement plans in that they are tax-advantaged.

The tax benefit is:

You don’t pay income tax on the money that you receive through the ESOP until you start withdrawing money from the plan.

That means that your money can grow tax-free for years, or possibly decades depending on how long you stay with an employer.

You shouldn’t use an ESOP as your only form of retirement savings.

ESOPs can be very risky.

All of the money in an ESOP is invested in one thing: the company that you work for.

If your company starts to fare poorly, its share price will drop. If it does poorly for a long time, the price could drop by a huge amount.

Even in a less dismal case, your company’s stock could increase in price, but underperform compared to the rest of the market.

The other problem is that individual companies’ stocks are far more volatile than more broad-based investments such as mutual funds.

Even if your company is doing quite well, if some bad news hits right before you retire, the share price could tank by 50% or more, significantly cutting into your balance.

ESOPs carry the additional risk that a company’s performance is often tied to your job security.

If your company starts doing poorly and its share price starts to drop, you might find yourself in a scenario where you could be laid off while the value of your savings is also down.

Having more diversified investments reduces the risk that your savings’ value will be dropping at the time you need it most.

In addition to other retirement accounts

Instead, you should consider your ESOP to be a supplement to your traditional retirement plans.

If your employer offers a 401(k), consider investing money through that account.

You’ll get tax benefits for doing so and have the option of investing in companies other than your own. You’ll also be able to purchase more stable investments, like bonds.

Many employers that offer an ESOP also offer a 401(k) with matching contributions. You should, at a minimum, contribute enough money to get the full match.

If your employer does not offer a 401(k), you can still contribute money to an Individual Retirement Account (IRA).

IRAs aren’t tied to a specific employer, and you have the freedom to invest in nearly anything, whereas 401(k)s limit you to a few specific choices. That makes it easy to diversify your investments.

What Happens if You Leave the Company?

What happens if you leave your company while participating will vary with the plan.

The majority of ESOP plans have some form of vesting period.

During this period, you’ll receive shares in the plan, but the shares won’t actually be yours.

This means that ESOPs can be an effective employee retention tool for employers.

Once you’ve vested, the shares that you own in an ESOP are fully yours and you're entitled to them at the time that you leave your company.

One is to simply purchase all of the shares and to give the person cash when they go.

So, if you owned 100 shares of the company that you worked for before retiring, and each share was worth $37, you’d receive a check for $3,700 when you retire.

The shares would then be available for the company to sell or redistribute to other employees.

Others will take the value of the shares that you own when you leave the company and agree to make payments to you over time.

This functions similarly to an annuity in that you’ll receive equal payments for a specific number of months until the company has paid you what you’re owed.

This plan can be good for people who want some additional income during the beginning of their retirement.

Not the Same as Employee Stock Purchase Programs (ESPPs)

ESOPs and different from Employee Stock Purchase Programs (ESPPs), which are another way to give employees a way to become owners of the company that they work for.

ESPPs, rather than being a type of tax-deferred account that employers can use to freely give shares to employees, instead, work like a discount program.

You can sign up for an ESPP before an “offering period.”

During the offering period, money will be deducted from your paycheck and set aside.

At the end of the offering period, the money that was set aside will be used to purchase shares in the company.

Typically, the purchase will be made at a discount, which can be as much as 15% below the market price.

Often, the purchase will be made using the lower of the cost of the shares at the start date of the offering period, or the end date, then adding the discount.

ESPPs can place some rules on when you’re allowed to sell the shares.

Sometimes, you’ll need for a period of time, such as a year, before selling. Others let you sell right away.

ESPPs, especially ones that offer good discounts and let you sell immediately, are valuable benefits for employees.

Simply by taking advantage of the discount and immediately selling you can effectively give yourself a raise.

ESOPs are a way for employers to give their employees an ownership stake in the company.

For employees, they’re a good program to be part of that can be a part of their tax-advantaged savings plan.