Should You Invest in a Traditional or Roth IRA CD?

Find out what factors affect your decision of choosing between a tradition or Roth IRA CD, which is an option for long-term retirement savings. Learn the benefits of the different types of individual retirement accounts to understand which one is best for your tax situation. Then, you can pick the right IRA CD for you. 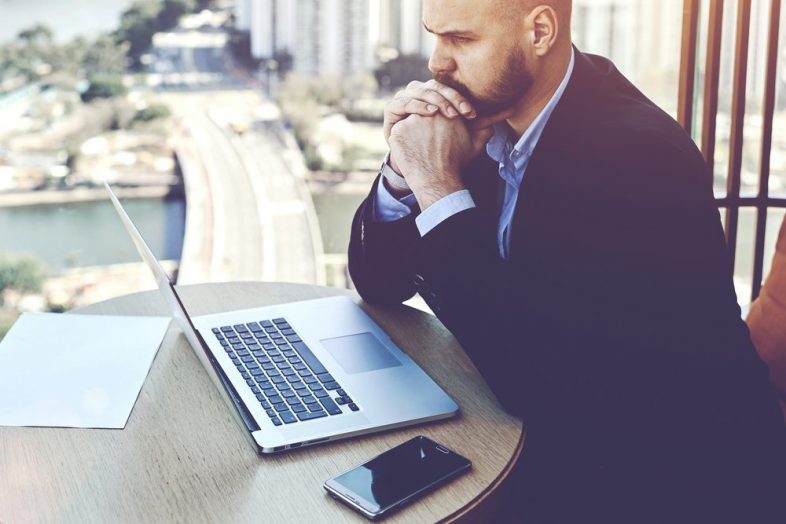 Certificates of deposit (CDs) are a special type of deposit account designed to give you incredibly safe, long-term returns on your money.

Individual retirement accounts (IRAs) are special accounts that provide tax benefits that let them help you save money for retirement.

You can have an IRA CD, which basically puts a CD inside an IRA.

But, when you go to open one, you're like to have to option between a traditional or Roth IRA CD. Each offers different tax benefits, so the one you choose depends on your personal situation.

Compare the benefits of both types of account and help you choose the right one for your needs.

The Basics of an IRA CD

Again, an IRA CD is simply a CD that is held inside an IRA.

Normally, people put nearly anything in an IRA. The common investments are mutual funds, stocks, and bonds.

When a bank offers an IRA CD, however, it usually allows only CDs in it.

Opening a CD in an IRA lets you combine the benefits of CDs and IRAs into one account.

They tend to pay more interest than a savings account, but require that you commit your money to the CD for a specific amount of time.

For example, you might open a 5-year CD. When you open the CD, you’re promising the bank that you will leave the money at the bank for 5 years without touching it. In exchange, the bank pays you more interest than it pays on a savings account, which lets you withdraw your money anytime.

To see the benefit of this, consider this example:

Each month your interest will compound, meaning you’ll earn interest on the interest you’ve already been paid -- accelerating the growth of your balance.

This can be a good thing if interest rates drop since your savings won’t be affected.

If interest rates increase, however, you’ll lose out.

The reason CDs pay more interest than savings accounts do is because you promise to lock your cash into the CD for a set time.

However, that doesn’t mean it’s impossible to get your money out of the CD before the term ends.

If you need to take money out of a CD before the term end, you’ll pay an early withdrawal penalty.

These penalties are usually calculated as a certain number months’ interest.

Longer-term CDs will charge larger early withdrawal fees. If you make a very early withdrawal, it is possible to withdraw less money than you put into the CD, so it’s important to only put money that you don’t need into a CD.

When a CD’s term ends, you’ll have a certain period of time, which varies by bank, to make changes to your CD.

If you don’t withdraw the money during this time, most banks will roll your balance into a new CD with the same term. If that happens, you’ll have to wait until the new CD matures, or pay an early withdrawal fee to get the money.

Though both traditional and Roth IRAs offer tax advantages for retirement savings, there is one important difference.

Traditional IRAs offer immediate tax savings, letting you defer your taxes until the time you retire.

With a Roth IRA, you pay taxes now but won’t pay taxes on the money in the future.

The fact that you put in a CD in either IRA doesn't have much effect on the tax rules regarding each type of IRA.

Therefore, it is more important to remove the CD part of the conversation to better understand whether you should select a traditional or Roth IRA.

Traditional IRAs are the original type of IRA and provide immediate tax benefits to savers.

When you contribute money to a traditional IRA, you can deduct it from your income when you file your taxes. What that means is that every dollar you save in an IRA actually “costs’ less than one dollar.

Unfortunately, you don’t get these tax savings for free. When you withdraw contributions and earnings from a traditional IRA in retirement, you’ll pay taxes on the money as though it were income.

That’s why traditional IRAs are often called a “tax-deferred” account.

Usually, you’ll come out ahead by deferring your taxes. Most people earn more while they are working than when they are retired. That means they’re in a lower tax bracket when they retire and will pay less tax overall.

Who should use it

This makes traditional IRAs great for people who are in a high tax bracket and expect to earn less during retirement.

One other benefit of a traditional IRA that is applicable only to a very specific group is that traditional IRA contributions can help you qualify for the saver’s credit.

The Saver's Credit gives a tax credit to low-income people who save for retirement. You can get a credit on up to $2,000 of contributions.

To be eligible, you must have an Adjusted Gross Income (AGI) below a certain level. This table shows those requirements for 2018:

Roth IRAs provide the benefit of a traditional IRA in reverse. Instead of deducting contributions to your Roth IRA from your income, you pay taxes on the money now.

In exchange, you don’t have to pay tax on any money you withdraw from a Roth IRA, whether it be money you contributed or earnings from that money.

This can be a boon for people who wind up with large balances in their Roth IRA. That makes Roth IRAs a great place to put high-risk, high-reward investments. Traditional IRAs are more well-suited to low-risk investments like CDs.

The main situation where you’d want to open a Roth IRA CD is when you’re in a low tax bracket.

If you are in the 10% tax bracket, or even not paying tax at all, opening a Roth IRA could be a good idea as you may be in a higher tax bracket in retirement.

Keep in mind that you are limited in the amount that you can contribute to an IRA each year.

You are allowed to contribute a maximum of $6,000, or your total earned income, whichever is lower.

That makes IRAs a great way to get a last-minute tax deduction.

Instead, that contribution space is lost forever. That means it’s important to contribute as much as you can each year.

When you contribute money to an IRA, you mark it specifically for retirement, and in exchange, you get the tax benefits.

If you want to withdraw the money before you reach retirement age, 59½, you’ll have to pay a penalty.

For early withdrawals from a traditional IRA, you’ll immediately owe income tax on the money you withdraw. You’ll also owe an additional 10% penalty.

Roth IRAs are a bit different. You can withdraw contributions to a Roth IRA without any penalty. If you want to withdraw earnings from those contributions, you’ll have to pay a 10% penalty.

Which Type of IRA Should You Choose?

The type of IRA you should choose depends on which tax benefit is best for you now.

If you’re a high-earner, you want to minimize the taxes you’re paying as much as possible. That means that putting money in a traditional IRA to get the immediate savings is the best plan.

If you don’t earn much, but still want to save, a Roth IRA is probably the best choice. You can take advantage of your low tax rate in the now, in hopes that you’ll be earning more by the time you withdraw the money.

As you can see, your choice between traditional or Roth IRA CDs will ultimately be determined by the tax benefits that you want.

Focus on whether you want a traditional IRA or a Roth IRA.