Can Non-U.S. Citizens Have Retirement Accounts (401k and IRAs)? 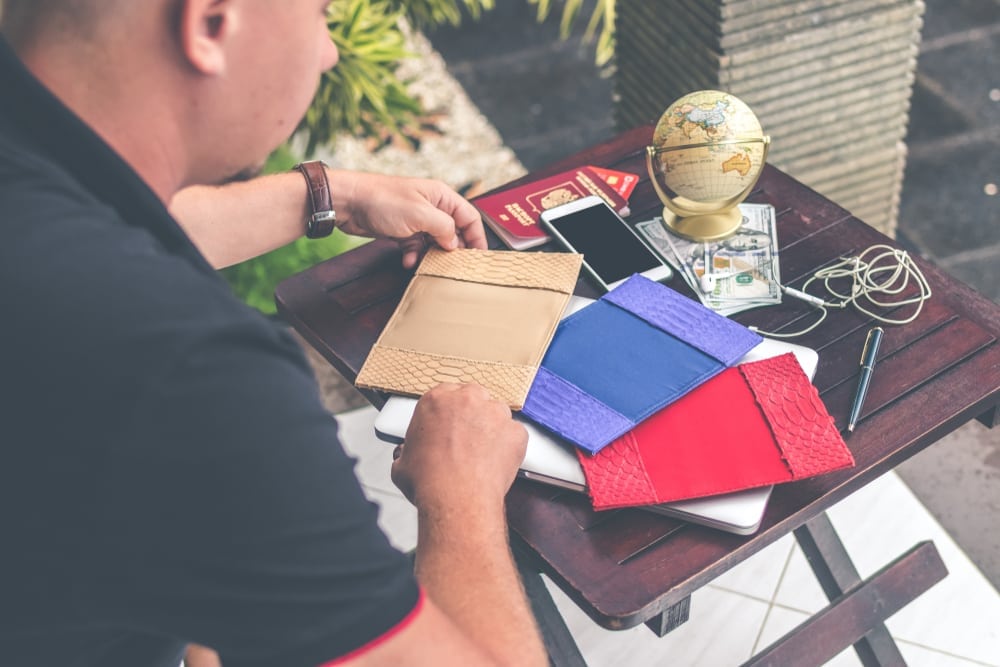 If you’re a citizen of another country, but legally able to live and work in the U.S., the Internal Revenue Service (IRS) views you as a nonresident alien for tax purposes.

Since you’re required to pay income taxes on the money you earn, you might wonder if you’re eligible to open a retirement account as a non-U.S. citizen.

A 401(k) and an individual retirement account (IRA) are excellent tools to save some of your earnings for the future. But can you?

The short answer is “yes.”

While some people might believe retirement accounts are only available to citizens, non-citizens can have a 401(k) and a traditional or Roth IRA, too.

If you’re working in the country for a U.S.-based company, chances are that your employer will offer a 401(k). If your employer doesn’t offer this type of plan, there’s the option of contributing to an IRA.

The ability to have a retirement account as a non-U.S. citizen is a major plus because you’re able to save for the duration of your employment in the country. If you were to postpone retirement saving until returning home, you could miss out on years of long-term growth. As a result, you’re forced to play catch-up later in life.

If the company you work for offers an employee match program, there’s also an opportunity to maximize your account while in the U.S.

It’s important, however, that you understand the rules for participating in a retirement account.

A U.S.-based company isn’t required to offer their employees a 401(k) plan. But this is an incentive, and many people specifically seek out employers that offer retirement benefits.

You’ll receive information about eligibility when hired by a company. In most cases, employees must be at least 21 before they’re able to participate in the plan. Additionally, some employers require a minimum of one year of service, or more than 1,000 hours of service.

You’ll contribute pretax dollars into a traditional 401(k) plan, and then pay taxes on withdrawals in retirement. Some companies match contributions up to a certain percentage. As of 2018, the annual contribution limit for a 401(k) is $18,500. You can contribute up to $24,500 if you’re age 50 or older.

Some employers also offer a Roth 401(k), but this isn’t very common. The difference with a Roth 401(k) is that your contributions are made with after-tax dollars. So you can enjoy tax-free withdrawals in retirement.

Keep in mind that if you withdraw money from your account before age 59 1/2, you generally have to pay a 10 percent penalty and income tax on the withdrawn amount.

A non-U.S. citizen legally working and living in the country can also open an IRA. There’s the option of a Roth or a traditional IRA. This can be your sole retirement account. Or you can open an IRA in addition to a 401(k).

Investing in both a 401(k) and IRA is a smart move for a comfortable retirement. It’s estimated that you’ll need about 85 percent of your pre-retirement income in retirement.

An IRA isn't an investment. But rather a type of account that holds different types of investments — certificate of deposits, mutual funds, stocks, government bonds, etc.

Anyone under the age of 70 1/2 can open a traditional IRA. Understand, however, that you can no longer contribute to this particular account after this age as well.

Traditional IRA contributions are tax-deductible in the year you make the contribution. This reduces your taxable income, but you will owe taxes on these withdrawals in retirement.

Rules for a Roth IRA differ. You don’t get a tax deduction with this account, so you’re able to withdraw money tax-free in retirement. The annual limits for a Roth IRA are the same as a traditional IRA. One notable difference is that you can start a Roth IRA at any age and there’s no age limit on contributions.

You can also contribute to both a Roth IRA and a traditional IRA at the same time. However, total contributions for both accounts cannot exceed the limit for the year.

Similarly to a 401(k), early withdrawals often result in a 10 percent penalty and you’ll pay income taxes on the withdrawn amount.

What Do You Need?

But while it is possible to have a retirement account as a non-U.S. citizen, you’ll need a few things to qualify for one.

Bear in mind that you can only open a retirement account if you have a Social Security number or an Individual Taxpayer Identification Number (ITIN). A SSN is issued by the Social Security Administration. Meanwhile, you can request a ITIN from the IRS.

In most cases you’ll already have one or the other. This is because earned income is another requirement to open a retirement account, and most employers only hire workers who have a SSN or a taxpayer ID.

You’ll need a SSN or ITIN for a retirement account so that your interest, dividends, and gains can be reported to the IRS. You can apply for one or both, but only if you can show immigration documents confirming that you’re legally able to live and work in the U.S.

But just because you’re able to have a retirement account in the U.S. doesn’t mean that you should. There are a number of factors to take into consideration.

Do you foresee staying in the U.S. permanently and possibly becoming a citizen? Or, will you eventually return to your home country?

If your plans include remaining in the U.S. permanently and retiring here, you probably won’t run into problems. You can contribute to your accounts and withdraw your money penalty-free once you’re eligible.

But if you think you’ll eventually return to your home country, make sure you understand how this decision impacts funds in your retirement account.

This, however, is a costly option.

Remember, if you’re under the age of 59 1/2, you’ll pay a 10 percent early withdrawal penalty and you’ll pay U.S income tax on the withdrawal.

So if your U.S. tax rate is 20 percent, you’ll pay a total of 30 percent on the withdrawal.

The good news is that you might get some of this money back through credits and deductions when you file your tax return. Consult a tax professional for more details.

You can reduce your tax liability after moving back home if you wait until the following tax year to cash out your retirement account. This only works when your earned income decreases upon returning home, thus putting you in a lower tax bracket.

Understand that you don’t have to cash out your retirement account upon leaving the U.S. There’s also the option of leaving money in the 401(k) (if you have more than $5,000 invested) or rolling the money into an IRA until you’re eligible for penalty-free withdrawals.

First, find out whether your home country has a tax treaty with the U.S. Under this treaty you should be able to enjoy tax-free growth of your 401(k) or IRA when you return to your home country.

Also, once you’re eligible to withdraw funds in retirement, your home country may not treat this money as taxable income. Therefore, you’ll only pay U.S taxes on this income.

As a side note, there’s a hack to withdraw money from a U.S.-based retirement account early when you return home and avoid taxes.

As a nonresident alien filing a U.S. tax return, your annual personal exemption is $4,050.

Therefore, you can withdraw up to $4,050 per year from your 401(k) or IRA and not owe any taxes — but only if this withdrawal is the only income you receive from the U.S in that tax year.

Also, you must file a nonresident tax return to qualify.

There’s nothing that prohibits a non-U.S. citizen from having a retirement account, as long as you’re able to legally live and work in the country.

Before you open an account, seriously consider whether you plan to live permanently in the U.S. or return to your home country.

Not to say you shouldn’t contribute to an account if you plan to leave. Just make sure you do your due diligence and fully understand the financial repercussions of cashing out a retirement account early.

<p>What Options exist for those who are retired, now live overseas, but still have an IRA in the US?</p>

Can You Contribute to Both a 401(k) and an IRA at the Same Time? By: Paul Sisolak
Load more posts +