Learn how to create a Roth IRA conversion ladder to consolidate funds in other retirement accounts for the purpose of an early retirement. 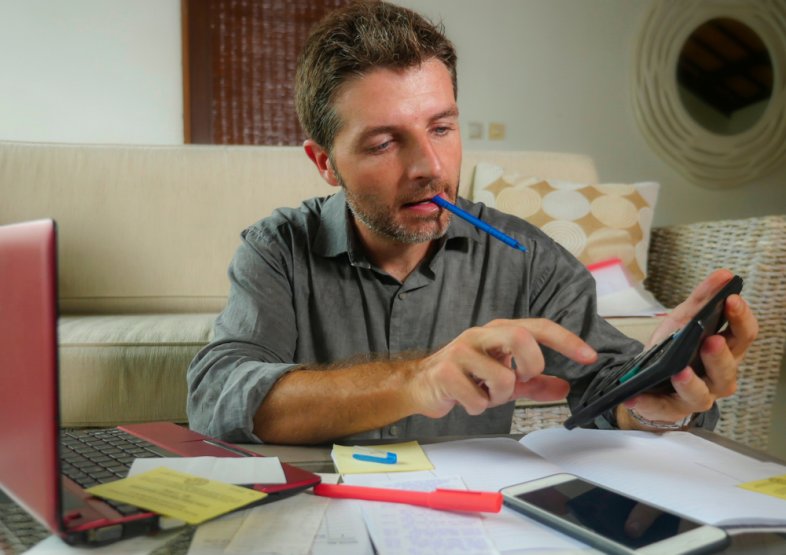 The biggest benefit to a Roth IRA is that distributions from the plan can be taken tax-free beginning at age 59 ½, and as long as you have been participating in a plan for at least five years.

This creates an obvious advantage, particularly if you expect to have substantial income in retirement.

With a Roth IRA, you can take distributions without increasing your tax liability.

However, the major limitation on Roth IRAs is the size of the contribution.

This limits how much you can accumulate in a Roth IRA, especially compared to employer-sponsored plans, like the 401(k) plan and the 403(b).

But there is a workaround, known as a Roth IRA conversion. That’s where you convert funds held in other retirement plans to a Roth IRA.

And since many people have several hundred thousand dollars in other retirement plans, converting some or all those balances to a Roth IRA has the potential to create a large source of tax-free income in retirement.

What is a Roth IRA Conversion Ladder?

As the name implies, a Roth IRA conversion ladder is a strategy in which you convert other retirement funds to a Roth IRA over several years.

Since Roth IRA conversions subject the balance converted to your ordinary income tax rate in the year of conversion (but not the 10% early withdrawal penalty), you spread the conversion over five years.

This will be a necessary step for most taxpayers, since doing a $250,000 conversion will likely push you into a much higher tax bracket. That will result in the conversion costing a lot more in taxes than would be the case by spreading it over several years.

In addition to saving you money on taxes, the Roth IRA conversion ladder has another benefit. Since you’ll be paying taxes on the conversion amount each year, those balances effectively become nontaxable contributions.

However, after you do a Roth IRA conversion, a 10% penalty for early withdrawal will apply on any balances withdrawn within five years of each individual annual conversion.

Put another way, if you’d like to access your converted balances before turning age 59 ½, without paying either ordinary income tax or the 10% penalty, you’ll need to do annual conversions beginning five years in advance.

For example, if you plan to rely on distributions from your Roth IRA conversion for 10 years, you’ll need to begin making annual conversions five years before the first distribution.

By making 10 annual conversions, you’ll be able to make 10 annual withdrawals five years after each conversion.

Why Would You Consider a Roth IRA Conversion Ladder?

A Roth IRA conversion makes sense for anyone who has a large amount of retirement assets in other plans, and wants to move them over to a Roth IRA, which will create a source of tax-free income.

Roth IRA conversions have become very popular among those with retirement plans of all sizes.

But a Roth IRA conversion ladder has a specific benefit to anyone who plans to retire earlier than age 59 ½.

The basic problem of most would-be early retirees is that the vast majority of their money is tied up in various tax-sheltered retirement plans.

If distributions from those plans are accessed before turning 59 ½, you’ll not only pay ordinary income tax, but also a 10% early withdrawal penalty.

But by creating a Roth IRA conversion ladder, you’ll be able to access some of your retirement funds through the converted Roth IRA balances before turning age 59 1/2.

The Roth IRA conversion ladder is used to create the cash flow to provide income in advance of turning age 59 1/2.

At that age, you’ll be able to access funds from other retirement plans subject only to ordinary income tax. The 10% early withdrawal penalty will no longer apply.

How to Build a Roth IRA Conversion Ladder

Assuming you plan to retire before turning age 59 ½, you’ll need to take the following steps:

A Roth conversion ladder will only be necessary until you reach age 59 ½.

Since you’ll be able to access funds from other plans, including your remaining Roth IRA balance, the ladder will no longer be necessary.

The best way to illustrate a Roth IRA conversion ladder is by using a table.

We’ll use the following assumptions for this table:

In 2020, you’ll make your first Roth IRA conversion for $40,000 (3), by converting funds from other plans, like your employer-sponsored plan or a traditional IRA.

The major downside of a Roth IRA conversion ladder is that you will pay ordinary income tax on any converted balance in each year a conversion takes place.

Under ideal circumstances, you should pay the tax out of non-retirement funds. If they must be paid out of retirement funds, that will increase the amount of withdrawals from the 401(k) plan. And that, in turn, will create an even higher tax liability.

Still another downside to consider is the possibility of depleting funds in traditional retirement plans through the Roth IRA conversion ladder.

The ladder is designed primarily to provide tax-free income prior to turning age 59 ½.

For this reason, as well as the tax consequences, a Roth IRA conversion ladder should be carefully considered with advice from a CPA or other tax or retirement expert.

What to Consider in Creating a Roth IRA Conversion Ladder

Because of the tax liability involved each year you make a Roth IRA conversion, it’ll be best done in years when your income is relatively low.

For example, if you plan to retire early, the best tax strategy would be to do the Roth IRA conversions after you retire. Because your income will be low, so will your income tax liability.

That type of strategy would, of course, require you to live on other sources of income during the first five years of the Roth IRA conversion ladder.

For example, you may need to live on a reduced earned income during that time.

Alternatively, you might live out of funds held in taxable accounts.

Since the withdrawals from those accounts won’t create a tax liability, you’ll be able to take funds each year without needing to pay tax on them.

Naturally, this will require a substantial investment portfolio. You’ll need funds for:

A Roth IRA conversion ladder is certainly a strategy worth considering if you plan to retire early and don’t want to pay taxes on your retirement distributions.

But it has to be undertaken carefully, and only after considering the tax consequences of conversion, as well as the availability of assets throughout the process, and into the traditional retirement years.