How Do Taxes Change After Marriage?

Find out how your taxes change after marriage, including deductions, exemptions, retirement contributions, and gift taxes, especially when filing taxes jointly. 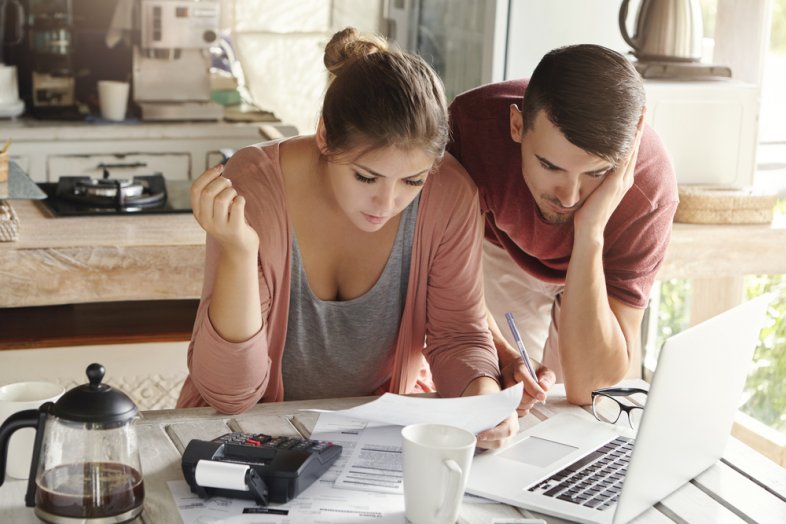 It's a reasonable concern, given that taxes affect almost everything in life these days.

Any effect is likely to be minimal.

In general, the new tax law successfully addressed certain imbalances in the previous tax code. But even where it didn't, the increase in tax liability isn't likely to be dramatic.

And there are even certain provisions in the new law that will even produce a more favorable outcome than what used to be the case.

Since it's impossible to generalize, let's take a look at a few significant provisions where marriage and taxes meet.

Fortunately, there's something of an equalizer when it comes to income tax rates.

Under the Tax Cuts and Jobs Act passed in December 2017, the tax rates that apply to income brackets for singles are precisely doubled for married couples filing jointly.

Let’s start by looking at the income tax rates and income brackets for 2020:

That largely removes the "marriage penalty", that saw a married couple paying a higher tax rate than two single people would.

So while the new tax law addressed the marriage penalty, it also means most taxpayers will avoid seeing an automatic increase in tax rates as a result of getting married.

But there are other provisions in the tax law that can produce different outcomes.

The news is mixed when it comes to itemized deductions.

As you probably know by now, the standard deduction increased dramatically after 2017 under the new tax law.

That's caused a substantial reduction in the number of people who are able to itemize their deductions.

The news is worse for married couples.

For 2020, the standard deduction is $12,400 for single filers, and $24,800 for married filing jointly. Since as a married couple, you’re generally combining expenses, you may not qualify to itemized deductions once you're married.

For example, let's say that when you were single you had itemized deductions totaling $18,800.

Since that's well above the $12,400 standard deduction for single filers, you’re able to get the benefit of $6,400 in additional tax deductions by itemizing on your return.

That will leave you short of the standard deduction threshold, removing the ability to itemize for additional tax savings.

The situation is made worse by the fact that limits have been placed on certain significant deductions.

For example, there is now a limit of $10,000 on "SALT" deductions - state and local taxes. If you live in a state that imposes a state income tax, and both you and your spouse pay substantial taxes at that level, you may lose part of the deduction for those taxes.

This will be particularly true if you're a homeowner with a high real estate tax bill.

On the positive side:

If neither of you would be able to itemize as singles, you’ll get the benefit of the higher married standard deduction.

The news is mixed on IRA contributions.

If you're single, and you're not covered by a retirement plan, you can take a fully tax-deductible contribution on a traditional IRA of $6,000 per year, or $7,000 if you're 50 or older.

But if you're married, and your spouse is covered by a retirement plan at work, your IRA contribution tax deduction may be either limited or completely ineligible.

The situation might actually be to your benefit with a Roth IRA.

The Roth IRA is different from the traditional IRA, because it's not a matter of tax deductibility. Once you exceed certain income thresholds, you can’t make a contribution to a Roth IRA at all.

But if you're married, you can make a Roth IRA contribution in full with a combined income of up to $196,000.

The contribution phases out up to $206,000, after which it’s no longer permitted.

But with a higher income threshold allowed for married couples, you may get the benefit of a Roth IRA contribution that wouldn't be available to you if you were single.

If you're married, and one spouse isn't employed, he or she can still make an IRA contribution based on the income of the spouse who is employed.

This is known as a spousal IRA.

The tax deductibility of either contribution will be limited if the employed spouse also has a retirement plan at work, as described above.

Exemption on the Gain from the Sale of a Primary Residence

The news on this one is all good.

The IRS permits a very generous exemption from the gain on sale of your primary residence.

But the exemption is much larger if you're married, compared to being single. As a single person, you’ll get an exemption on a gain of up to $250,000 on the sale of your primary residence.

This is significant because whether you are single or married, you can only have one primary residence.

There’s all positive news on this front.

Inheritance tax really only applies to multimillionaires, at least at the federal level.

But if you happen to be one of the lucky souls worth more than $11.4 million, you'll be happy to know that on the death of either you or your spouse, the other will inherit your full estate free from federal income tax.

That's because an inheritance passed from one spouse to another is not subject to the inheritance tax.

There's a more immediate benefit as well. Under current tax law, you can gift up to $15,000 to any individual without having to pay the federal gift tax, or file IRS form 706, United States Estate Tax Return, which will charge the excess gift amount as a reduction in your total estate exemption.

As a married individual, both you and your spouse can each gift up to $15,000 to the same person without either needing to pay the gift tax, or file for the exemption.

This will apply to who wants to gradually transfer funds to their children or other beneficiaries as before their death.

If you're planning on getting married, but you're concerned about the impact marriage will have on your tax situation, you shouldn't be too worried.

Under the new tax law, disadvantages that had long been built into the tax code have largely been resolved.

But there are some issues that can work against you, depending on your personal tax situation. The deductibility of IRAs is one example.

But with a good tax preparation software plan, or a knowledgeable professional tax preparer, you can usually at least minimize any potential negative outcomes.

In the end, tax considerations shouldn't have a major impact on your decision to get married.

After all, money isn't everything.

In the case of marriage, it’s likely to have less of an effect than you might think.