Tesla Insurance: How to Get Auto Insurance for Your Tesla Vehicle

Learn about Tesla insurance and what it covers while you're shopping for auto insurance to insure your Tesla vehicle -- be sure to compare rate quotes. 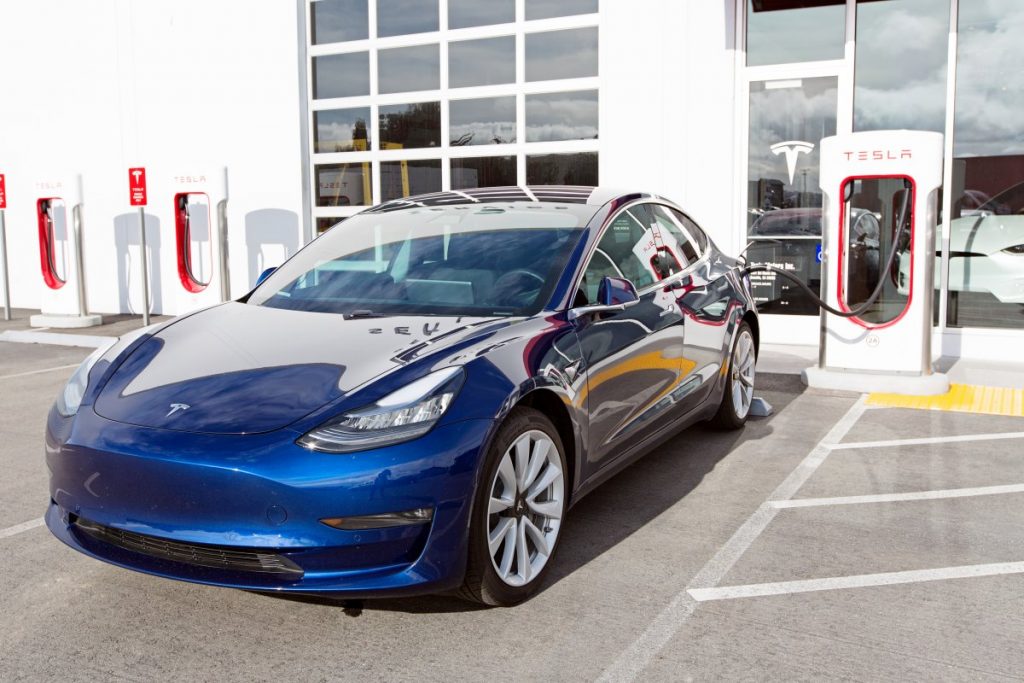 So you’re buying an electric car from Tesla when the salesperson or maybe the office manager throws a curveball at you. “Do you want to buy car insurance from Tesla?”

You don’t hear the usual: “Can you give us your car insurance company, so we can make sure you drive off the lot, fully insured.”

No, the question is, “Do you want to buy car insurance directly from Tesla?”

Tesla began offering owners in California the ability to buy car insurance directly from the car manufacturer. (The plan is to sooner or later offer this to car buyers in other states.)

Maybe it would be better to get standard auto insurance from a conventional insurance company?

As is often the case with shopping and insurance, there aren’t easy answers.

So if you’re going to buy a Tesla, should you buy insurance from Tesla?

"Tesla Insurance offers coverage for physical damage and bodily injury resulting from traffic collisions and against liability that could also arise from incidents in a vehicle. We also provide additional financial protection against theft of the car, and damage to the car for events other than traffic collisions."

Tesla is known to be one of the safer cars out there, partially due to its design and its partially automated driving system. That it’s an electric car probably helps, too; no gas tank explosions after a bad wreck.

But while insurance goes up with unsafe cars, which generally isn’t the case for a Tesla, it also shoots up for expensive cars with expensive parts.

That is definitely the case with a Tesla.

Tesla consistently appears on lists suggesting that it’s the most expensive car to insure. These are, after all, wildly luxurious cars that can run into the six figures (they aren’t all insanely priced; the Model 3 runs around $35,000).

Unless you’re made of money, you’re going to want to try and find the best car insurance rates for your Tesla because, well, your monthly premiums are probably plenty high enough.

The company has said that their policies are up to 20 percent cheaper – and sometimes 30 percent less – than conventional insurance companies.

You still should do some car insurance comparison shopping to be sure.

It’s impossible to say for sure because it depends on factors such as your age, your driving record and certainly what discounts you qualify for with an insurer.

For instance, are you bundling your car insurance for your new Tesla with perhaps your homeowner’s insurance?

There are so many numbers that go into the algorithms that determine the cost of insuring a driver – your age, what state you live in, your credit rating.

You never want to assume that any insurer is the cheaper or better policy without doing some digging first. Again, that’s assuming you like to save money.

Well, first of all, you’ll want to check with Tesla and see if you can buy car insurance directly from the manufacturer.

As already noted, at the time of this writing, you can only buy car insurance from Tesla Insurance Services (a subsidiary of Tesla) if you live in California.

If you are in a state in which you can buy car insurance through Tesla, you should by all means find out how much it costs – you can request a quote before delivery once an assigned VIN is available in your online Tesla account, according to the website -- and then do some comparison shopping to see if you can do better.

Before Buying Car Insurance from Tesla

Assuming you care about getting best car insurance deal you can for your Tesla, you’ll want to the following action:

Study the policies when comparison shopping

Tesla’s own website suggests that, and it’s good advice.

You may find that Tesla’s car insurance is cheaper – or more expensive – when you look at the two policies beyond the price.

You want to make sure you’re receiving the same coverage and paying the same deductible when you compare the prices.

Knowing how you might save on insurance later could save you money in the future.

You also want to compare the little things, such as – do you get additional coverage if your car is stolen or vandalized? If your vehicle is in an accident and then in the shop, will your insurance pay for a rental car for you to drive in the meantime?

A policy with an insurer you already have may go lower (if an insurer gives you a discount for having two different policies, that’s known as bundling).

If you love Teslas and have, say, two or more of them in your household, you may also get a multi-vehicle discount with Tesla, and so that may be helpful to know.

You’re more connected to Tesla than ever

This is a good thing, if you’re a fan of the car.

If you are in a car accident, and you need to get a rental car, your rental car will be a Tesla.

When your car is repaired, it’ll be diverted to a mechanic that specializes in fixing Teslas.

So even if you do end up paying slightly more for your car insurance through Tesla, it may be worth it to you.

If you’re trying it for the first time and don’t really have an opinion yet, then you may be more focused on price than being excited about what happens in the event of a car accident.

Should You Buy Tesla Insurance?

If you live in a state where Tesla offers you car insurance, you should, for sure, get a quote – and then comparison shop with other car insurers.

Tesla has a reputation for making excellent cars, and there’s no reason to think that it won’t have good insurance, too. But you’ll never know if you have the best car insurance for your Telsa – or any car, for that matter -- if you don’t shop around and compare rates.

And finding the best car insurance deal can be an electrifying experience. Especially in the case of a Tesla.