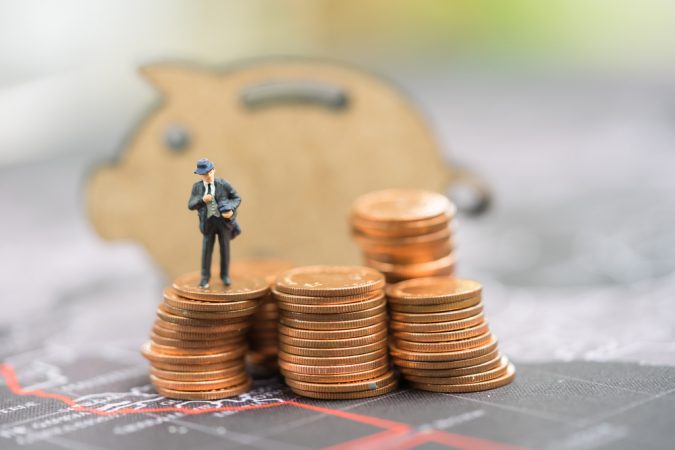 Have you ever had an error on your bank statement? Have you been charged fees you weren't expecting?

Or maybe you made a mistake and an overdraft occurred, and you would like to have the penalty removed. In some cases, a simple visit to your local branch can quickly resolve a problem, but sometimes, more effort is required to work out a dispute with your bank and successfully resolve a problem.

Whether the problem is a small one or something serious enough to harm your credit rating, handling a dispute with tact and using the proper channels can save time and aggravation.

If you find an error in your account, it's important to act quickly, and to stay on top of the issue, even if you don't get a resolution from the first person you contact.

Putting it off won't help your case - you have a much better chance of resolving the issue if you act quickly and are persistent.

Frustrated with your bank? Check out these new top banks that people are talking about:

Before you get started, identify all of the contact methods for your bank's customer service departments.

If the problem is related to a mortgage payment or investment, you don't want to start out speaking to someone who handles checking accounts, and then end up getting bounced around in a loop of phone transfers from one department to another.

Take a look at the contacts on your bank's website first, and write down all which seem relevant to the problem.

A good first step is to visit your local branch, if you have one.

Bring the contact numbers with you to verify the proper channel for the problem if the local representative can't or won't help with the issue. By bringing the contact information with you, the representative will know you are serious about escalating the problem and may be more likely to take care of the problem if they are able. Also inquire as to whether the bank has a retention or escalation department. Bank employees whose job it is to resolve disputes and keep customers loyal to the bank may have more authority to make account changes.

Don't begin the conversation with bank representatives from a point of anger. Stay in control and cool-headed.

While they may sense your frustration, yelling, swearing, or making unreasonable statements won't help you, no matter how justified you may feel.

It could also put you into trouble with authorities, so don't let the issue get the better of you or allow it to become personal.

If you aren't being treated well by one representative, seek out another. Make it clear you are not going to give up until you get results.

If you treat the representative as an ally instead of an adversary, you may get faster results.

While it may seem as though the bank is at fault initially, make sure you fully understand the issue and how it happened.

Be open to accepting that you may have been at fault, or that the terms of your account are different than the way you understood the terms.

This will help you avoid the problem again in the future, and may result in the bank representative being more open to resolving the issue in your favor while allowing the incident to act as a warning.

If the bank does provide some leniency in a matter, be sure to show appreciation for the act as that can have a lasting impact on future policies.

Some large banks have a social media strategy which includes customer retention.

Bank of America has an official customer service handle on Twitter, @BofA_Help, which is staffed with representatives and checked during regular business hours.

Like some other companies, they also have a Facebook presence for customer service issues, and a response is usually promised to be issued within one business day.

While making contact in a public forum can influence a company concerned about its reputation, you obviously won't want to share private information in a social media newsfeed, and some banks may not have staff to actively monitor social media accounts.

The bottom line is that putting your message out in a public way may be worth trying, but may just result in the need to take extra steps.

If the issue isn't resolved favorably, you need to let it go and move on unless you feel it is worth taking up with an attorney.

Moving on can be in the form of simply putting the issue in the past mentally, or physically closing your accounts.

Before making a quick decision to end your business relationship with your bank, make sure it is in your best interest to do so.

If you need to refinance a loan, you may end up paying unwanted fees or a higher rate.

You may not get better terms and could be stuck with terms that led to the original problems. Make sure it's worth your time and effort before packing it in with the bank and doing business elsewhere.

<p>The ATM gave me $400 extra..I returned the money to the police headquarters and a lieutenant gave me a letter stating he gave it to a man from Dunbar who service the machine..in the meantime the bank had debited my account for $400.what should I do?</p>

<p>My son &amp; his wife are military and have USAA bank &amp; have for 2 or 3 years. But this month they took out the $485.00 car payment, but didn't get it to the bank. They admitt they took it out ,but don't no where it went. They say they can't find it ,but they can file a paper and they will 2 months to do. Meanwhile there payment is late. What options do we have.? Any ideas on who we should do?</p>