529 Plans or CDs: Choosing the Best Way to Save for College

The average college graduate will be in debt $26,600, according to The Institute for College Access and Success. In addition, more than half of college students are taking longer to graduate — five to six years instead of the traditional four. The added cost of two years in school, and subsequent loss of earnings, will add up to well over $100,000.

With news like this added to the upward spiral of college costs, many young parents should begin to think very early about how they’re going to fund their childrens’ future education. 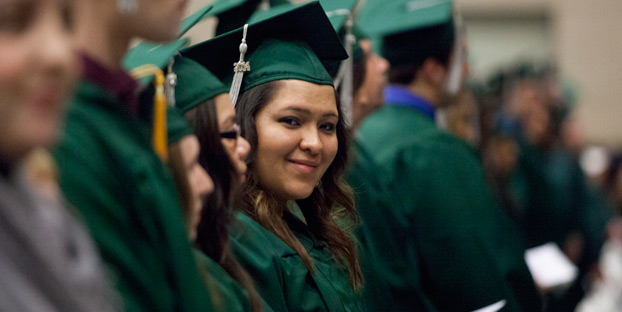 If you’re a parent in your 20s, with several years ahead of you to build a fund for your children, you’re probably wondering, what’s the best way to save for college? Well, the decision really comes down to gauging how comfortable you are with risk.

It’s a clear choice between climbing aboard the roller coaster of the stock market to ride your fund up and down with a 529 plan — or settle into the more conservative certificates of deposit (CD) savings plans which are insured by the government.

It’s much like the fable of the tortoise and the hare. In a sprint, the rabbit — or 529 plan — can run circles around the turtle — or CD savings. But, in a marathon, the rabbit can’t always be depended upon to finish, while the turtle is a guaranteed sure thing.

The state-sponsored 529 plan — named after a section of the IRS code — offers a variety of investment options that are designed to grow college savings with tax advantages.

Some states offer two variations of 529 plans, while others only offer one. But you’re not limited to using the specific plan for the state you live in. You can also have plans in multiple states. While other state plans could have fewer fees, the income tax deductions or matching funds available from your own state may make that plan more attractive.

First look into whether your state offers any state tax deductions. Go to SavingforCollege.com and click on your state. There you can compare  thousands of 529 portfolios from across the country.

You’ll also be able to see how these portfolios are performing. Each quarter of the year they’re analyzed and ranked — from top to bottom — for one-year, three-year, five-year and ten-year investment performance.

While there are a variety of different types of CDs to choose from, they all come with a term or duration in which the bank will pay you interest. For your college-bound kid, it’s best to choose one that is a longer term.

Cost of plans and prepaid plans

If you’ve done some research on 529s, you’ve probably heard of prepaid plans, which can sound good because they allow you to purchase tuition at today’s rates, which means you no longer have to worry if your investments will keep up with tuition increases. But there are three major downsides to prepaid plans, such as:

1. You have no control over how the money is invested. Other plans offer you control of where your contributions go.

2. State prepaid plans may limit top value to in-state public universities. You may be get partial value at private schools or out-of-state colleges.

3. Some plans have closed due to lack of funds. Make sure that plan is guaranteed by the state.

For a CD, you’ll get hit with penalties if you try to withdraw your funds prior to the maturity date. Typically, for a five-year CD, this means you’ll lose the last six months’ worth of interest. Because a CD is a “set it and forget it” type of investment without any regular transactions, an investor is less likely to incur fees.

What if your child later decides not to attend college?

Some parents worry that their child will decide not to attend college, making it a waste to save so much for their child’s higher-education expenses. Not true.

Account owners can change the beneficiary if the original beneficiary decides not to continue his or her education. You can consider other immediate family members, even yourself or your spouse. You just need to stick with IRS guidelines about beneficiaries.

If you opened a CD, you wouldn’t have to worry about the hassle of changing beneficiaries (it is advised to see a financial planner if you decide to do this with a 529).

529 plans provide families with an excellent choice to save for future college expenses, but these plans have proved to be more volatile than anticipated.

Why CDs are the safer choice

If 529 plans are beginning to sound as if they’re too risky for you, open a CDs to save for college.

Stock market returns beat CD yields over the long-term, but one thing is certain. At least with CDs you never have to worry about your college savings losing money.

Here are three options that will keep your college savings fully FDIC-insured:

A CD ladder strategy designed to help pay for college is easy to set up. You simply extend the maturities of a series of different CDs at regular intervals, and when rates go up you will start earning better returns.

If college is far off? If so, you should take advantage of the long-term certificates that offer the best rates. Will your ladder keep up with college tuition inflation or stock market averages? Probably not. But it might be closer than you think.

When financial advisors point out the inadequacy of certificates as a long-term investing tool, they invariably point to the historical returns based on the national average.

But if you use the highest rates, you aren’t settling for “average.” And those rates tend to be a lot closer to the rate of inflation — even stock market averages — over the long-term than you think.

Finding CDs to use for college savings is easier when you include credit unions in your search. Credit unions tend to market their products to smaller groups, which can allow them to offer some great deals to their members.

Some credit unions even offer certificates that can be purchased for children up to the age of 13. This means that if you buy the CD for a 13-year old, you can ride the same rate all the way to the first day of college.

If you purchased a traditional certificate of deposit, you’re stuck with that yield until maturity (unless you withdraw early) regardless of what happens to rates — and college tuition — in the future.

But there are banks that offer variable-rate certificates that increase as tuition increases. Right now, these certificates are actually paying far less than the best fixed-rate CDs. But if tuition costs skyrocket, you’d have the potential to earn as much as 4.90 percent APY.

These CD options aren’t for everyone, but they are the clear choice for parents who can’t stand the thought of losing their college savings in 529 plans that invest in stocks and bonds.

Here’s the bottom line on CDs: While growth can be slow, unlike a 529 plan, you can’t lose money, as long as you stay within the FDIC insurance limits.